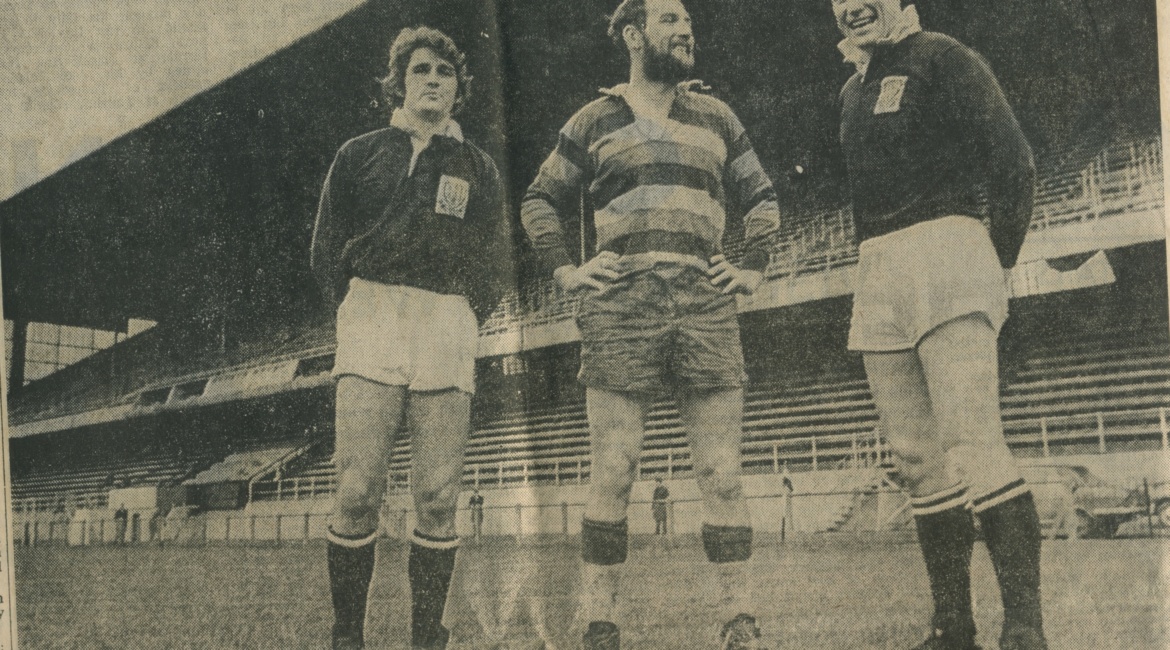 Coming off the back of Ireland’s 2018 6 Nations and Triple Crown success, it is worthwhile recalling another championship that didn’t quite go to plan and went down in history as the championship that never was.

1972 was the 5 nations championship and the grandslam that never happened.  The ‘troubles’ as they came to be known had escalated beyond control in the North of Ireland.  On the 30th January the City of Derry was rocked by the violence of what became known as Bloody Sunday.  By the time of the 5 Nations Championship, the British Embassy on Merrion Row lay in ruins and the list of casualties was mounting.  It was a dark and depressing time in Ireland.

Despite pleas by the IRFU, both Scotland and Wales refused to travel to Dublin and both matches went unplayed.  Ireland beat France (9-14) and England (12-16) away and it was under this pretext that the great Ireland team of the day were robbed of their chance for Triple Crown glory. Read Tony Ward’s article here on the Ireland Team HERE

So it was on February 26th 1972  the day that Ireland were due to host Scotland in their 5 Nations home fixture, Ballymena instead travelled south of the border to HQ to play Lansdowne Football Club in a solidarity match.

Lansdowne were coming off the loss of the League final (narrowly losing to St. Mary’s the previous Sunday), the result didn’t quite go Lansdowne’s way.  Ballymena won by 20 points (1 goal, 2 tries and 2 penalty goals to 3.  Lansdowne’s points were kicked by Miklos Kos (1 penalty goal).

Lansdowne Side which played Ballymena

Former Lansdowne and Ireland International Lock Con Feighery sent us this photo recently of the historic match played at Lansdowne Road on the 26th February 1972.  Con himself points to the only player of the three without properly pressed shorts and jersey so perhaps this is the joke being shared in the photo!

As a footnote to this,  Con still regularly attends Minis training to watch his Grandson, Hugo McGuinness play for the club.  Hugo plays with the U7 team under the guidance of David McKeown and Alan Reddan.