Another Comprehensive J3 Victory Warms up a Chilly Night at HQ 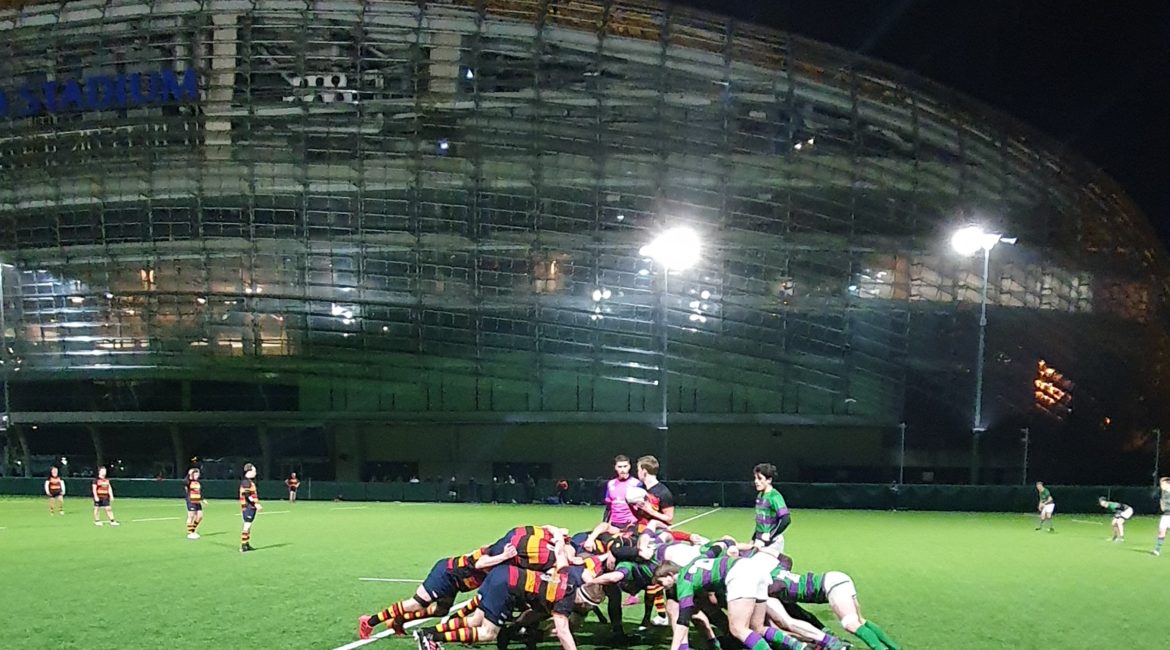 Only the hardiest of supporters (kudos to Paddy Halpenny!) made it down to HQ on a Baltic Friday night, but the visitors from CYM had a torrid time of it as the J3s attacked relentlessly from the kickoff!  To their credit, CYM withstood 20 minutes of constant and varied onslaughts until the Man from La Mancha and tight head prop, Abel Gilbert Matas pierced their defences for the first time and went over for a try.  Out-half Rob Troy made short work of the conversion, his first of many on the night and we were off. 7 – 0.

We continued to dominate the next period of play, through ruthlessly efficient scrums and lineouts, thanks largely to Abel’s front row companions Luis Castro’s and Ruadhan Pitts’ control and strength. The pack also ran confidently in open play, notables including second row, Conor Horan and back row David Kavanagh.  But what about the imperious lineout jumping and all-around athleticism of Evan “Fuzz” Fenton?  How many runs and crash balls does a man have to make and still not get the try he so richly deserved? Due in no small part to many of Fuzz’s personal sacrifices and heroic efforts (as he suggested earnestly in the bar afterwards), the try that resulted from all this forward pressure came from the backs in the end.  From outside their 22, Scrum half, Conor Clery spotted an overlap on the blind side and changed the direction of his pass at the last moment in what looked like a welcome return of the dive pass (with a twist). Whatever his intentions, he released centre Josh Healy down the short side and with winger Jack Vaughan looking menacing outside him, they made up a two to one overlap on the hapless defender.  Having Jack out there was enough to draw the covering defenders across and Josh weaved through the gaps they created expertly to go over for our second.  14 – 0 on the half time break and with a bench bristling for action, it was clear there was plenty more to come.

Sure enough, when coaches Tunney and Quinn Jnr all but emptied the bench at the break, the unfortunate visitors were in for an even more torrid time.  Within two minutes of the restart, we were back on their line, testing and probing and now penetrating CYM’s wilting defences.

Replacement number 8, Donal Liddy made short work of the opposition when he broke from the back of a scrum after just moments on the pitch. Rob did the honours again and we were 21 points up without reply and within touching distance of the all-important bonus point.

And we wouldn’t have to wait too long, as within minutes of the restart, we were back at the throats of the opposition, this time winger Jack Vaughan deservedly receiving the pass that would let him score. Based on the strength of his running and his deceptively agile footwork, this, his debut try for Lansdowne looks like being the first of many.

Now we were queuing up for tries and some even asking for seconds, with Liddy going over for his second, followed soon after by Abel (by name and Able by nature) taking his. Still nothing from Fuzz though.

But full marks for the resilience of the CYM visitors, they never gave up and they received some reward when they went over for a well taken try before the end. The final score was 38 – 5.

The rewards for the vigorous and yet open style of rugby this group has been playing all season are just now starting to be reflected on the scoreboards. Perhaps a little late for the league (barring a miracle) but it bodes well for a good cup run.

Wrap up warm and come to see for yourselves! 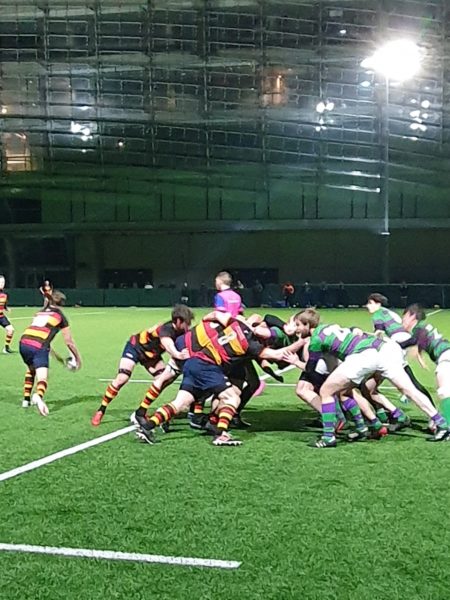 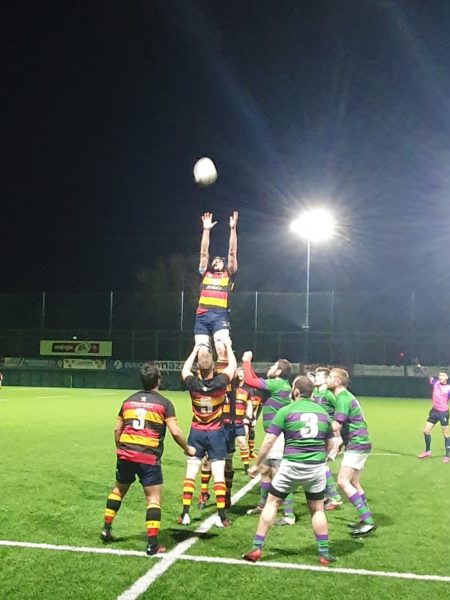