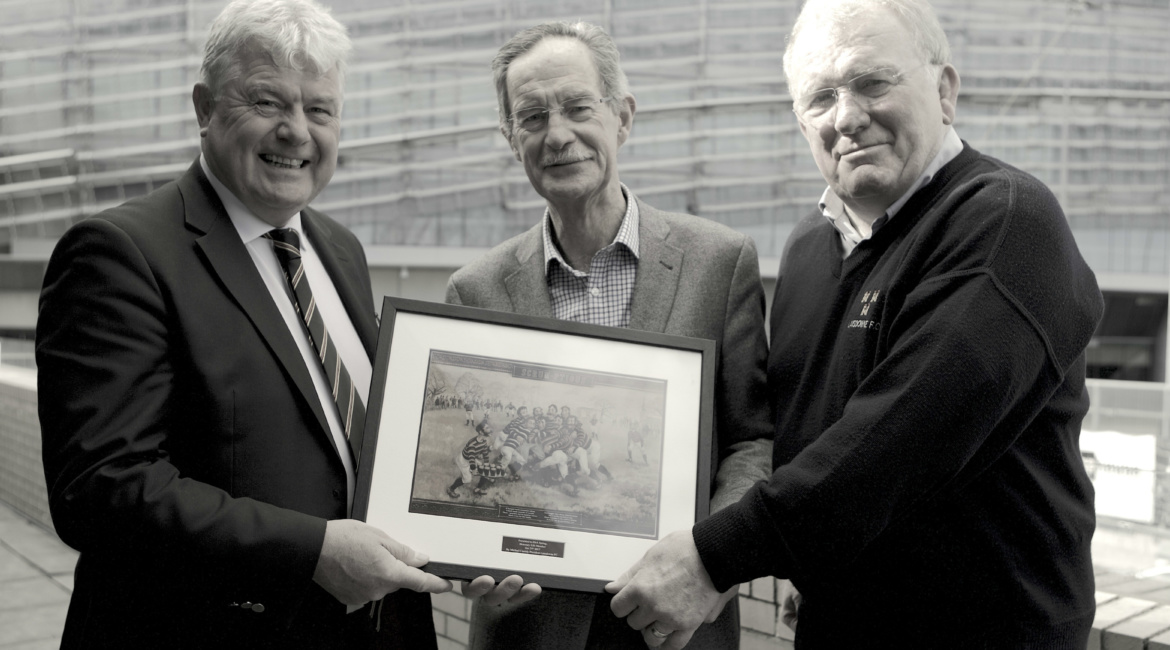 On the day when Lansdowne 1st XV claimed a new club record with an 11 try haul over Dublin University in the Ulster Bank All Ireland League, it was fitting that at the pre-match lunch, Dick Spring was awarded honorary life membership of Lansdowne FC.

Paddy Boylan, past president of Lansdowne and more importantly, teammate and friend of Dick, spoke before the presentation of Dick’s accomplishments on the rugby field.

As Paddy recounted, “Dick was Captain of the Club in 1978/79 and led us to a 24-3 Leinster Senior Cup win over Terenure. Dick was more than a fine rugby player, in fact he was instrumental in changing training methods and attitudes at the club.

Dick also managed to play for Ireland three times during what was then known as the Five Nations Championship. His first cap was against France on 20 January 1979 here at Lansdowne Road.

Rugby’s loss was politics gain as Dick decided to forsake the back pitch of Lansdowne for the halls of Leinster House to concentrate on his political career.

It gives me great pleasure to be here to see my good friend and great Lansdowne legend awarded honorory life membership of Lansdowne FC. “