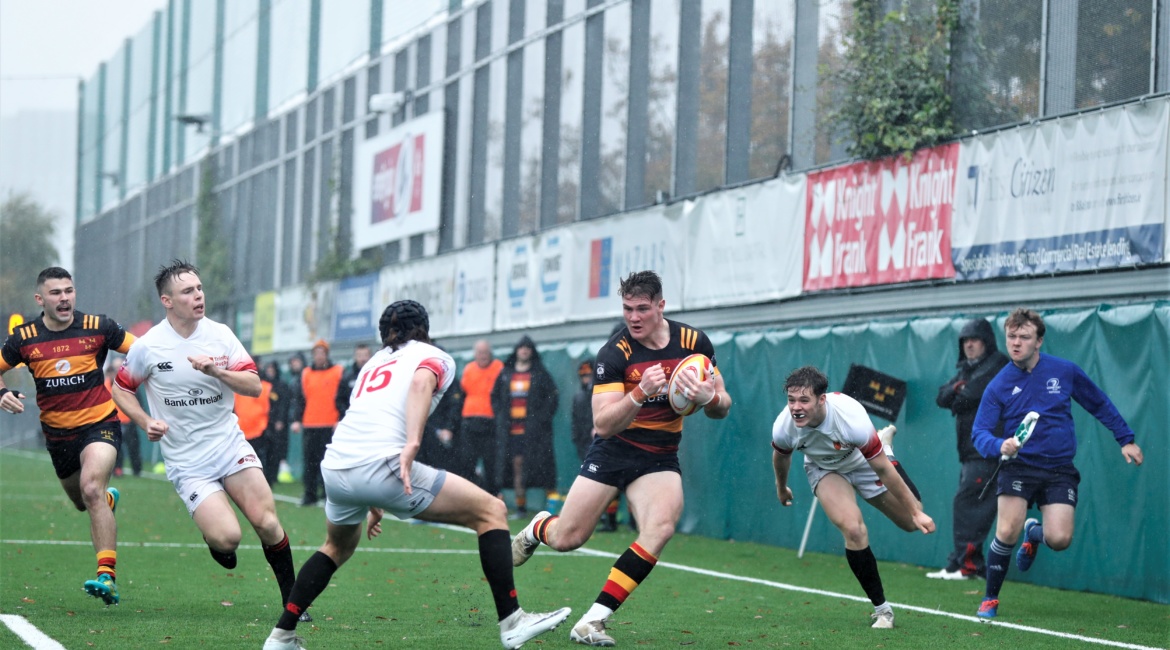 Lansdowne suffered a surprise defeat at the hands of the students of Dublin University at home on a soaked Aviva Stadium back pitch last Saturday.

Having led by 11- points to nil after 25 minutes play and appearing to be in control, Lansdowne were looking good for their second home win of the season in difficult playing conditions – a steady downpour throughout made handling conditions treacherous to the extent that possession of the ball was often a liability.

Instead, it was the Trinity team that weathered the storm, so to speak, and gradually played their way back into the match. Indeed, the students’ superiority in the second half was quite marked, with Lansdowne only managing the occasional foray out of their own half as Trinity took control territorially and, ultimately, on the scoreboard.

Lansdowne made a good start, moving the ball swiftly left as Jack O’Sullivan, playing in the second row, committed at least three opponents to the initial tackle. The ball was spun wide through out-half Tim Foley and centre Harry Brennan to winger Peter Sullivan, who continued his scoring exploits from last season with a try in the corner with only one minute and forty seconds on the clock.

Foley was unable to convert, but Lansdowne had made an excellent start. Despite conceding two penalties in a row for off-side – the second of which resulted in Trinity out-half Micheal O’Kennedy being wide with an effort from 38 metres – Lansdowne extended their lead with a well taken kick from the tee by Foley on 14 minutes to establish an 8-0 home lead.

This was not before a double hit by former Dublin University hooker Dan Sheehan and captain Jack Dwan on the Trinity second row, Arthur Greene, left the latter doubled up on the ground, so devastating was the hit.

Not for the first time, Lansdowne’s discipline was not at the level it should be, and concession of a series of penalties began to hand the initiative to the Trinity forwards. Their rolling line-out maul caused considerable discomfort to the home pack throughout the proceedings.

Lansdowne should have extended their lead in the 20th minute when an excellent kick by lively scrum half Tim Murphy was gathered by right wing James Reynolds. Reynolds fed Jack O’Sullivan who, in turn, passed to blind side flanker Jack Dineen. Dineen almost made it to the line but will probably regret not having used the men outside him.

Instead, the ball was knocked on beside the posts in the ensuing ruck and Trinity gratefully cleared their lines.

Out half Foley extended Lansdowne’s lead to 11-0 with his trusty left peg penalty on 25 minutes. However, from the restart the Headquarters side were penalised and marched an 10 additional metres by the referee for “chat”.

Play resulted in a Trinity line-out maul, but the students knocked on under good defensive pressure. Lansdowne were penalised on their own ball in the subsequent scrum and Trinity took full advantage; a driving maul saw hooker Mark Nicholson cross for a try which O’Kennedy converted to narrow the gap to 11-7 in the 32nd minute.

Both sides struggled to maintain continuity as the standard of play was increasingly affected by the constant downpour. Several bouts of kick-tennis ensued, with the two best backs on display, both full backs Eamon Mills for Lansdowne and James “Jesus” Fennelly of the long hair for Trinity, fielding well and clearing their lines.

Play and the conditions deteriorated further after half-time, but the Trinity eight began to get on top, despite the best efforts of Sheehan, O’Sullivan and captain Dwan, who led by example.

Lansdowne were denied what appeared to be a legitimate try when, following a chip and chase, a yellow black and red-clad hand appeared to ground the ball over the students’ line; the referee thought differently, and awarded a ’22 to Trinity, to the frustration of the Lansdowne players.

This was an isolated second half attack, however, and the students continued to make most of the running. Mobile prop Giuseppe Coyne made a big impact off the Trinity bench and twice cut through the middle to set up attacks in the home ’22.

From the latter of these, O’Kennedy kicked a penalty from in front to narrow the home advantage to a single point, 11-10, after 67 minutes.

The visitors’ sensed blood and again surged onto the attack. O’Kennedy missed a penalty from 32 metres but they were not to be denied. A well-constructed series of mauls set up a drop goal position for full back Fennelly, and Jesus was not to be denied.

A disappointing outcome for a Lansdowne side that put in a huge amount of effort but which, once it had lost the initiative, found it almost impossible to reverse the trend. If the breaks – including the refereeing ones – had gone their way, the result could indeed have been different. C’est la guerre… 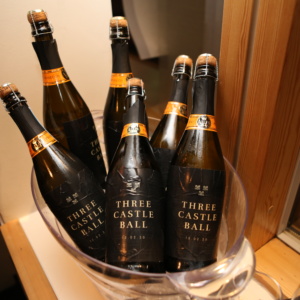 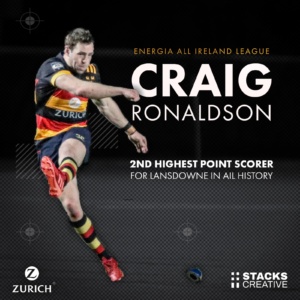