Fantastic Game Of Rugby As Lansdowne Prevail Over Cork Con 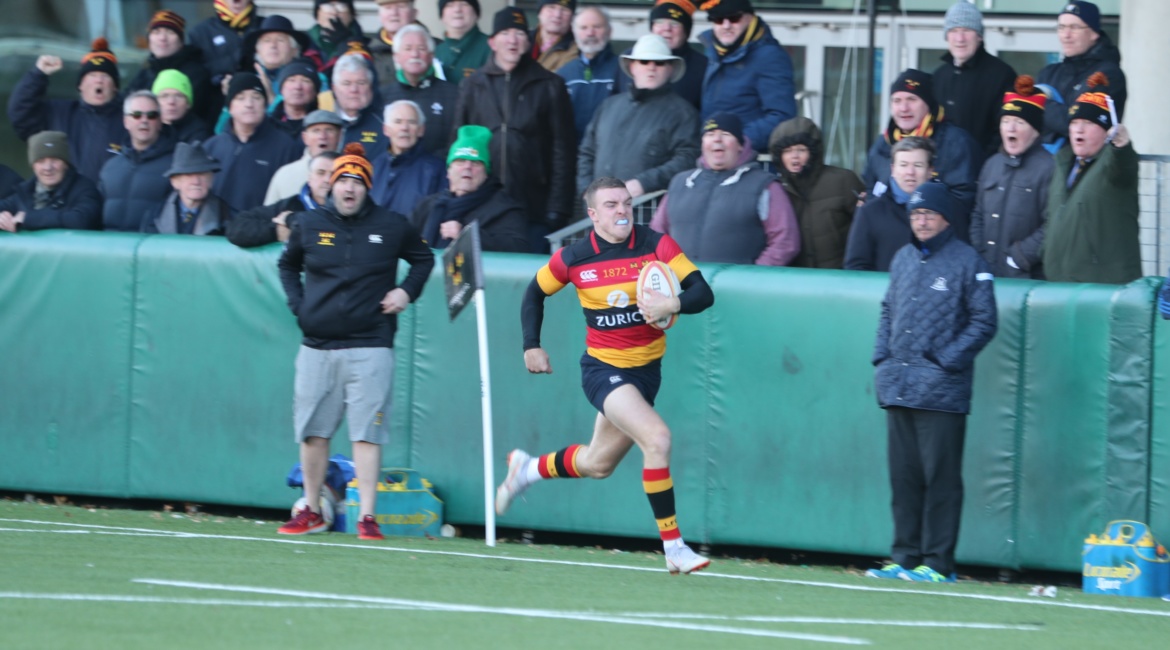 Cork Con must be forgiven if they felt a strong sense of deja vu last Saturday in Lansdowne Road as they were taken apart by yet another young out-half whose stunning debut for his club set him apart as a player of rare promise.

The last out-half of this calibre Con faced in the League was in the AIL final a few years back. Then, a young out half by the name of Joey Carberry was the key player in winning the League final against them for Clontarf. Young Harry Byrne, Irish Under Twenty out-half last year and eligible again at that level this season is, believe me, a player of similar calibre and promise.

Younger brother of Leinster out-half Ross, the whispers are already out there that the younger brother is an even better prospect than Byrne Senior. Ross is already an established professional with Leinster who is likely to win his first cap against Italy this weekend in Chicago. Some compliment, indeed!

On his debut and without a training session with his club, the young and powerfully-built St. Michael’s product hit the ground not just running, but sprinting, in a vital match for Lansdowne against the table-topping and always competitive Cork Constitution club in what was a repeat of last season’s final.

Having lost their first two matches in the competition, the home side recorded their first win in the League the previous weekend against UCD. Bolstered by the addition of Leinster “A” second row Oisin Dowling, Jack Dwan and Ian Prendiville, who together gave both experience and some much-needed ballast against a meaty Lee-sider pack, Lansdowne kicked off with the aid of a biting wind which swept down the pitch from the city end.

It was clear that the elements would offer the chance to dictate play to the side facing the Lansdowne clubhouse. The home side wasted little time in asserting the territorial advantage the wind presented, with young Byrne goaling a penalty from the ’22 after 5 minute’s play.

Lansdowne were immediately on the attack following the restart, and a neat shimmy and injection of pace saw the nippy No. 10 cross wide out for the opening try as the visitor’s defence was guilty of a rare lapse in concentration in the 9th minute for an 8-0 home lead. Con showed their mettle and their threat after 14 minutes when, following a penalty in the
scrum, their hard-working second row Brian Hayes was mauled over from a line-out maul for an unconverted try.

Lansdowne’s reply was immediate; following a penalty line-out close to the Con goal line the ball was worked through several phases and then spun. Harry Byrne, taking scrum-half Tim Murphy’s pass, turned back against the grain and split the visitor’s defence to crash over close to the posts for a try he converted himself to put his side 15-5 ahead.

Byrne then exchanged penalties with Con out-half Aidan Moynihan to leave the score at 18-8 to Lansdowne after 25 minutes.

Despite the challenging conditions, both sides continued to play enterprising rugby at a fast pace in what was turning into an absorbing, high-quality clash between two motivated and totally committed sides.

Given the wind advantage, it was apparent Lansdowne needed more points on the board before turning to face the elements after the break. These duly arrived when winger Daniel McEvoy took Byrne’s inside pass to cross for a well-worked try which Byrne converted to see his team into the break 25-8 ahead.

Cork Con had shown enough in the first half against the wind to ensure that the match was by no means over. The first score after the break therefore became of vital importance and it came against the run of play.

Willie Earle, restored to the back row at No. 8, where he had a superb match, won a huge turnover on the Lansdowne 5-metre line. Harry Byrne, filling in at scrum half for Tim Murphy who was involved in the maul sent a long pass to captain and full-back Eamonn Mills a metre from his own posts. Mills duly fed centre Mark O’Keeffe, who moved out wide, making ground, before releasing left winger Adam Leavy, who was still 85 metres from the Con try-line.

Leavy duly outpaced the initial cover, beat his opposite number Jack Costigan and then handed-off covering out-half Moynihan to cross for what is already a contender for try of the season.

Byrne was unable to convert across the wind, but crucial first blood and psychological advantage in the second half went to the Headquarters Club. The voluble home support was in rapturous delight, with the bonus point secured.

The game continued in a high-tempo vein, with the Cork Con scrum – mainly due to impressive Munster tight-head Brian Scott – engineering several penalties which ensured Lansdowne had to do an awful lot of defending.

They accomplished this task with relish, with David O’Connor looking comfortable at 6 and hooker Tyrone Moran, Jack Dwan and Dowling in the row as well as loose head Denis Coulson, centre Mark O’Keeffe and out-half Byrne getting through a massive defensive workload.

Territorial advantage saw Con’s pressure inevitably pay off with a try by their evergreen No. 8 Luke Cahill on the hour. But time was running out for Con. Joe O’Brien came on for Lansdowne and played a stormer until he was unluckily yellow-carded for knocking-down a pass. In the meantime, he had crossed for a mauled try to extend Lansdowne’s lead to 35 points to 20, winger Jack Costigan having crossed wide out on the right for an unconverted try a few minutes earlier as the ding-dong nature of this epic match continued.

Con’s committed efforts were rewarded in injury time when their centre and captain Niall Kenneally barged over for a bonus-point try, converted by Moynihan, to frustrate some magnificent Lansdowne defensive work during the last quarter, led by winger Daniel McEvoy.

The final score in Lansdowne’s favour, 35-27 with five tries, set points scored and try records for Lansdowne against Cork Con. The match aggregate of 62 points also set a new total between the two sides. Brilliant, entertaining stuff and compliments to all the players and coaches involved!

Afterwards, Man of the Match winner (sponsored this season by Causeway Capital Managers) Harry Byrne was pleasingly modest about his achievements, commenting how fantastic it was to play behind such an awesome pack!

Next to Limerick, where the Cookies await. Fifth match, fourth away from home. It will get (a little) easier! See you in Limerick!! 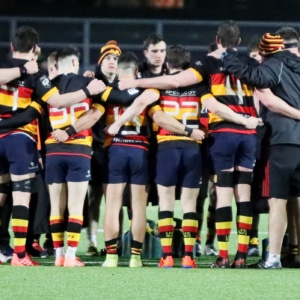 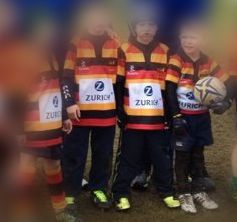 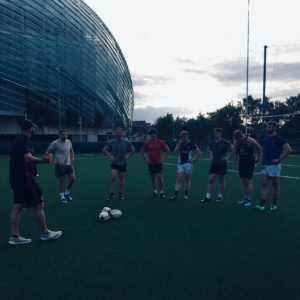 Club Update from the President – Return to Training and More!

L'Équipe reporting that more than 10 Stade Français players have tested positive for Covid-19 after a pre-season training camp in Nice.

Start of Top 14 season is four weeks away, pre-season games due to start next week.

#ReturnToRugby as @SixNationsRugby have confirmed the rescheduled games against @Federugby and @FranceRugby in October @IrishRugby head coach Andy Farrell speaks to the Irish Media today - see https://t.co/6lrLMSlATN for all the news later today

L'Équipe reporting that more than 10 Stade Français players have tested positive for Covid-19 after a pre-season training camp in Nice.

Start of Top 14 season is four weeks away, pre-season games due to start next week.

#ReturnToRugby as @SixNationsRugby have confirmed the rescheduled games against @Federugby and @FranceRugby in October @IrishRugby head coach Andy Farrell speaks to the Irish Media today - see https://t.co/6lrLMSlATN for all the news later today