Great Effort not Enough for J2’s to stop Naas 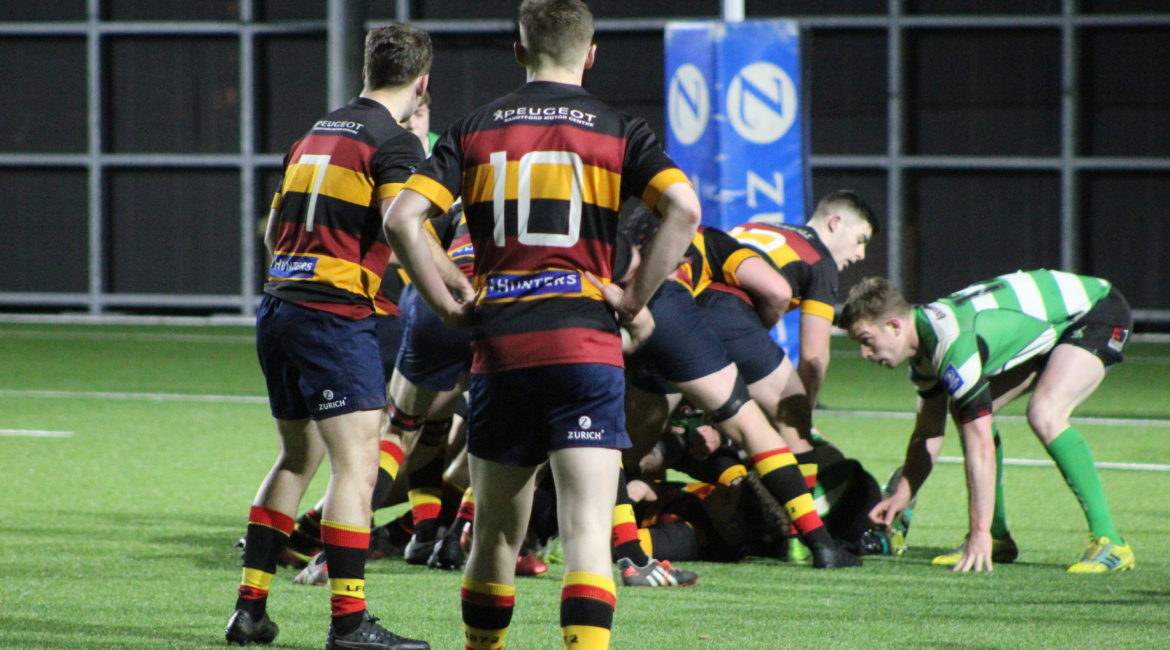 After a disappointing performance away to Naas early in the season, the J2s’ determination to make amends was clear from the mood before kick off, in the dressing room and the warm-up.  But it wasn’t to be and the Naas J1’s, packed with talent, were worthy winners, even if the score flattered them and the home team finished the stronger.

The opening quarter offered up a heady end to end display, with both sides eager to run and tackle with energy and precision. It was only after an extended period when Naas were pitched on our line that they scored their first try on the 25 minute mark. But the walls of our defence having been breached once, a second seemed inevitable as we received a yellow card.  And so it was that they went over for their second try less than five minutes after the first.

But we weren’t going to lie down and the returning wanderer Peter (“I’ve played for every team in this club”) Reilly, showed his contribution to the team and the club as he powered over the Naas line, dragging two or three defenders with him. Welcome home, Reilly!    7 – 12 and we were very much back in the hunt.

Unfortunately, our momentum was stalled by another yellow card that can best be described as “sketchy” and Naas took full advantage, scoring another to take us into half time 7 – 19.

The second half opened with promise as Oran James slotted over a penalty after a period of sustained pressure, but again any hopes of momentum building were dashed by a whistle happy official and another two well taken tries from Naas.  10 – 31.

And still our determination was never wanting and substitute Tristan Bodor scored a try only minutes after coming on. He, together with the other international import, Joao Vierra added energy and healthy aggression to our attack bringing the tally to 15 – 31 and keeping hope alive.  That hope took a bit of dampening, when Naas ran in their final try, but sparked back to life when Oran scored and converted to give us the final score or 22 – 38.

But the final 15 minutes were notable for a few reasons. The Naas team, though worthy winners (and don’t forget packed with talent), had to resort to repeated infringements giving rise to a total of six yellow cards over the course of the game; the referee struggled to keep control on the match particularly at the end; but most notably, we played as well if not the best we did all night in those last 15 minutes, which is a testament to the lads’ determination and bodes well for the cup and a strong second half of the season.