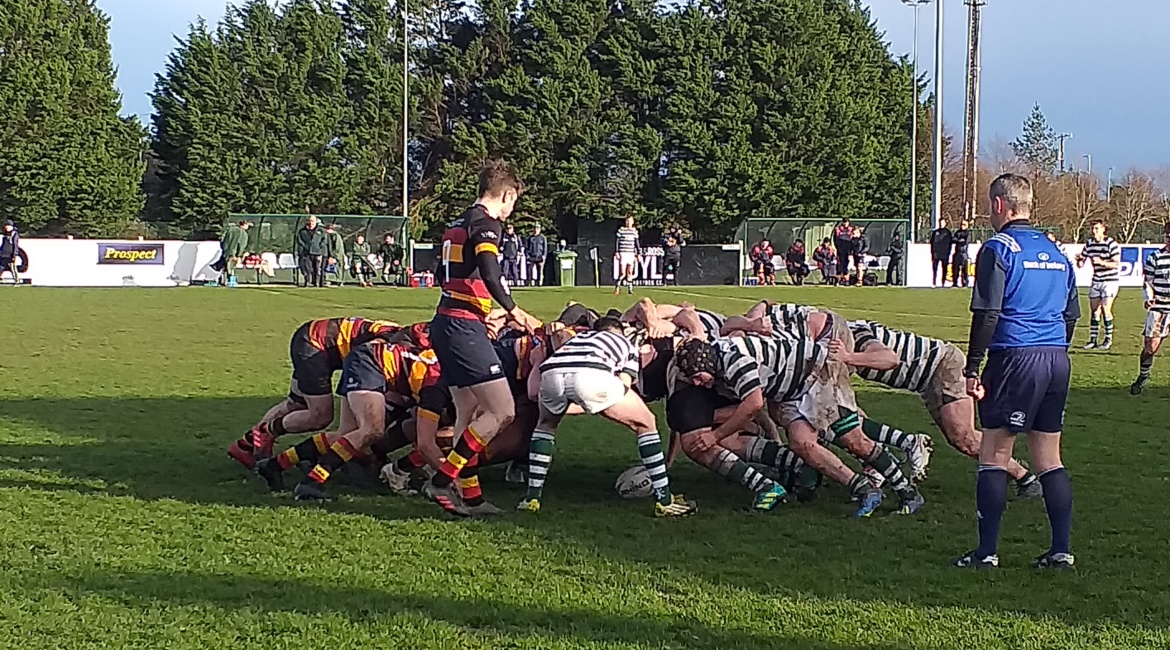 You can blame the conditions if you like, but they affected both sides equally and most Lansdowne men in Greystones will admit that we just lacked the fire of the host side, if not the talent or ability.

The early stages of this encounter saw us make a series of mistakes and bad decisions handing even more advantage to Greystones than the fierce wind was already providing. Greystones capitalised with a converted try and then penalty in the first 15 minutes and another try bringing the toll to 15 – 0 on the half hour mark. Then with five minutes to go in the half we seemed to get the measure of the conditions and the opposition and work ourselves into a scoring position with scrum half and captain, Gareth “Slugger” Malloy finishing off a move with a well taken blind side try.  15 – 5 would have been a great score to take into the second half, but our concentration seemed to lapse and we let in a penalty and not one but two more tries before the break. 29 – 5 and we did have a big hill to climb, wind or no wind.

We spent extended periods in the Greystones’ 22, but their resolute defence kept us at bay. It wasn’t until 20 minutes into the second half that we breached their defences when James Whelan finally went over.  29 – 10 with 20 minutes to go and maybe we can still work a miracle.

But the hosts weren’t resting on their laurels and counter attacked their way back into our danger zone, scoring another try a few minutes later.  34 – 10.  The final nail in our coffin came just on full time, when Greystones, still living in our 22, took another penalty to finish us off 37 – 10.

Very little to rejoice about in that performance. A side we beat comfortably earlier in the season simply made far less mistakes, used the conditions better and … yes, sorry to say it … they just wanted it more.