J2s Fought Bravely, but Muscle and Game Management Overcame Style and Adventure in the End

Lansdowne FC > All News > Club > J2s Fought Bravely, but Muscle and Game Management Overcame Style and Adventure in the End 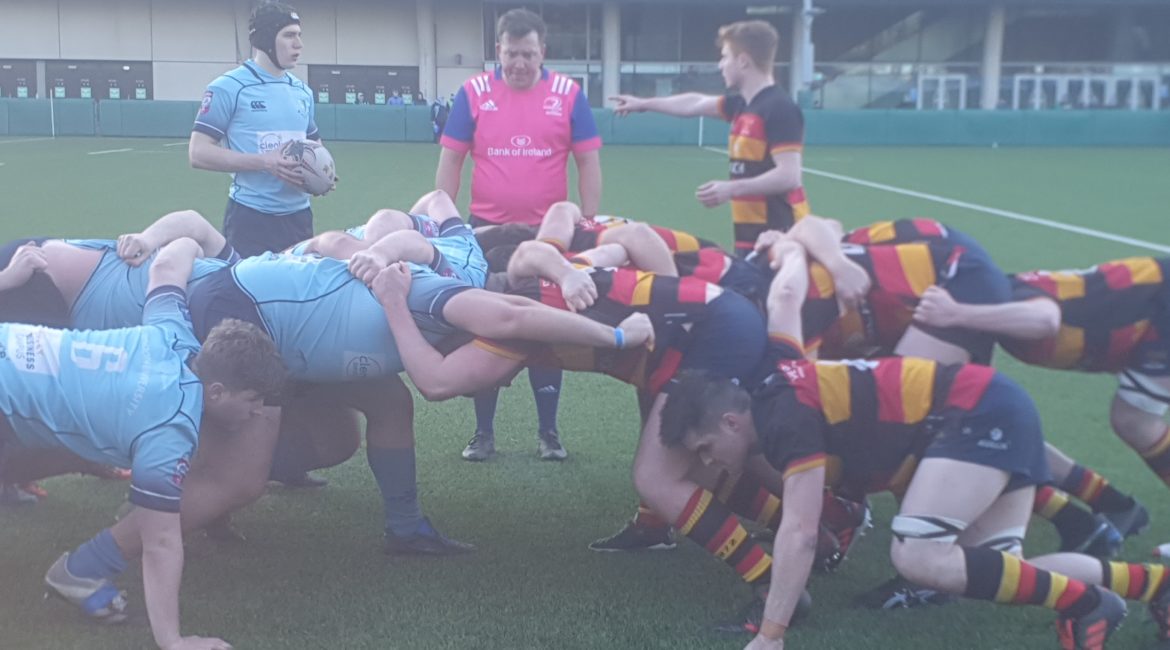 Don’t believe what you read on score lines; this was a close and entertaining match.  Two drastically different styles clashed: one a fast-paced and adventurous, albeit ring-rusty; the other organized, meticulous and ultimately effective.  Barnhall had given us a hiding before Christmas but contrary to the look of the final score line, they didn’t have it their own way at all on this return fixture They realized this three minutes into the match, standing under the post awaiting our first conversion attempt.

The match opened with blistering intensity, as Lansdowne showed the full range of their forwards’ fast rucking and backs’ pace and handling. A varied attack ended with winger Danny Hogan finishing in the corner.

The first quarter was all ours, and we might have made more of our early superiority, but for a number of handling errors and a reluctance to use the wind advantage to keep us playing in the visitors’ red zone. But our real strength was fierce and creative defence.  We turned over several balls in rucks, but also with speedy “jackalling” on tackles in midfield.  League toppers Barnhall kept in touch, however, with a well taken long range penalty into the wind (the first of four from their dead-eyed kicker), followed by a try and long-range conversion. An uncharacteristic defensive error let one of their big centres through and the rest of Barnhall piled through to finish the move.  They added another penalty before half time making it 5 – 18 to the visitors with a strong wind advantage to look forward to in the second half.

Barnhall started the second half much as they had finished the first; little enterprise but two penalty kicks. We were still playing all the rugby but we were already down 5 – 24 when we started to play like we had in the first quarter. A vintage sequence of play culminated in a try in the corner for the other winger Sean Neary. Now it was 10 – 24 and we were still full of rugby as we entered the final quarter. But their superiority in the scrums and ruthless efficiency with their kicking game pinned us back in our 22 for extended periods. Eventually the pressure showed and a lapse in defensive concentration allowed them slip through a lineout making it 10 – 29.

We worked our way back up the pitch, now our discipline and order proving better theirs, as they got increasingly scrappy and conceded the penalties. We camped on their 10 metre line and it was front row Paddy Butler that finally broke through for a try. So it was 15 – 29 with less than eight minutes on the clock and when they finally had a player yellow carded for consistent infringements, it looked like we could be in for an exciting finish.  The home sideline supporters were working up to a frenzy as we went through the phases again and threatened their 22, but a potential missed knock on went with the Barnhall defender gathering up the ball gratefully and ran the length of the pitch for a heartbreaking try. It was 15 – 36 with only a few minutes remaining when the final, bitter blow was struck as Barnhall kicked well back into our corner following the restart and won the lineout that followed, pushing over for yet another gut-wrenching try.  Full time 15 – 41.

What might have been if that last pass had got through?  It could have been a one score game with 5 minutes to play and a one man advantage.  But in fairness to the wily old league winners, they played the game and the elements better than us, and though they showed less adventure than we did, they also made less mistakes and conceded very many less penalties.

Not a bad end to a much-improved league performance in previous years.

And, more importantly right now, this was a great shake out match to prepare for the cup and keeping “Albert” at home.