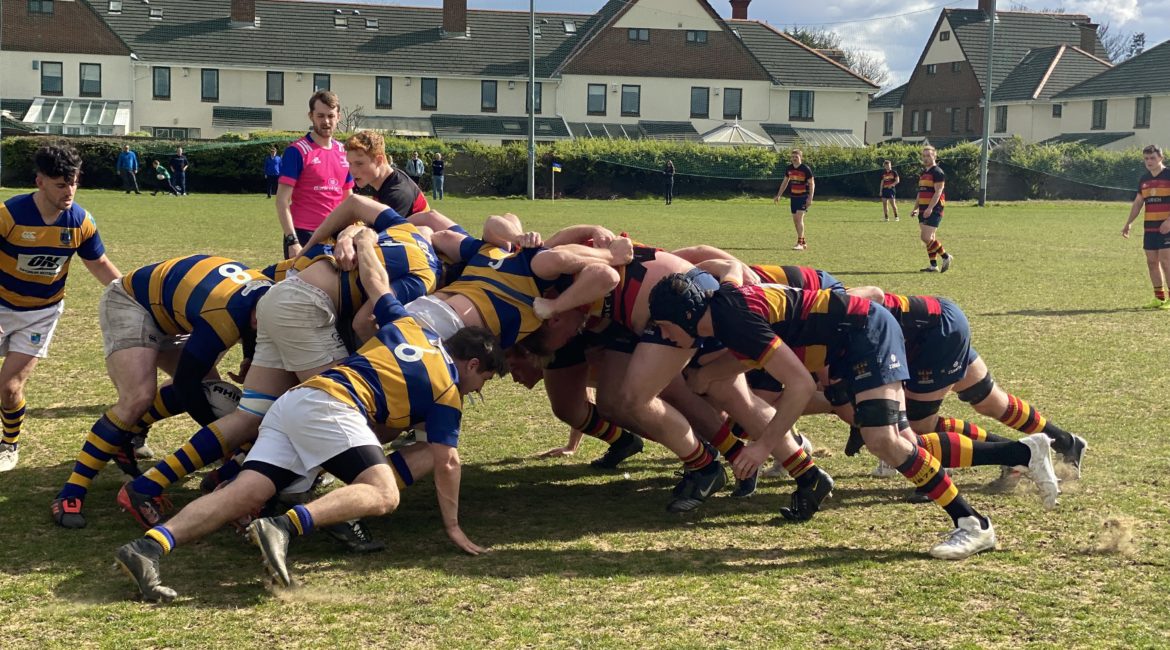 As the season draws to a close, the days get warmer and the rugby gets faster, it’s great to have fixtures like these in clubs like our neighbors’, Monkstown.  Lansdowne received a wonderful welcome, before and after the match, with great competition in between. Both teams took to the pitch somewhat depleted by the ravages of Covid, injury and travel commitments, but from the opening encounters it was clear that those players that did get to the kick-off would make it an exciting match.

Lansdowne seemed to have the better of the early skirmishes, moving menacingly into the Monkstown 22 after various phases.  Early set pieces revealed little to separate the two sides, except perhaps some cup game jitters in the lineouts. It was an attack from Lansdowne backs that broke the stalemate, though not in a way we might have liked.  The ball came right from a Lansdowne ruck in the middle of the pitch and an over-ambitious skip pass was intercepted by a Monkstown flyer who ran the length of the pitch to score under the post.  7 – 0 to the hosts.

The try wasn’t the only blow Lansdowne suffered in the early stages of the game.  Stalwart back row, Dave Kavanagh dislocated his shoulder in a tackle and thus his cup run and season was ended prematurely. We take this opportunity to congratulate him for his brilliant season and wish him the best on his upcoming Tour of Duty in the Lebanon.

Having conceded what now seems like the compulsory terrible try in the opening stages of the game, the Lansdowne boys resumed with renewed vigor and purpose after the restart.  No more than three of four phases had been played when the ball found centre Ross Bailey Kearney on the wing and even though we were just inside their half, RBK set his eyes on the try line. He powered past one tackler and faced with two more, chipped the ball over their heads in a perfectly weighted kick and outpaced them for the race to the line.  (No one has said, or even hinted that RBK was involved in the earlier intercept. Not at all. But we’re just saying, if he had been, this would have been a majestic way to make up for it!) Arguably a candidate for Try of the Season. 7 – 7.

Monkstown played their way back into our half and we entered a phase where we conceded several penalties, Monkstown succeeding in slotting two of them over in close succession.  13 – 7

However, over on the left wing, another contender for scorer of try of the season (against Salmo in the previous round, remember) Danny Hogan sensed his crown might be under threat and decided to do something about it.  The ball came out to him about 15 meters from their line and he feinted as if to cut inside is attacker, only to swerve outside him and sprint over the line in the corner to bring us within touching distance at half time 13 – 12.

There was little advantage to be gained with the change of sides on the pitch, but the tide of penalties did turn from being against us to against Monkstown in the second half as they conceded successive penalties, compounded with additional 10 meters and two yellow cards! In that period, we accepted the gifts graciously and camped inside their 22, our dominance leading first to a try from Rob Hughes off the back of a ruck and soon after to an excellent opportunistic try from Evan “Fuzz” Fenton, with a tap-and-go penalty at least the regulation 10 meters to the line.

With the score now 13 – 22 to us, fatigue and frustration descended on those remaining Monkstown players on the pitch and it started to show.  The Hogan/RBK battle for supremacy took another turn as Ross (RBK) took his second try of the game with a strong finish to an excellent passage of back play.  13 – 27.

We continued to take advantage of our numerical edge and outhalf Bill McNamara repeatedly punished them further with excellently weighted and targeted kicks into space, pinning them back inside their 22.

The cruelest blow in Monkstown’s tough day was probably the final one. Just like we did at the start of the game, they worked their way back down the pitch into our 22. But just like they had done earlier, our centre, Josh Healy intercepted a wildly optimistic Monkstown pass and he ran the whole length of the pitch, being stopped just short of the line. Our support was there in numbers ahead of the Monkstown defence and the ball went out to winger Sean Neary from the ruck that followed, and Sean went over in the corner.  Bill’s touchline conversion never stood a chance.

Final score 13 – 32 and on to Donnybrook to retain the Albert O’Connell in the final! 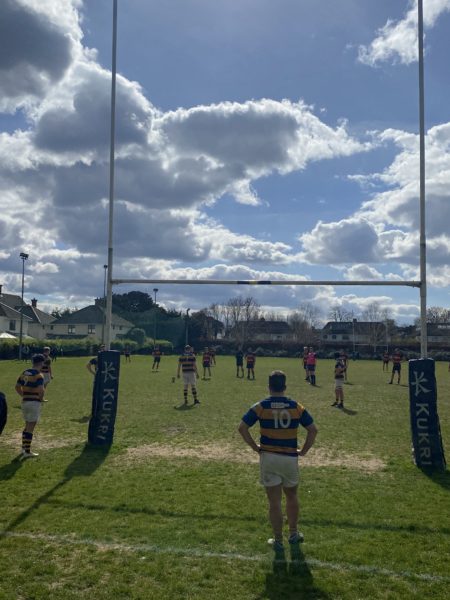 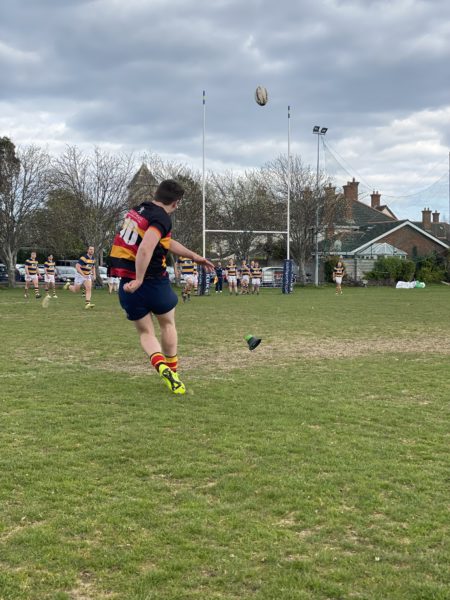