J3s too much class for brave Coolmine.

Lansdowne FC > All News > Club > J3s too much class for brave Coolmine. 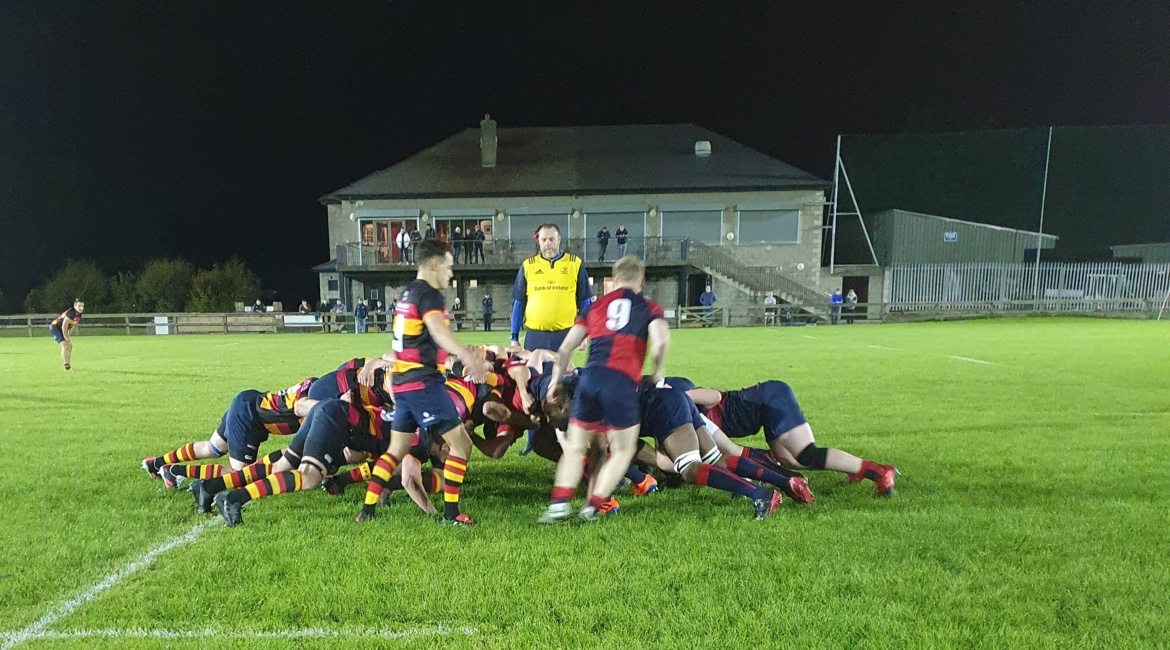 A resurgent Lansdowne J3 squad maintained their composure to overwhelm the youthful and talented Coolmine team, both sides delivering a feast of rugby for everyone at Ashbrook last Friday night.

Coolmine RFC has come up with an innovative way to encourage younger players who might drift away from the club to stay involved. They’ve set up an Under 23 squad and entered them in the Metro League division 5 and that was the squad Lansdowne J3s faced on a crisp, autumnal Friday night in Ashbrook.  Perhaps not quite as well organized yet as our lads were, this was a talented and spirted group and a team to watch when we play them again later in the season.

Lansdowne started the night as they would continue most of it … in Coolmine’s half. From the kick out, Jack Connolly directed proceedings confidently at out half, placing the ball firmly in the hosts’ half and when he left the pitch injured after less than 15 promising minutes, his scrum half, Jonny Hill took over in the same vein, as did the various keepers of the ten slot that would follow.

Planted in or around the Coolmine 22, we moved the ball confidently from side to side, occasionally trying to punch through their defences. But the Coolmine tackles were fearsome – fair but fearsome – so even though we had all the possession and territorial advantage, it took nearly 20 minutes to breach their line. So watertight were their defensive lines that it took one of the smallest men on the pitch, Jonny Hill, to find the tiniest of gaps and dive through it. A great scrum-half try.

The conversion was taken by one of five French players for Lansdowne that night, Mathis Mazaud. Mathis wore the 15 jersey, but it might as well have been 5 + 10, such was his brilliant if unpredictable presence on the pitch. Fullback, then out half then taking a crash ball like a second row! Mathis followed up a few minutes later with a penalty and we looked like we might be in for a comfy night.  0 – 10

But look again. These young Coolmine tigers could attack as well as defend, with their centres and in particular their 11 looking particularly dangerous. It was one of their centres that gratefully accepted an intercept from one of our players (he asked not to be named but read on …) and before we knew it the score was 7 – 10, with the hosts’ flagging spirits dangerously revived.  As we approached half time we had a game on our hands.

From an excellent restart from Mathis, Coolmine tried to work the ball out of their own 22 when a clearance might have been the safer option.  As if to punish this youthful folly and make up for our earlier gaff, our midfield defenders were right on top of them, so much so that within minutes of handing the ball on a plate to the opposition, Oscar O’Cleirigh (yes, it was “Scar” all along!) intercepted one of their passes and sprinted the 30 m for a try of his own in the corner. Karma can be fun too!

Yet again Coolmine came back with force and we spent the closing minutes of the first half camped on our own line. It’s worth mentioning here that for all the pressure we were under, there was a wonderful air of calm and focus to the defence. Seasoned Lansdownairs like Luis Castro was typical of every one of the traveling team: he tackled, he got up; he tackled again, got up again and so on. Another visitor that stood out was Thibault “Tbone” Fravel, who owned the midfield all night,  tackling and rebounding to his feet with extraordinary commitment throughout.

But there were a few Paddy’s doing the business too.  Lock Shane Kennedy looked sharper than ever after an enforced three-week rest; prop Cathal McNamara had to be dragged off the pitch after another great shift, shouting “Let me go in outhalf …!” and special mention to the grey wolf himself, Robert Manning who consistently counter attacked, fearlessly running into the heaviest of traffic, inspiring home grown and visiting Lansdowne men alike.

When the game restarted, the rate of scoring reduced, but the quality of rugby didn’t. The entire third quarter was a masterclass in honest, talented and brave rugby from both sides, but yielded no score.  It could have been this period, or others indeed, that the referee was talking about when he came into the dressing rooms afterwards and thanked all the players, saying it was one of, if not the best games of rugby he had ever reffed. And he should take his share of the credit for allowing the game flow as well as it did. He kept up with the game, missed little, but blew his whistle even less.

We entered the final quarter ahead, but with not such a comfortable margin, still 7 – 15. Mathis improved that slightly with a penalty to make it 7 – 18 but the game was still close.

As the final ten minutes approached, our composure returned, maintaining territorial and possession advantage, prying and probing their lines.  When two of their more defiant defenders were subbed off exhausted, it looked like the writing was on the wall for Coolmine (their number 18 had been particularly persistent in attack and defence and was overheard to say as he walked off – “I just can’t walk anymore!”). So it was with relief more than surprise that the loyal group of travelling supporters cheered the break and dash for the line of Jack Carrigy from his position as one of four players to act as out half on the night. 7 – 23.  (It would take another page to do justice to Jack’s performance, but no doubt there’ll be plenty more opportunities this season to sing his praises).

And the night hadn’t given up all its surprises yet.  Just to show us how resilient they were, Coolmine pounced on a couple of errors we made in clearing balls and counter attacked with the same energy as a team playing five minutes from the start, rather than from the finish. They forced a lineout well within our 22 and though our lineouts had been generally good for most of the night, there was a fumble and the hosts snaffled the ball. They didn’t need directions to know where the line was or how to get there and score.  But it was too late for our brave hosts to launch another attack. The whistle blew and it finished 14 – 23 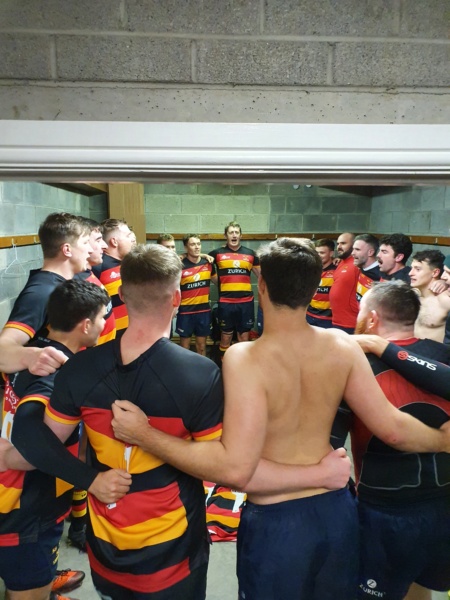