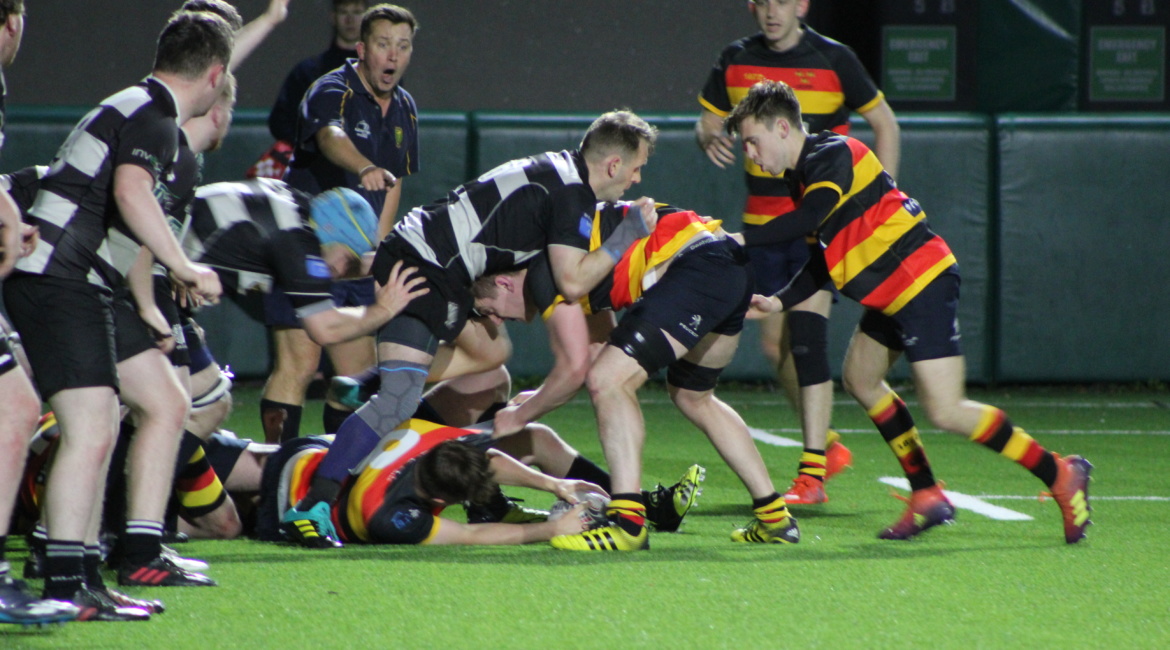 If you’ve ever experienced a concussion, or indeed dabbled in recreational pharmaceuticals, the world can take on a strange, disjointed, but not unpleasant hue … well that’s exactly what the J3’s game at home to Belvedere looked like last Friday night under lights!

Everyone seemed to be having a nice time, but our lads seemed particularly disconnected from the game and indeed each other.  Film buffs may recall the Hitchcock classic, “Strangers on a Train”, and it wouldn’t be too unfair to say that our J3’s were like “Strangers on the Pitch!”

After conceding three tries in the early part of the game, our boys fought back to score early in the second half.  They looked like narrowing the gap still further soon after with another series of assaults on the line, but the ball squirted out of the gloom of the shadowy blind side and was booted down the pitch by a grateful visitor from Belvo.  Belvo didn’t score on that occasion, but the disappointment of not scoring seemed to way heavily on our chaps and what little mojo they had brought into the game evaporated for the last 20 minutes and another brace (or was it three?) tries were conceded.

On a positive note, the clubhouse was buzzing afterwards with several Belvo lads and their supporters staying on for a couple of pints and a sporting allocation of pizza.  There was also a dinner for the “Lansdowne Treasures”, or elder statesmen being held in the room off the bar and they added colour as well as a bit of perspective to proceedings. I may have mentioned that it hadn’t been a great night for Lansdowne and bemoaned the team performance and one of them kindly pointed out that I was no one to talk about poor performances … “You weren’t exactly Gareth Edwards yourself when you were playing in some of those matches up in Kilgobbin in the ’80s!”