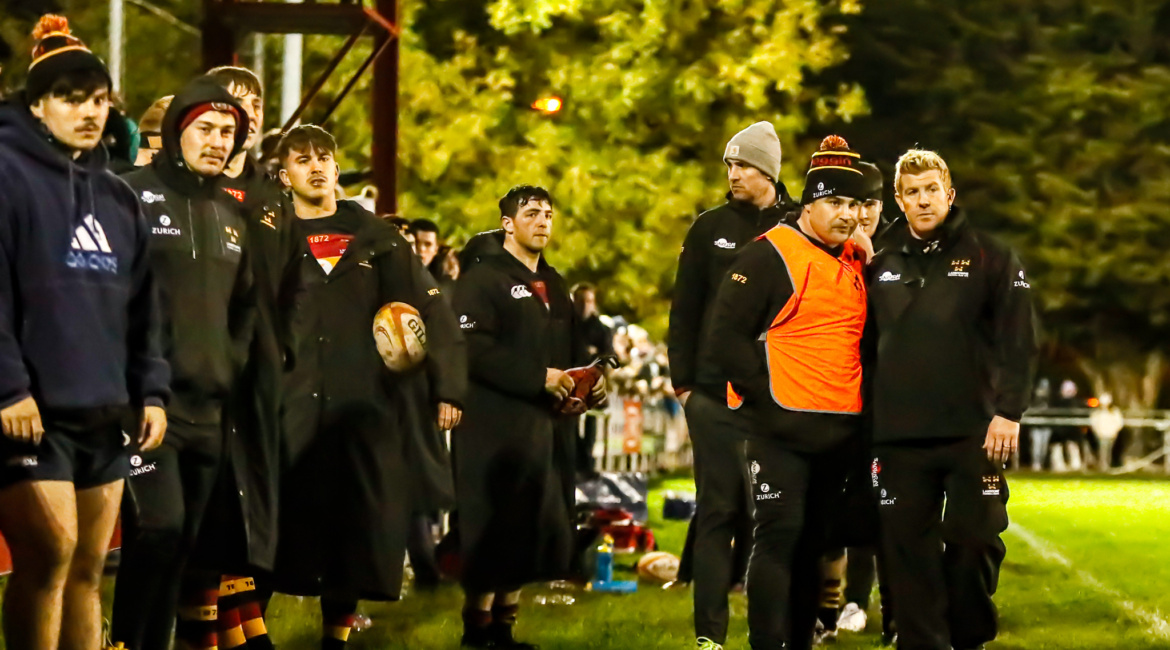 Last Friday evening, Lansdowne, armed up with their Covid Certs and the Lansdowne faithful, duly took on the seasonal Friday-night trek across the Liffey to take on our old Northside rivals, Clontarf FC, in Division 1A of the Energia Ireland-sponsored AIL.

Anyone expecting Guy Fawkes Night fireworks of the pitch will have been disappointed, however, as this was a match that generally failed to ignite, play constantly disrupted by errors and mistakes (mostly, it has to be said, on the part of the home side), so that there was little continuity in what was very much a stop-start affair.

Neither team was helped by several changes in personnel, with Leinster players Vakh Abdalaadze, Brian Deeney and David Hawkshaw all missing from the home line-up, while injuries meant that Eamonn Mills, Michael Silvester, Paul Kiernan, Mark Boyle and Sean Galvin were prevented from playing for the visitors.

Lansdowne did have two notable inclusions, however; props Peter Dooley and Greg McGrath were released by Leinster and Connacht respectively and the stability they gave to the Headquarter’s sides set piece made a significant contribution towards their side’s control up front, yielding four scrum penalties, two of them at vital defensive moments.

A much-changed Lansdowne back line saw former UCD player Andy Marks make his League debut for the Club in the centre, while former Under 20 Stephen Madigan started at full back, giving an impressive display, his powerful boot gaining valuable ground for his team on several occasions.

It was a neat cut from Madigan followed by an excellent kick through which enabled left winger Daniel McEvoy to bundle home full back Tadgh Bird into touch inside the ‘Tarf ’22. Line out possession was secured, and the ball was mauled towards the home posts which saw tight head McGrath “festooned with Clontarf men”, to borrow a phrase, plunge over for the opening try in the 6th minute.

Out half Charlie Tector knocked over the conversion from a wide angle, and Lansdowne were off to the best possible start. Playing down the notorious Castle Avenue slope, they knew that early points were vital in preparation for the home side’s onslaught after the break.

Lansdowne subsequently won two penalties in the scrum to establish a foothold in the Clontarf half, with Tector narrowly unable to punish Clontarf straying off-side with a kick that drifted just wide.

A subsequent move down the right in the 18th minute say a lovely break by Marks split the ‘Tarf defence and his timed inside pass gave supporting scrum half Cormac Foley a clean run to the line to notch up his fourth try of the campaign.

Tector added the extras from in front of the sticks and Lansdowne were 14 points to the good with less than 20 minutes played.

Clontarf’s efforts to respond were hampered by several misplaced passes in the backs which only served to put themselves under pressure. Lansdowne’s pressing defence caused much of this uncertainty in the home ranks, and the side’s aggressive tackling was once again exemplary on the night.

Lansdowne again surged forward, winning a five-metre scrum from which several pick and goes by the pack appeared to have set up a strong try-scoring position, only for referee George Clancy to penalise the attackers on the line.

Lansdowne supporters were hoping they wouldn’t come to rue this missed opportunity, and their unease grew as the home side began to claw their way back into the match. Clontarf were rewarded with a penalty in front of the posts on 33 minutes, only for out half Conor Kearns to screw the ball across the posts for a bad miss.

The home side didn’t have to wait long to get on the score board, however. Second row Jack Dwan, who had a good outing, stole a Clontarf ball only for Foley’s clearing kick to be blocked down. Lansdowne appeared to have the situation under control, only for the ball to skew horribly away from the touch line enabling ‘Tarf second row Finn Gilbert to fall gratefully on the ball over the Lansdowne line.

14-5 ahead at the break following a missed penalty by Tector that might have eased Lansdowne anxiety somewhat, the visitors knew they had it all to do in the second half. Clive Ross was putting in his usual hard shift, and he was ably supported by his representative props, hooker Luke Thompson and open side Michael O’Brien.

Captain Jack O’Sullivan was his usual 100% committed self, putting in several big hits on his meaty opponents.

Peter Hastie replaced Tector at no. 10 at the break, with the out half suffering a dead leg, while Jamie Kavanagh came on at hooker for Luke Thompson.

The game continued in a scrappy mode, with neither side able to stamp its superiority on proceedings. Lansdowne, through a Hastie penalty, were the first to strike after a barren 20 minutes of the second half and his strike opened a 12-point gap between the sides.

Foley made a great 40 metre break into the home ’22 only for the first real try-scoring chance of the second half to go a-begging. A great scrum on the 70th minute saw a Lansdowne penalty and relief from what was mounting Clontarf pressure.

Clontarf continued to press, but their limited attack was blunted by stern defence by the Headquarters side and the visitor’s line was seldom really under pressure.

A promising Clontarf attack in the 74th minute was then broken up by an intercept from Daniel McEvoy that saw the winger sprint over 80 metres to cross wide on the left for a great intercept try that his late Dad, Donal, would have been proud of.

Clontarf continued to press, but at 22-5 down their hearts weren’t really in it. The match petered out and the visitor had taken an important scalp – Clontarf’s first defeat in the League and the Ballsbridge side’s fourth win in a row against their great Northside rivals.

A break now until Friday the 19th of November, when we take on Trinity under lights in round 6 of the League on the Aviva back pitch. Why not round up a few old pals, book in for the pre-match dinner and enjoy a great night out for what promises to be a great match?