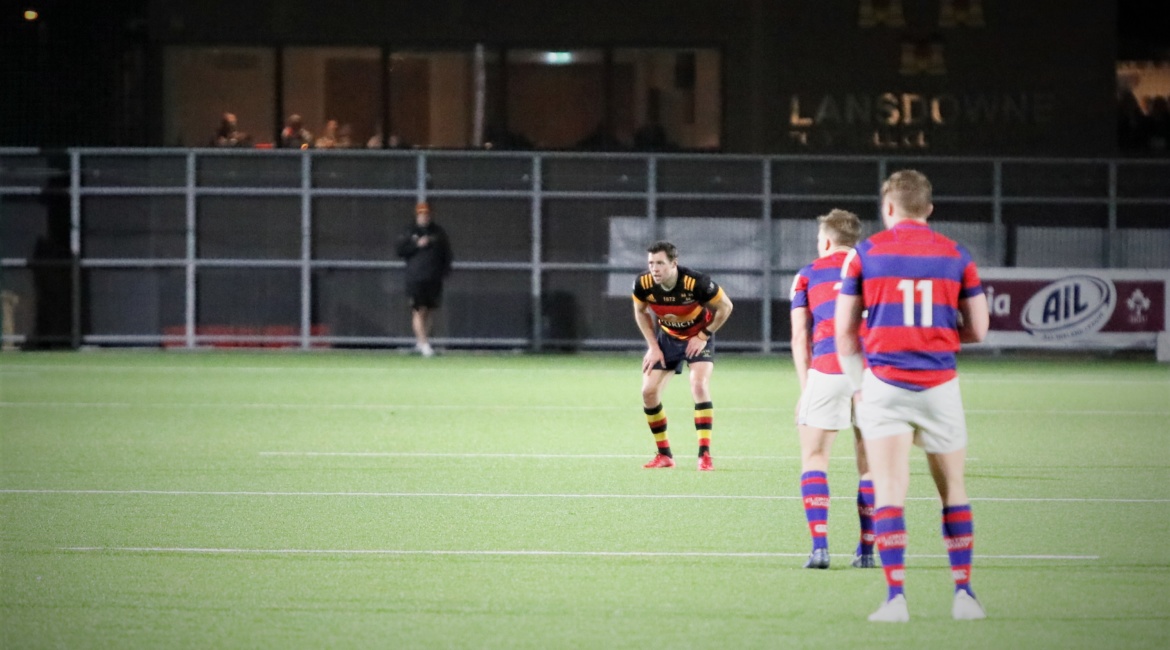 You couldn’t make it up.

For the fourth Energia AIL Division 1A match in a row, a fighting Lansdowne First XV came from behind to snatch a dramatic winning score when all but the most faithful of their supporters had given them up for dead.

However, to paraphrase the words of Spurs coach Jose Mourinho after an unexpected victory against Manchester City recently: “Clontarf were the better side, but we deserved to win”.

And win they did. In a performance full of guts and determination, and displaying yet again a “never say die” attitude, Lansdowne kept their poise and clawed their way back into a match just as it looked (once again) as if it was slipping away from them.

For this they have to say a huge “thank you” to out half Craig Ronaldson. Growing his way back to full match fitness, the former Connacht man rolled the years back to his halcyon season of 2012-13 when he guided a star-laden Lansdowne side to their first-ever AIL title.

In a Man-of-the-Match performance, Ronaldson kicked seven out of eight attempts at goal to record 19 points and cap an almost equally impressive performance by Clontarf winger Sean Kearns, who scored a try and kicked 13 points. Ronaldson’s extra point, ultimately, proved to be the difference between the two sides and his 19 points brought him to a Lansdowne career total of 402 points and ahead of the legendary Eric Elwood into second place in the Club’s all-time AIL standings.

Ronaldson wasn’t just a kicking machine on the night, however – he led an injury-hit and callow Lansdowne backline that had never played together before in exemplary fashion, defended mightily and dictated play when going forward.

He was aided and abetted by his young scrum half, James Kenny, and had two under 20 wingers in Cillian Redmond and James Reynolds who were prepared to chase all day and who rose to the occasion magnificently.

It was Ronaldson who opened the scoring with a penalty after only two minutes from under the sticks as the home side opened brightly. The Lansdowne forwards were up against a bigger Clontarf eight but they made up for their height and weight disadvantage with tigerish commitment in loose play and in the tackle.

The visitors took the lead off a good sequence of play that was, unfortunately, prefaced by a forward pass which the referee failed to pick up. Some neat handling by the ‘Tarf back row was taken on by centre Matt D’Arcy who sent winger Kearns over in the left-hand corner for a try which he goaled himself with a fine kick.

Seven points down, Ronaldson then missed his only goal attempt of the night before restoring his success rate with another penalty effort on 21 minutes from 15 metres in on the right.

Lansdowne were then penalised in the scrum as they came under pressure from the massive visitors’ front row. Tight head Adam Boland, a late replacement for Greg McGrath, did well, but overall ‘Tarf had the advantage in the scrum.

The Northsiders took advantage of a second scrum infringement to set up camp in the home ‘22, where a well-worked move set up a try for open side Tom Byrne to extend his side’s lead to12-6.

Lansdowne came storming back, and a third Ronaldson penalty on 31 minutes narrowed the gap to three points again at 12-9.

Scrum half Kenny’s box kicks off an excellent line-out platform – hats-off to Dan Sheehan once again in this department – were putting Clontarf under pressure and from one of these the visitor’s second row Cormac Daly was yellow carded for a neck roll tackle.

The Headquarters side immediately pressed home their numerical advantage and won two successive penalties to set up a five metre line out following a good surge by returning centre Mark Roche. After a series of forward thrusts at the ‘Tarf line No. 8 Darragh Murphy, who grows in stature by the game, plunged over the line and gave his side an unexpected lead.

Ronaldson again did the needful and Lansdowne went in at the break with an unlikely but well-merited 16 -12 advantage.

A poor restart saw the ball out on the full and Lansdowne in trouble with a Kearns penalty narrowing matters to one point. Tom Roche came on for the struggling Tim Foley at full back and lined out with older brother Mark for the first time in their careers.

Clontarf were putting the Lansdowne forwards under pressure, but the home pack responded manfully and defended well. No. 6 Jack O’Sullivan was in the van as always, with Murphy, second row Mark Flanagan and hooker Sheehan always prominent.

An off-side penalty saw Ronaldson again on the mark as he stretched the home lead to 19-15 after 55 minutes. A yellow card against Marty Mulhall then tipped the balance back in favour of the visitors, who took advantage with the always-dangerous Matt D’Arcy bursting through for a try on 61 minutes that Kearns converted for a 22-19 lead for the D3 side.

Lansdowne refused to buckle, and Ronaldson kicked his fifth penalty of the night to level affairs at 22-all in the 65th minute.

Clontarf’s forward pressure was beginning to tell on the lighter Lansdowne forwards, and Kearns edged his side ahead into what looked to be a winning lead with two penalties on 66 and 72 minutes.

Lansdowne’s resilience knows no bounds these days, however, and a surge in the 78th minute by promising young flanker Mark Boyle was carried on by Mark Roche, who was held up over the line for a five metre scrum.

There followed three minutes of massive and sustained pressure on the Clontarf line as Lansdowne sought to batter their way over. With the visiting defenders sucked into a narrow channel, the ball was then spun to winger James Reynolds, who slalomed over in the left corner for a pulsating try.

Still a point behind, cometh the hour and cometh the man. Ronaldson, five metres in from the touchline and on the wrong side for a left-footed kicker, calmly drew on all his experience as a professional and slotted the conversion across the posts.

The referee immediately blew for full time and the home players and supporters erupted with joy. You really had to be there to believe it.