Lansdowne Claim Back To Back Away Wins Over Young Munster 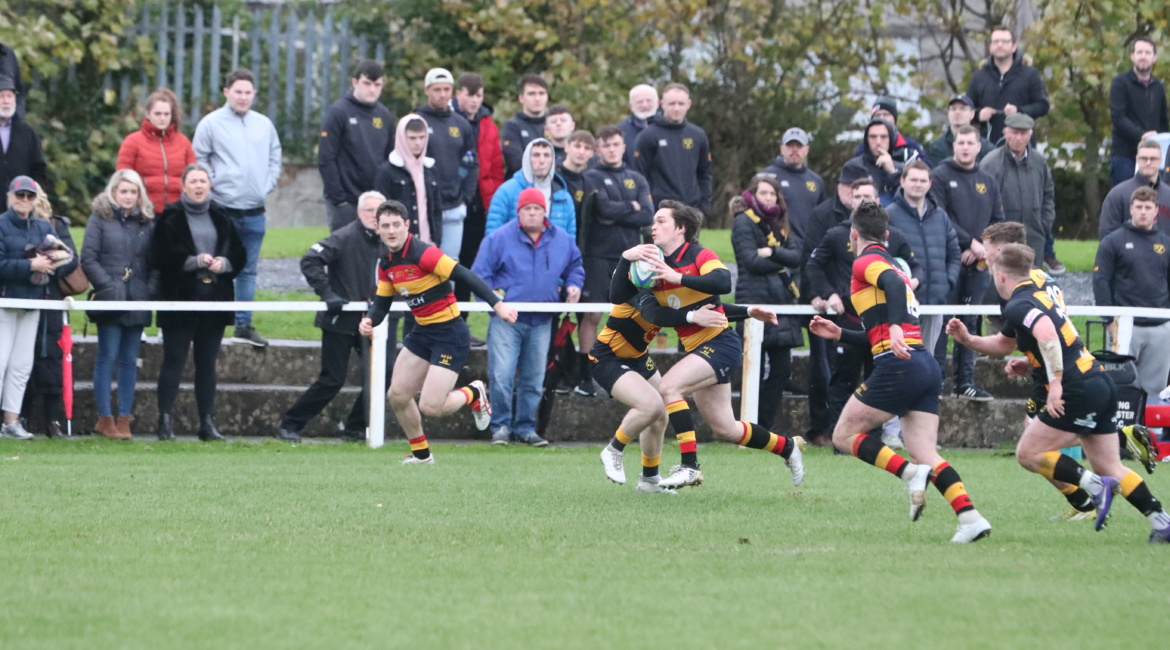 Having stormed the Cookie’s Limerick Citadel for the first time in seven attempts last season by a 27-24 score line, it was going to take another massive effort to repeat the exercise this time around.

And another massive effort it was. On a pitch dampened by earlier showers which, thankfully, let up prior to the kick off, Lansdowne played into the breeze in the first period. Young Munster sought to spin the ball wide at every opportunity but, with the exception of their left wing Darragh O’Neill, they lacked the guile to penetrate the Dubliner’s defence, which was excellently organised throughout.

Young Lansdowne out half Harry Byrne who, perhaps not surprisingly, struggled to regain the heights of his dazzling debut performance last week, missed an early penalty opportunity after two minutes as the ball slid across the face of the posts into the wind.

A further penalty was put into touch five metres from the home line, but the throw wasn’t to the referee’s liking and the chance was lost. The lineouts, indeed, were train-wreck territory for the visitors, with six lost throw-ins during the first half alone.

The referee, indeed, seemed fixated with the Lansdowne throw in, and several marginal calls went against the visitors throughout.

The Lansdowne scrum, on the other hand, was dominant and the source of several penalties for the Headquarters side.

Having failed to capitalise on several early opportunities, Lansdowne finally got the reward they deserved on the quarter hour when Byrne set winger Daniel McEvoy away from a scrum on the ’22. McEvoy drew the last man to set captain and full back Eamonn Mills free to score wide out on the right.

Byrne was narrowly wide with the conversion attempt, but Lansdowne were up and running. The visitors were disrupting the Shannon-siders possession, with No. 8 Willie Earle, who had another excellent match, and flankers Aaron Conneely and Jack O’Sullivan causing problems for the home team both in defence and attack.

Munsters continued their “run everything” policy and showed little imagination as they sought, unsuccessfully, to breach the visitor’s strong defence. The Lansdowne forwards won several key turn-overs and penalties which broke up the home side’s attempts to build pressure on them.

A wonderful cameo on the half hour saw No. 8 Earle take a loose kick ahead at full stretch while, at the same time, Young Munster centre Evan O’Gorman arrived to contest. Willie never broke stride in the collision that followed and the Cookie was down for some time receiving treatment.

Lansdowne broke up yet another foray by the Limerick-men and their No. 12 Evan O’Gorman received a yellow card for diving on a player on the ground as Lansdowne won yet another turnover. Moments later, from another turn-over, the Lansdowne backs moved the ball wide and powerful left winger Peter Sullivan was set free to score in the corner on 36
minutes.

Lansdowne were thus 10 points to the good, but the absence of a line-out platform was hurting them dearly. Young Munster came back to the plate, but another turn-over from the industrious tight head Ian Prendiville stopped them in their tracks.

Following a series of pick and goes, Young Munster spun the ball wide to the left and full back Conor Hayes crossed for a well-worked try which he converted himself to cut the deficit to 12-7 in the 46 th minute.

With the try converted, this acted as a spur to the Cookies, but Lansdowne steadied the ship with two well-worked penalties from Byrne to establish a 16-7 lead.

In between, loose head Denis Coulson was yellow-carded for two penalty offences in short succession, although the visitors still managed to win a scrum penalty with seven men during his absence!

The home side are known for their fighting spirit and, true to form, they raised the tempo and began to exert pressure on the hard-working but well organised Lansdowne defence. Their cause was assisted by the further sin-binning of winger Sullivan as Lansdowne came under the cosh defensively.

On 70 minutes some great defensive work – young centre Tom Roche, in particular, stood out for his efforts in this regard – saw a relieving penalty won and 10 metres awarded against the home side as the referee appeared to become more agitated as the game progressed.

From a scrum 15 metres out, for once the Young Munster No. 8 John Foley was allowed too much latitude. The ball went to the dangerous Darragh O’Neill, who crossed out wide to narrow the gap to 16-12.

After 72 minutes a key phase of the match saw Young Munster launch an up-and under; the ball didn’t travel 10 metres and their pack appeared to be all off-side. The referee allowed play to continue and, in the subsequent phases, Lansdowne were penalised and Denis Coulson received a second yellow card, and therefore a red, in the 74 th minute.

Young Munster, seeking to exploit their opponent’s disadvantage, stormed into the attack, and for a few, agonising moments it appeared that they might snatch an improbable win. Winger O’Neill was sent down the right, and the ball was then moved back left, only for captain Eamonn Mills to grasp a loose pass and set off from close to his own try-line to score under the posts at the opposite end.

It was thrilling for Lansdowne and heartbreak for the home side as sub out-half Scott Deasy added the points and set up an unassailable 21-12 lead in the 82nd minute. Lansdowne went chasing a bonus point from deep in the 5 remaining minutes of injury time, but in the end they had to be well satisfied with a third win in a row from five matches, four of which have been played away from home.

Coach Mike Ruddock emphasised this after the match – his side have had a most difficult start to the campaign, playing only one match at home – but were now in the play-off positions and will have six matches out of nine at home during the new year.

For the coach as well as senior players such as Eamonn Mills, Ian Prendiville, Willie Earle and Scott Deasy this was their second win in the Killing Fields. They, above all, will appreciate how difficult it is to achieve an away win in Limerick.

A two week break now until we entertain Terenure on the back pitch on Friday the 24th of November. See you there! 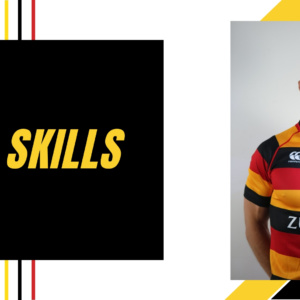