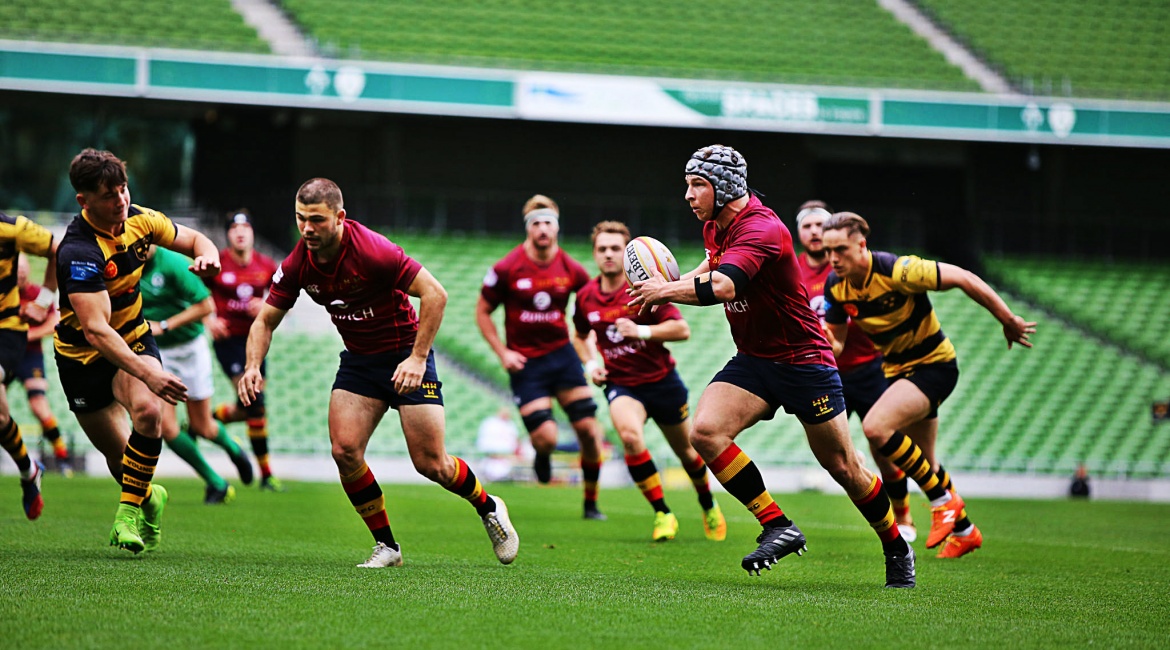 Lansdowne won their second 2017-18 Ulster Bank-sponsored All Ireland League outing in a row following a hard-fought victory against an always-game Young Munster side on the Aviva main pitch last Saturday.

Following a week during which the Lansdowne lost two former stalwarts in separate accidents – Kevin Uniake and Johnny Ross – the Club needed a fillip following their sad passing.

Reflecting the high player turnover in the AIL, both sides showed significant changes from their last meeting on the 28th of January – the home squad retaining 11 players, while the Cookies had as few as seven of the 20 who played last January.

Lining out in red and navy jerseys for the first time (at the request of the referee), Lansdowne took some time to settle into the game and the early exchanges were memorable for very little happening. Both sides sought early ascendancy, and the result was a slug-fest with neither set of forwards managing to get on top.

Both defences were tight, and errors were forced on both sides by alert defences, while given the excellent playing conditions, both teams put boot to ball rather too often. A scrappy first half was almost over when home out half Scott Deasy took advantage of a scrum penalty against the visitors 35 metres out to plant a nice penalty kick for a 3-0 lead after 39 minutes.

No sooner had the match restarted than the Cookies outside centre, James O’Connor, made a neat break and set up left winger Craig O’Hanlon for a try in the corner. The kick went unconverted, but the visitors had their noses in front after an even, if poor enough, first half.

In similar vein to the second period in Athlone last week, the rejuvenating half-time words of Head Coach Mike Ruddock and his Assistant Coach, Mark McHugh, seemed to have the required effect. Lansdowne immediately upped the tempo, and some lovely backs’ interplay, in which debutant former Under 20 centre Harry Brennan was prominent, saw left winger Daniel McEvoy slide over in the left corner for his first try of the season on 43 minutes. Daniel was, of course, the League’s top scorer last season, with 11 tries.

The ever-reliable Scott Deasy added the conversion from the tramlines and Lansdowne were 10-5 to the good, with half time subs Ntinga Mpiko making a strong impact, as did Alan Bennie, who caught the eye when he came on at scrum half.

The forwards, with captain Ian Prendiville, 2nd rower Phil Donnellan and back rows Jack Dwan, Charlie Butterworth and Willie Earle prominent, began to dominate up front and assert their authority over their opponents. The lineout, which both last week and this functioned at a much higher level than for most of last season, was a source of good possession and the scrum got stronger as the match went on.

On 54 minutes, the front row forced another penalty as Prendiville, Tyrone Moran and Mpiko put the squeeze on their opponents. Deasy once again obliged from 21 metres to stretch the lead to 13 points to 5.

Lansdowne struck again immediately on the restart, this time through the pace of left winger Marc O’Keeffe, who crossed wide out in the 56th minute. Deasy was unable to add the extras this time, but the Headquarters side were now in charge and 18-5 ahead entering the last quarter.

The rest of the Lansdowne bench came on, and Limerickman Jack Dineen did well as replacement hooker, as did flanker Barry Fitzpatrick.

Determined not to be left out, the remaining member of the back three, full back Eamonn Mills, who was again outstanding, rounded off the scoring at the end of a pacey move as the Men from the Yellow Road began to run out of steam. Deasy again converted after 67 minutes, although efforts to claim a valuable try bonus point were frustrated as Munster’s defended desperately. Another young debutant, Tom Roche, made his entry after Mills’ try, and did well.

A lovely move down the left saw young Harry Brennan – awarded the Man of the Match – exchange passes with O’Keeffe and, following a ruck, Willie Earle seize on the quick recycle. The ball was held up on the line however, and Lansdowne perhaps should have capitalised on the resultant 5-metre scrum to force home their advantage. Credit to Young Munster that they were not allowed to do so.

Scott Deasy chose the occasion to pass the 600-point mark for the Club – a tremendous Lansdowne scoring record which will take some beating! 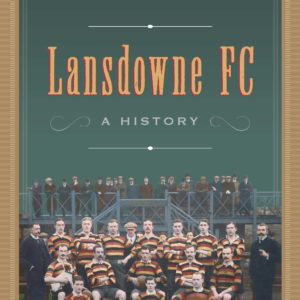 Thanks @SamLStandsUp Great 🧵on @ooMARTYMOOREoo Remember him only too well when he togged out for @LansdowneFC A class player and a gent off the pitch. https://t.co/lwHjCeGh7P

Thanks @SamLStandsUp Great 🧵on @ooMARTYMOOREoo Remember him only too well when he togged out for @LansdowneFC A class player and a gent off the pitch. https://t.co/lwHjCeGh7P