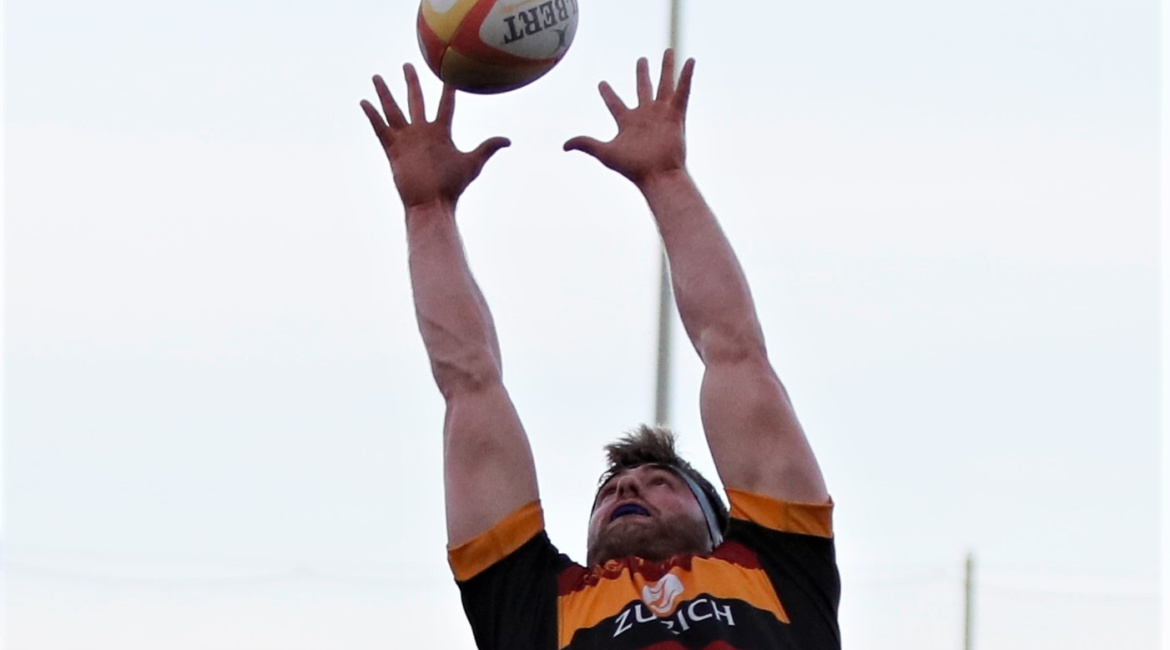 Phew! In the 5th minute of injury time, and staring defeat in the face, a battling Lansdowne side dug deep and snatched a vital victory against a battling UCC side in last Saturday’s Energia Division 1A clash.

And what a winning play it was! An injury-time forward surge had seen Lansdowne win a penalty on their opponent’s 10-metre line. The subsequent line-out was won, and a maul set up on the home ‘22.

Playing off a penalty advantage, the ball was spun to out-half Peter Hastie, Lansdowne’s Man of the Match, who floated a superb cross-kick to the right-hand touchline. Right winger Mark O’Keeffe leapt high and deflected the ball back infield into the willing hands of sub full back Tim Foley.

Foley took the direct line and surged over between two despairing defenders to score the match-clinching try. The Lansdowne subs, management and supporters rose to their feet with a roar of acclamation that could probably be heard down on Patrick Street.

Hastie was unable to add the extras, but this superbly crafted try had put his side ahead and the students never regained possession off the restart. Lansdowne mauled twice before sub scrum-half Ross Barron gleefully kicked the ball into the stand to mark the end of the match.

A hard-fought, hard-won victory by 15 points to 14 saw Lansdowne edge further away from the drop zone and, with a third win in a row, sees the club enter the festive season with a spring in their step.

Not that this was an epic victory on the part of the Headquarters club. Rather, it was a win fashioned out of old-fashioned guts and determination not to be bested.

Shorn of hooker Dan Sheehan and flanker Mark Hernan (Leinster “A”) up front, Peter Sullivan and Harry Brennan (exams) in the backs, Lansdowne struggled for much of the match to establish some cohesion in their play.

Played in late winter sunshine, the game wasn’t helped by a cloudburst just before the kick-off which left the pitch greasy and the ball resembling the proverbial bar of soap. The visitors started well, however, opening the scoring with a well-struck left-foot penalty by Hastie after 6 minutes.

The Students responded immediately on the restart, and only a fine covering tackle by winger Cillian Redmond prevented an immediate repost.

Two penalties conceded in quick succession saw the university side on the attack, and the ball was spun wide for right wing Michael Clune to cross unopposed in the right-hand corner to snatch the lead after 12 minutes.

Lansdowne responded in turn, and a series of rolling mauls set up a strong position in the home ’22. Pressure told, and UCC winger Matthew Bowen was sin-binned for an infringement beneath his own posts in the 17th minute.

Then followed a passage of play when Lansdowne were on top and on the attack in the UCC ‘22 for a solid 20 minutes but, through some over-enthusiasm, a difficult ball and some interesting refereeing decisions they failed to breach a stubborn home defence.

Prominent in the attack were hooker Conor Gleeson, who had a fine game, captain Jack Dwan in the row – as always giving 100% – and Jack O’Sullivan on the flank. The backline showed the effect of having been put together late in the day, and some passes went astray that, in better conditions, would have yielded more positive results.

5-3 down at the break, following the restart UCC struck with two penalties from full back Eoin Monohan in the 48th and 60th minutes to edge ahead, 11-3. Lansdowne’s cause was not helped by the ref awarding 4 scrum penalties against them in a match where they appeared, if anything, to have a slight advantage in the tight.

Overall, the students were having the best of the second period, with Lansdowne unable to put sufficient error-free plays together to generate momentum. They were granted a lifeline in the 70th minute, however, when young Hastie sold a lovely dummy to coast through from 35 metres out and narrow the gap to one point, 11-10, with his conversion. His try was preceded by some good work by prop Greg McGrath and No. 8 Darragh Murphy in setting up the attacking position.

Lansdowne were still spluttering a bit, and it took them a further 10 minutes to build up another head of steam in attack. This time, they were assisted by two penalties in succession that saw them gain a crucial foothold in the Corkmens’ territory.

Enter Peter Hastie again with his superb cross-field kick, a little magic from Mark O’Keeffe and a wonderfully timed run by Tim Foley to snatch a late victory.

Lansdowne left it late to play their get-out-of-jail card, but play it they did. The main thing is to ensure you win, and the Lansdowne squad and their new coaching team will enjoy their turkey just a little bit more this Christmas following this dramatic victory.

Much to look forward to on the 11th of January when these two sides square off again at the Aviva. In the meantime, may I wish you all a very Happy Christmas and a Peaceful New Year, and my sincere thanks for the many kind comments I’ve received regarding these match reports.

It was nice to learn that UCC RFC have introduced a Moss Keane Memorial Rugby Scholarship, the first recipient of which is their fine young out half, James Taylor.