Lansdowne impressive in away win in Parsonstown 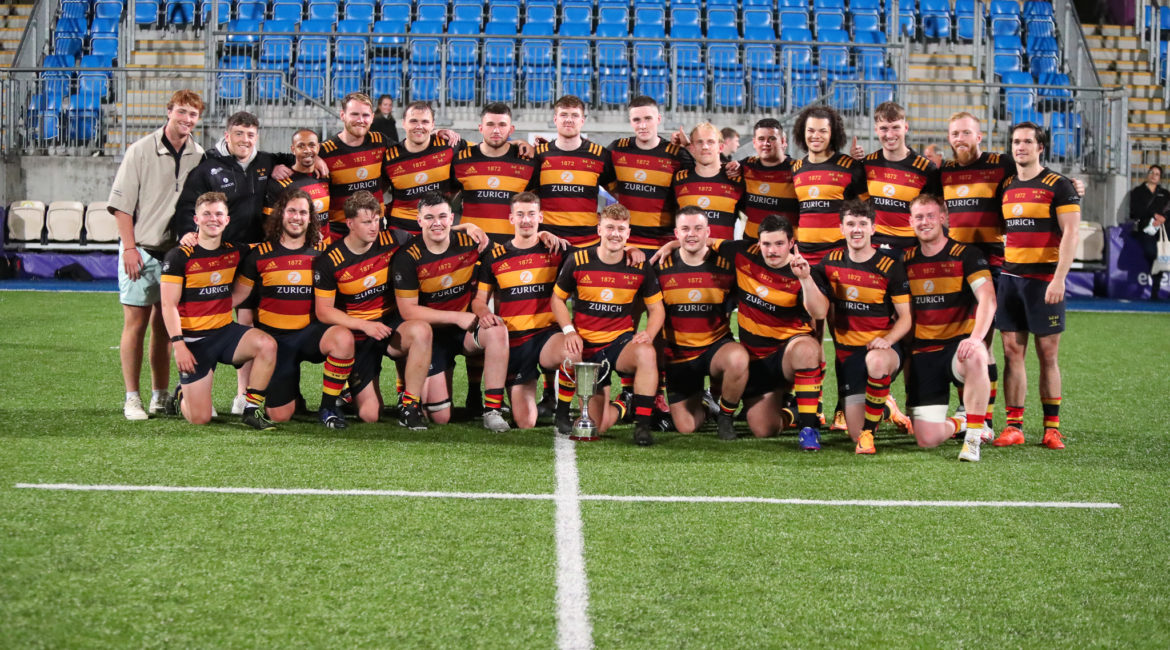 A truly dominant display from this J1 outfit on their return to action following the Christmas break. There were notable performances from Adam Boland, Michael O’Brien, Liam Forster, Sean Walsh and in particular Thomas Monaghan who for the writer over the 80 minutes was the man of the match for Lansdowne.

The game opened in perfect conditions and Lansdowne immediately went on the front foot and took the lead from two penalties goals by Jack Connolly following good forward play with both the set piece and out of touch particularly impressive from Lansdowne whose pack was very dominant and for whom out of touch Sean Walsh had no competition and ruled the air giving quality possession to the backs who used it to good effect to gain field position and allowing runners like Monaghan to get in behind the home defence.

The pattern of the first half continued with Lansdowne very much on the front foot and but for some very good defence from the home side the score line would have been more. After the opening 20 minutes Lansdowne who had pressed a lot created a real try scoring opportunity which followed some good lineout possession with the resulting maul forward leading to a back movement and Stephen Madigan touching down for the first try with the extras added by Jack Connolly. Immediately again from the kickoff, the dominant scrum led to a penalty and good field position being obtained from which Teddy Boland scored from close in following multiple phase possession.

That was the extent of the scoring by Lansdowne in the first half, but a lot of the reason for this was the very resolute and brave defence by the home side who made numerous tackles and sought to compete for possession on the ground to good effect leading to them being able to clear their lines and so keep the score line down at halftime to 18 to nil.

The second-half started again with the dominant eight taking control leading to numerous back moves and pressure being applied to the home team and it was from one of these bouts of pressure that the third try was scored, following a wave of attacking on the Barnhall line and an outside pass found No.8 Liam Forster out wide who touched down in the corner. The extras were missed following a difficult kick but again from the restart the pressure was turned up and following good forward play leading to flowing back movements the best team score of the day, followed some slick passing with winger Sam Burns touching down in the left corner.

The pattern of the game continued although the home team tried very hard and they must get credit for this as they were really up against a very slick and powerful team who at times did not play to their full potential which was probably a blessing for the home side. However, with the bonus point gained the Lansdowne outfit went searching for more tries and were attacking from all over the field mixing forward and back play and recycling the ball again and again. It was from a phase of this pressure that 2nd row Sean Walsh, who is an outstanding young talent, touched down in the right corner and the extras were added by Connolly. There followed some personnel changes and with 12 minutes left Lansdowne were to score their last try of the game through Smiley Stephen Callinan who showed a lot of power in crashing over from close range.

To their credit, the home side rallied and applied some pressure to the J1 team. They were very plucky and never gave up in their efforts to score and were rewarded right at the end of the game with a well deserved try which was converted leaving the final score at 42 points to 7.

This result and the bonus point meant that this J1 team has returned to the top of the division overtaking Terenure who had lost on Friday night away to Clontarf and with four games to go, means that they are in good position to reach a league final if their form continues in the same vein in the coming weeks. Their next fixture is away to the team who lies second in the division namely Terenure and that promises to be a mouthwatering affair between the two sides who have led this division since the beginning of the league.

In summary then this was a truly dominant display by a team who took control of this game very early on and never relinquished that control and achieved a comfortable win and further gathered momentum and confidence before the showdown with the second place team in the division next weekend. 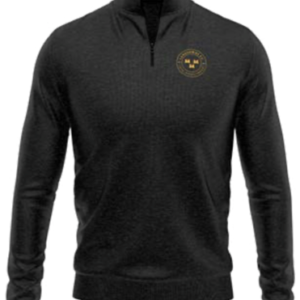 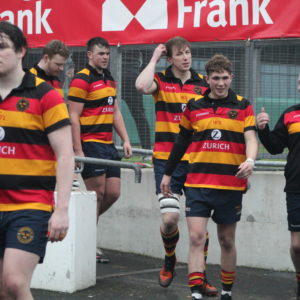 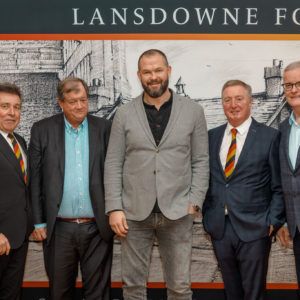 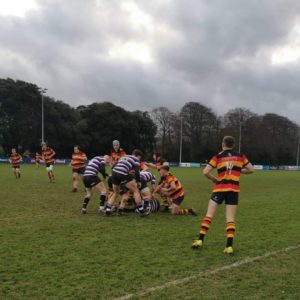