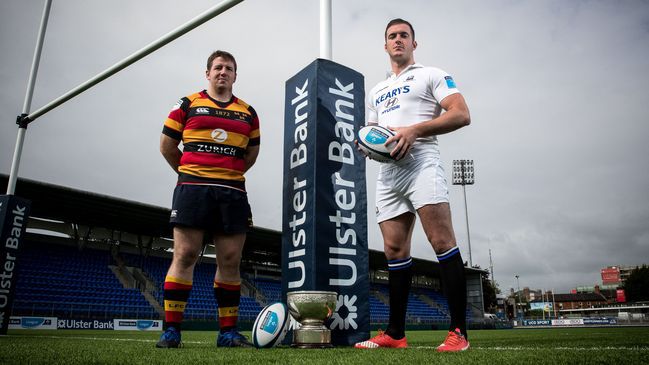 Tomas Quinlan’s unerring left boot condemned Ulster Bank League Division 1A leaders Lansdowne to only their second defeat of the season as Cork Constitution triumphed 25-13 at Temple Hill this afternoon.

Quinlan’s classy 20-point haul from the tee, which included six penalty goals, proved vital as third-placed Cork Con kept pace with their play-off rivals, albeit that Terenure College’s bonus point return at Garryowen has increased their lead in second by a single point to two – 49 versus 47.

The platform supplied by the hard work of Hayes and the home pack saw Constitution press on for further scores, with their scrum getting on top. Lansdowne’s indiscipline was punished by Quinlan penalties after 42, 46 and 53 minutes. They could have had a second try by that stage, but young Munster ‘A’ back rower Evan Mintern had the ball dislodged from his grasp.

Lansdowne, who had beaten the Leesiders 24-10 at home in October, hit back with a try from replacement Greg McGrath with 10 minutes remaining.

Deasy’s conversion reduced the arrears to 22-13, only for Quinlan to close the door on any potential comeback with a well-struck final penalty in the 80th minute. It was the table toppers’ second loss in three matches but a home semi-final is still well within their reach, given they have an eight-point buffer with three rounds remaining.