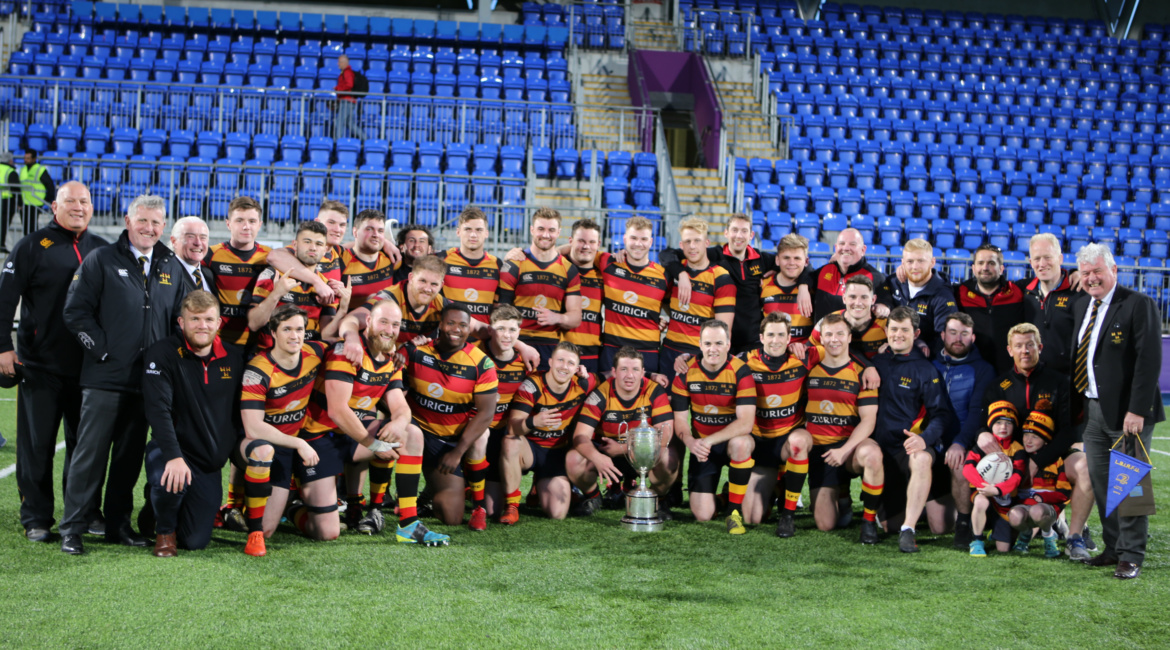 An extraordinary match to mark the end of an extraordinary season. Lansdowne signed off on their retention of the Leinster Senior Challenge Cup with a pulsating, eight-try second-half performance which simply blew a combative Terenure challenge away, 50 points to 5. In winning their 27 th Leinster Senior Cup, the Headquarters side also stretched their lead as the all-time winners of the coveted trophy.

With neither side at full strength and Lansdowne having had only a three-day rest gap since winning the All Ireland Ulster Bank League final against Cork Con, the pre-match forecast was always going to be a bit of a lottery.

A stiff breeze blew from the Old Wesley end of the ground, and Terenure were quick to capitalise on it. Their early attacks were repulsed, however, and it was Lansdowne who took the lead after 7 minutes with a Scott Deasy penalty from 22 metres out.

This score followed a break-out from their own half by Harry Brennan which saw winger Daniel McEvoy make good ground down the right.

Lansdowne lost flanker Jack O’Sullivan to injury after 10 minutes and prop Tinga Mpiko after 13, and the changes seemed to unsettle the Ballsbridge club. Terenure were quick to take advantage when 2nd row Alex Thompson plunged over for the opening try of the match following several pick-and- go assaults on the Lansdowne line.

Out half Mark O’Neill added the extras and knocked over a penalty in the 18 th minute to put
his side into a 10-3 lead as Lansdowne were punished for a high tackle.

Terenure continued to pile on the pressure, with 2 nd rowers Thompson and Cathal Deans asserting themselves. They were ably supported by hooker Robert Smyth, flanker Patrick Thornton and No. 8 Rory Murray, while scrum half Kevin O’Neill showed his skills with several telling breaks.

A propensity to concede penalties – 11 in the first half – meant that Terenure were unable to capitalise on their dominance up front as much as they perhaps deserved, Lansdowne taking advantage to clear their lines and relieve the pressure on several occasions.

Terenure added a second try after 28 minutes when sub. winger Harry Moore was on hand to finish off a good move which had started with a neat popped pass on the Lansdowne ’22. O’Neill again added the extras to put his side into a 17-3 lead.

Despite several more bouts of pressure on the beleaguered Lansdowne defence, the score remained unchanged by half time. Terenure were looking good at this stage, with their opponents scarcely able to put a coherent passage of play together as they played second fiddle to the rampant ‘Nure.

“All’s changed, changed utterly” wrote WB Yeats in his poem, Easter 1916. Such a description is fitting to describe the astounding transformation in the Lansdowne side after the interval. The arrival of hooker Tyrone Moran and Jack Dineen, a hooker who packed down on the flank, added greatly to Lansdowne’s physicality as they began to take the game to their opponents.

The tide up front turned quickly as the Lansdowne first half caterpillar morphed into a beautiful butterfly. With clean ball arriving and passes that hitherto had gone astray suddenly sticking, the Lansdowne backs began to display their pace and guile, for which Terenure simply had no answer.

Led by Scott Deasy, centre Harry Brenan took flight and the flood gates opened. The Headquarters side ran in eight second-half tries, two each from wingers McEvoy and exciting Irish Under 20 international Peter Sullivan, while full back Tom Roche scored the try of the match with an electrifying burst that saw him bamboozle the now despairing D6W defence.

Lansdowne’s scrum had represented their sole bright area during the first half, and it now came into its own, forcing a penalty try on the hour to interrupt the backs’ concerto. Hooker Moran waded in, physically as well as literally, with two tries as Terenure proved totally unable to contain Lansdowne’s growing pace and power, while 2 nd row Josh O’Rourke, flanker Aaron Conneely and No. 8 Willie Earle all raised their games to new levels. A try from flanker Thornton scarcely halted Lansdowne’s momentum as Lansdowne powered away to win by a massive 53 points to 22 score line, with sub out half Charlie McMickan converting two of the late tries.

When the Metropolitan J1 League and Leinster Under 20 League titles are added in, not forgetting the Under 17’s League and cup double, season 2017-18 marks the most successful year for the Lansdowne Football Club in its proud 146-year history. Congratulations to Club President Michael Cassidy, Coaches Mike Ruddock and Mark McHugh, Club Captain Ian Prendiville and everyone else concerned! 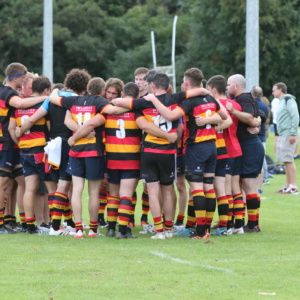 September Message from the President 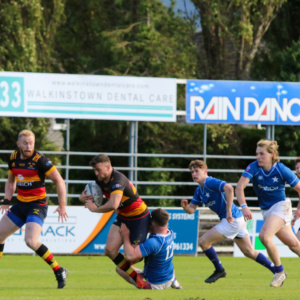