The fantastic bunch of boys that make up the Lansdowne Under 14 squad under the tutelage of Olivier Padioleau and his band of dedicated coaches took home the Leinster league Premier 1 title yesterday afternoon in glorious sunshine in De La Salle Palmerston Rugby Club. The good folks in DLSP should be thanked for all their efforts in hosting back to back and side by side finals all day long in Kilternan as a neutral venue. Lansdowne FC would like to thank them and all their volunteers for making the day a huge success.

Our thanks also to Leinster Branch Youth Committee Chairman Dara Donohue and U13 co-ordinator Des Cunningham for being on site to present the boys. Many thanks also to the Leinster Officials referees and touch judges for the unending work throughout the season.

Finally our thanks to all the teams who we played throughout the season but especially our worthy opponents Ratoath on the final day. 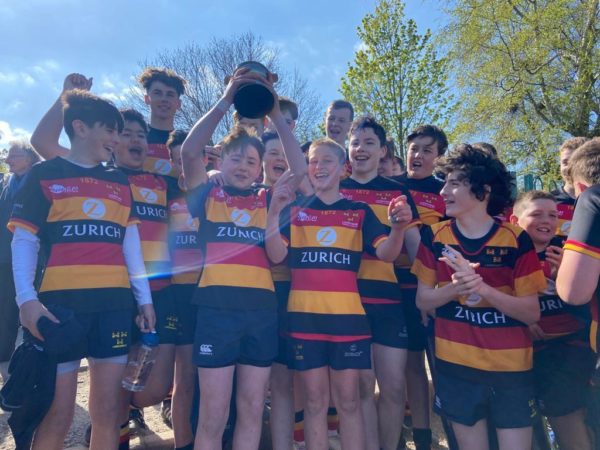 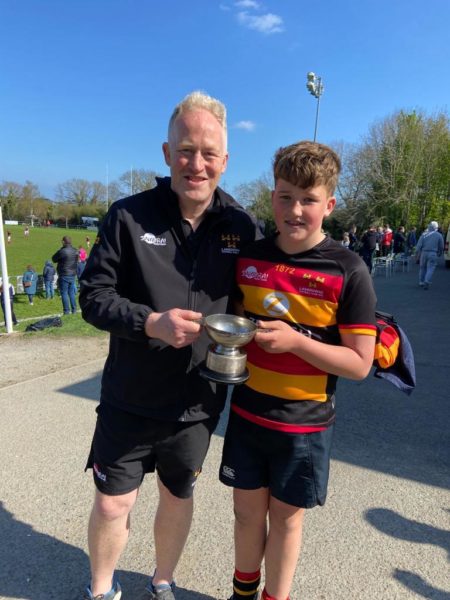