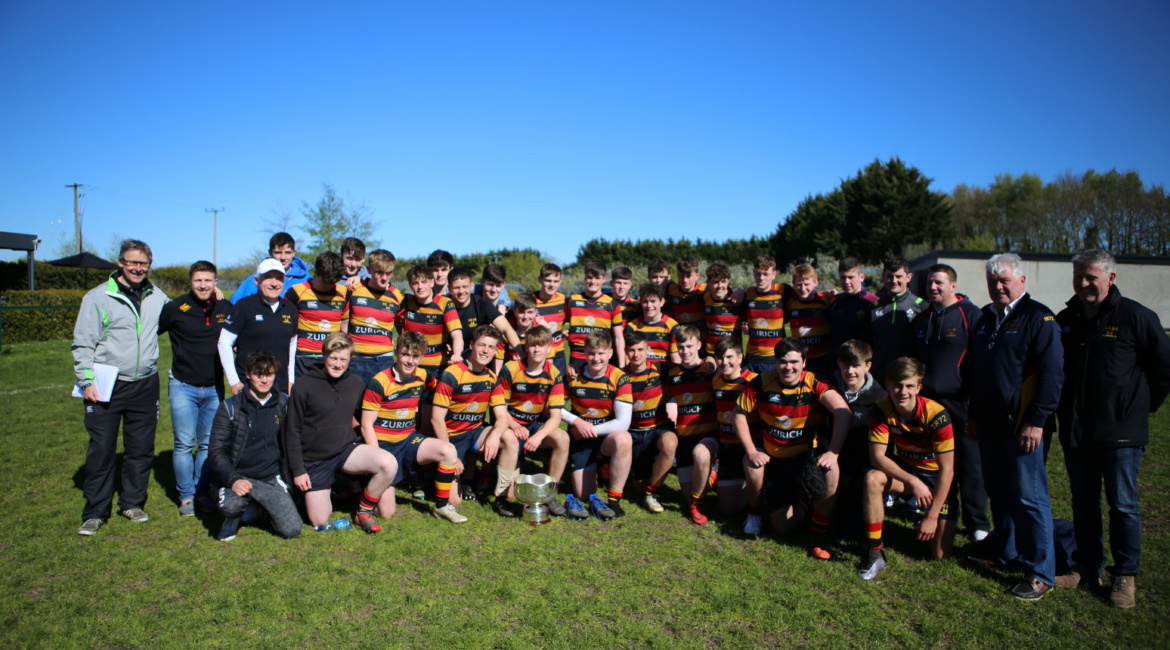 Already crowned 2018 Leinster U17 Premier league champions, Lansdowne FC U17’s entered into the final of the Leinster Cup v Coolmine RFC seeking to do the double for the 1st time in the clubs history. The sides already met twice this season with a win each in what were both tight games separated by only a single score.

Coolmine dominated the opening exchanges and pretty much the 1st quarter of this game with phase after phase through their pack. The Lansdowne defense stood solid and proved to be supreme, and even managed to take the lead with a penalty by the boot of their 10 Harry Colbert. Lansdowne grew into the game but against the run of play in the 2nd quarter, Coolmine attacked out wide and with a lucky bounce of the ball, they scored a try and converted to go 7-3 up.

With half time nearly upon us, Lansdowne went back up the pitch and played solid phased rugby, utilised their back row to great effect and scored, with captain and no 8, Luc van Cauwelaert touching down near the posts. The try was converted by Colbert and Lansdowne headed into the halftime break with a 10-7 lead, a lead they were not to relinquish.

Lansdowne started the 2nd half very strong and played some of their best rugby all season going through multiple phases under the guidance of scrumhalf Hugo Mulligan who used his forwards and backs to great effect and kept Coolmine guessing. All of this interplay culminated in a close range try by no 7 Dylan Ryan for Lansdowne to take a lead 15-7 ten minutes into the 2nd half.

Coolmine were now struggling with the Lansdowne fast style of play and were using all their subs to little effect when  Lansdowne’s no 13 Senan O’Shea broke their defence on the 10 meter line and ran zig-zag-like to avoid the chasing Coolmine players to touch down in the corner. Lansdowne now held  a 20–7 lead with 15 mins to go.

Lansdowne were in control as the clock ticked away and then the ref yellow carded Johny Barry and this gave Coolmine the lift  they so badly needed. Coolmine with a strong wind piled on the pressure but Lansdowne defended heroically with 14 men until they eventually conceded a try under the posts.  This made the score  20-14 and the game was now in added time and it made for a nervy last 3 minutes. Lansdowne held their nerve from the ensuing kick off and forced a Coolmine knock-on and from the ensuing scrum, they never left go of the ball and played at least eight phases before Lansdowne No 9, Hugo Mulligan kicked it out of play and the referee called end of game.

Finally, thank you to Coolmine RFC. We tipped the balance, 2-1, this season and you proved to be most worthy of finalists. This was our toughest game of the year and again, it was only a one-score-game.