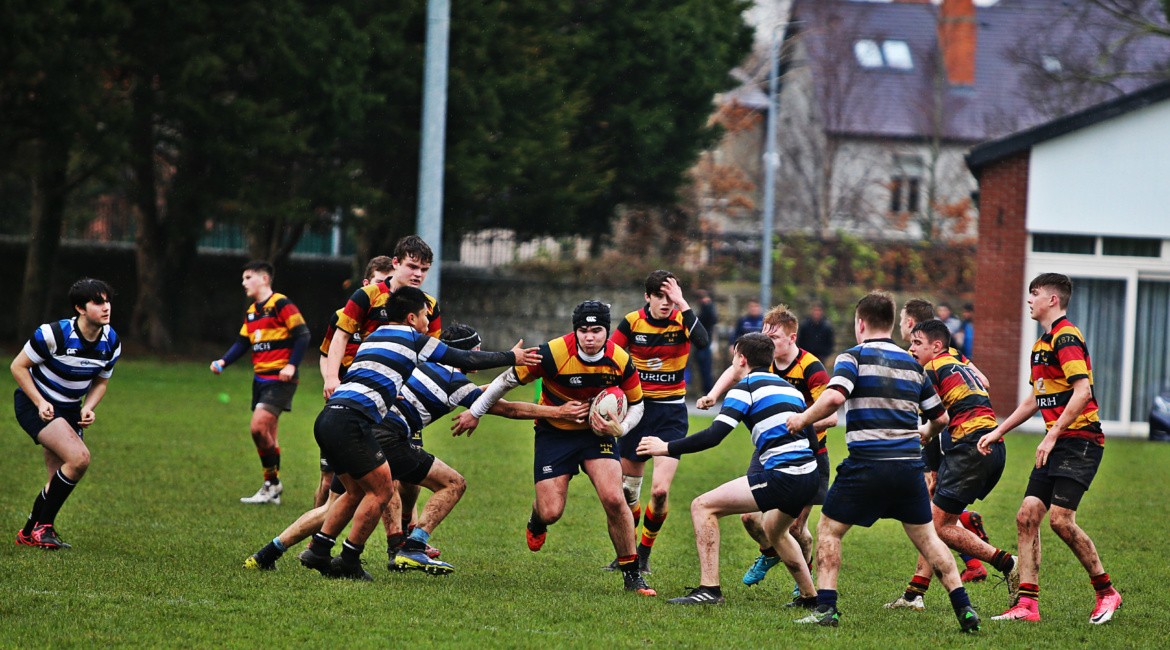 Lansdowne U17’s had a very tough encounter on a wet and windy Sunday afternoon playing away in
Wanderer’s RFC. The home team went into a 12-0 early lead helped by some excellent positional
kicking from their outhalf. Lansdowne responded with a strong individual try by Dylan Ryan.
Conversion attempt was just wide of the mark but Wanderers were pushing hard for extra points
prior to half time but the Lansdowne defence remained strong until the halftime whistle blew.
Lansdowne started the second half 12-5 down. Early into the half Lansdowne’s Fionn Gilna scored an
excellent try in the corner as he ran down the touchline leaving tacklers in his wake. The conversion
once again went wide. 12-10 Lansdowne were on the way back. Then followed a converted try for
each side, first by Wanderer’s then Lansdowne responded with a well worked score by the back line
finished by David Clarke just under the posts. Harry Colbert converted the try and once again it was a
2-point game 19-17 to Wanderer’s.
With approximately 13 minutes left in the game Wanderers scored what all watching spectators
believed was the winning try under the Lansdowne posts. Wanderers moved 9 points ahead with
less than 10 minutes left in this pulsating match.
From the kick-off Lansdowne piled on the pressure. Great individual carries from the forwards Ronan
Shaw, Dylan Ryan, Michael Lynch and Matthew O’Connell brought Lansdowne to the Wanderer’s 5
metre line. Lansdowne received a free kick for early engagement in the scrum and quickly tried to
move the ball wide with a cross field kick this was unsuccessful and the opportunity went a begging.
With approximately 6 minutes left to play Lansdowne regained possession of the ball at the halfway
line. Once again the forward pack moved the ball through contact, breaking the gain line with each
carry. Phase after phase Lansdowne moved the ball until eventually Dylan Ryan crashed over the line
under the posts. A quick conversion by Harry Colbert followed. Lansdowne trailing by 2 points with 3
minutes to play.
From the kick off Kyle Donnelly from Lansdowne secured the ball and Lansdowne quickly went on
the attack again and with less than a minute left on the clock Wanderers conceded a penalty 24
metres out just left of the posts. Harry Colbert stepped up and slotted the penalty between the
posts and gave Lansdowne a historic 1 point win over Wanderers with a score of 26-27.

This was a hard earned victory that will be talked about for a long time to come.