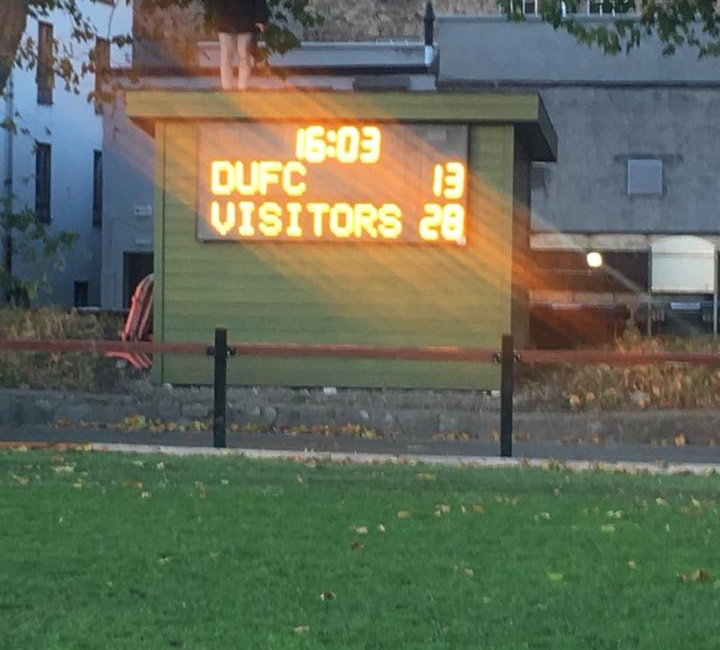 In the beautiful surroundings of College Park on a crisp sunny Sunday afternoon, Lansdowne took on Trinity in a top of the table Premier 1 clash in front of a healthy sized attendance.

Taking the game to Trinity, Lansdowne had an early set back when a head injury caused hooker Conor Gleeson to be replaced by Ronan Kelleher. Lansdowne opened up the scoring with a well struck penalty from Peter Hastie. Trinity replied with a series of attacks which were repulsed by some stern Lansdowne defending

Lansdowne continued to press and after Trinity failed to find touch Lansdowne went through some phases followed by a wonderful break by out half Hastie which opened up the Trinity defense and the ball was fed out for winger Sean Galvin to score in the corner for a wonderful team try. The conversion far out was missed. Lansdowne were playing all the rugby now and after blowing a couple of missed try scoring opportunities, scrum half Tim Murphy sniped over smartly for Lansdowne’s second try, converted by Peter Hastie.

Trinity upped their game and after some concerted pressure earned and kicked a penalty to leave the score at 15-3 at half time.

Trinity picked up where they left off at half time and narrowed the score after Lansdowne were penalized for killing the ball, Rian O’Flaherty being yellow carded for this offence.

However, this seemed to spurn on Lansdowne and they went on the offensive. Peter Hastie landed a penalty and after a highly impressive defense display Lansdowne closed out the game on the attack and No 8 Michael Roche broke through the Trinity cover twice to score on each occasion.

A bonus point away win to Trinity was thoroughly deserved after a fine display in both defense and attack from our U20s.