A group of 26 players from U11s met at dawn outside Lansdowne HQ ready to get on the road to Limerick to compete in the Neville Furlong Rugby Festival at Garryowen RFC (35 Teams from the 4 Provinces). Despite the red-eyes start, the kids were very eager to travel to the heartland of Munster Rugby to challenge the local teams on their home turf, and also got really excited by the rumour of a potential pit-stop to Barrack Obama plaza on the way down to Limerick.

Having already successfully travelled to Young Munster and Cork Con in prior-years, our boys arrived full of confidence at Garryowen ground – getting off the coach proudly wearing their new Lansdowne top specially tailored for the occasion (thanks Paddy). However, being the only Leinster team to attend the tournament did add an extra bit of pressure for the boys, knowing that they would be marked as one of the team to beat  on the day.

The group was split into 2 separate teams and played a round robin of 3 games in the morning, and 3 additional games in the afternoon.  Afternoon games were based on the morning performance to ensure like versus like capability and fair competition, so our boys were drawn in new groups each comprised of the “crème de la crème” from each provinces (Shannon, Garryowen, Bandon, Corinthians, Young Munster, etc.). The quality of rugby on display (as well as physicality level) was second to none, and some of the confrontation turned into epic games. Despite the quality of the opposition, our boys finished the tournament with an outstanding c. 70% win ratio (with most losses within one score only).

After a brilliant tournament, the group headed-off to the stand hotel for more fun as we stayed overnight in Limerick.  After a quick check-in, the kids enjoyed a well-deserved recovery session in the pool of the hotel (first taste of the life of a professional rugby player), before devouring healthy meals as recommended per our team dietician (burger & chips, pizza and chocolate brownie). The buzz in the hotel was also pretty special as both U20s grand slam trophy and Sam Maguire Cup were in attendance.

Another great outing for the U11s ! 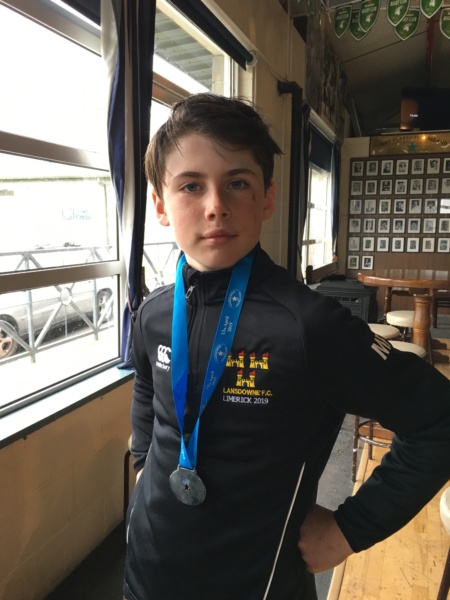 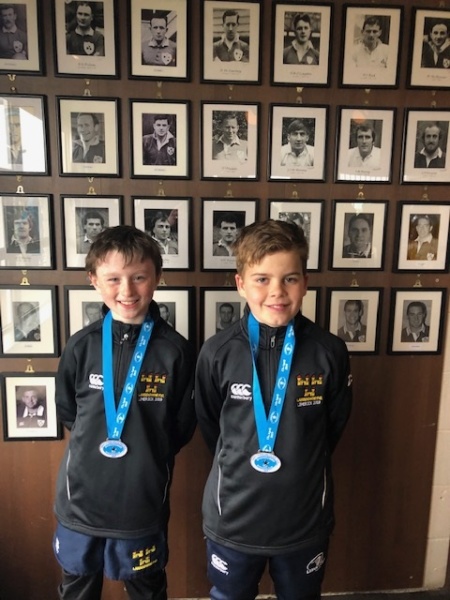