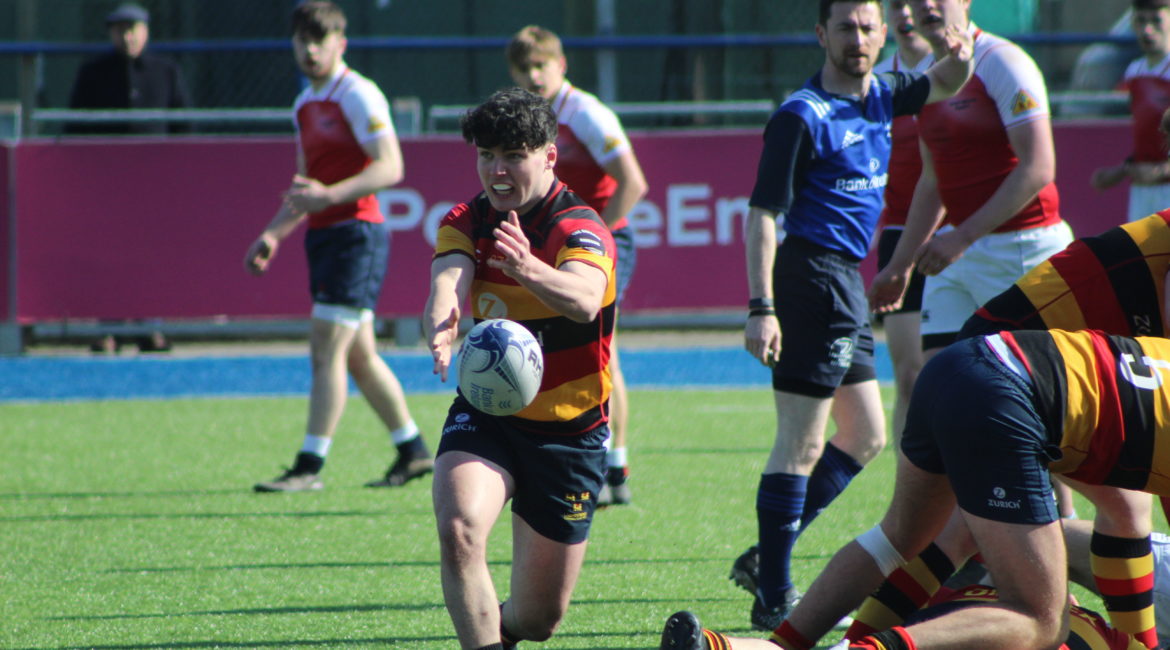 We’ve had a really busy season across the board and all the age grades are really well represented in the final stages of the Leinster & Metro Leagues and Cups.

Starting with the Under 13 A’s under James Fegan, Bobby Geraghty, Steve O’Connor and Will Keating. The squad has enough boys to have played two teams this season with the B’s having a much better than expected outing against North Meath last Sunday. The B’s came from behind to beat the Kells men by a single try at the end to qualify for the next stages. The boys have really benefitted from the attention of Conan Dunne and Adam Curry.

The Under 14s Under Olivier Padioleau and Stephen Rooney are a tight knit bunch and a really well organised side. They beat Ashbourne away in the League Semi-final 43-26 and are heading for the Premier League final on the 24th. Meanwhile in the Cup competition they have to overcome a strong Newbridge tomorrow evening 8th April,

Our U16 ‘Young Barbarians’ have been a model of success all season. This is a three way combined team involving Lansdowne FC, Old Belvedere RFC and De Le Salle Palmerston RFC. Able managed by Paul Nagle and coached by LFC men Shane Hourihane and Sean Dunne the lads have gelled really well this season and so far remain unbeaten having gone away to Malahide in the Metro quarter final. (Semi date tbc). This also leaves them looking forward to a Cup Semi final in Skerries on the 10th April and a League Final versus Cill Dara on the 24th. Best of luck! 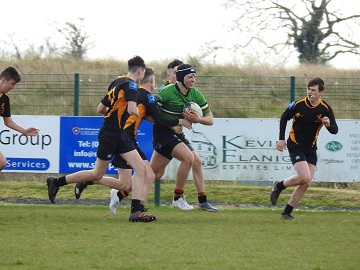 Wojtek Mocko (Tekky) on the charge with Under 16s v Malahide

The Lansdowne Under 18.5s (Managed by John Nolan and Guy Fagan) have similarly had a good run with wins against St. Mary’s and a 35-0 win against Donnybrook on Sunday in Energia Park which included a gorgeous intercept try & conversion from Mark Walsh (Son of Honsec. Kieran), some very strong try line defence (when down to 14) and some good intelligent attacking rugby led by Captain Jack Nolan. (Leinster Shane Horgan Cup). They go on to play a tough Clondalkin RFC in the final (At time of writing venue TBC). The squad are really enjoying their rugby and the coaching coming from Dan Murphy, Corey Reid and Adam Curry is really showing.

The combined U15 side with DLSP play their final match under lights on the back pitch at 730pm and will end their season on the final whistle. They’ve had a tough run of matches in the league not helped by the usual issues around players released from Schools. Despite this, they boys dug deep and did what they could. We look forward to getting them into the clubhouse for some well earned pizzas after the game. Well done to them and to Niall Hayes, Steve O’Connor and Hugh McGauran for keeping the boys playing and involved. 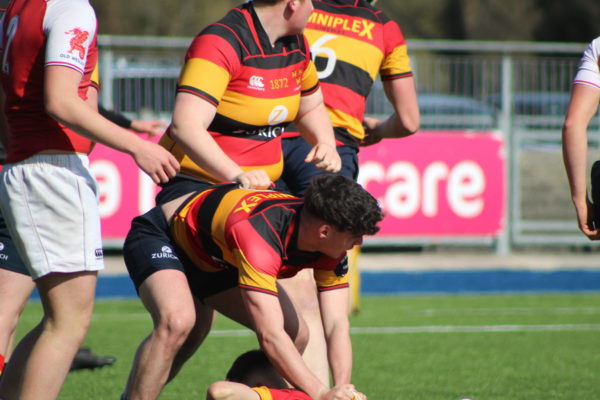 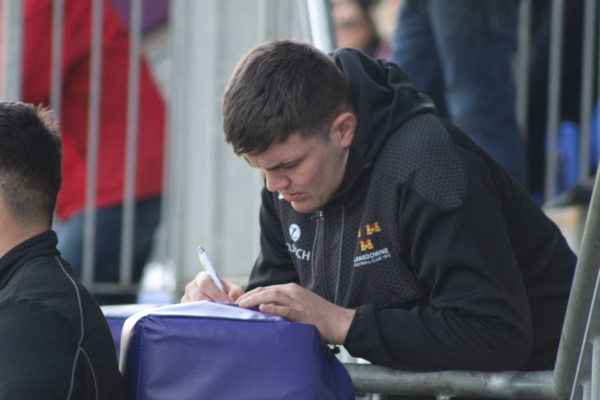 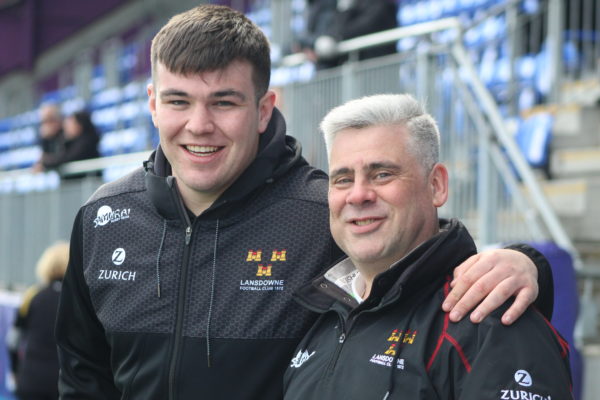