Message from the President

Lansdowne FC > All News > Club > Message from the President 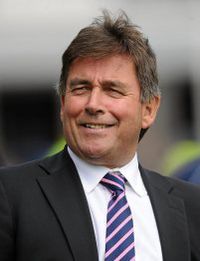 It’s my pleasure and an honor to have been elected as President of LFC for the current season 22/23 which is our “150th.” our “sesquicentennial “.

As many of you are aware, Michael Diskin tendered his resignation in the early Summer, we wish him well in the future and thank him for all his great work. I’m delighted to officially announce that Elayne Power, who most of you know, has been appointed General Manager. Elayne is currently, working with Conor Shaw, trying to find a replacement for her previous role.

I think you’ll all agree that we’re lucky to have such a capable person running the club and I wish her well. On Elayne’s team is Dave Mangan, Bar Manager and Louis Preston, Mr Fixit, two long time loyal servants of LFC.

As with any rugby club, rugby is the priority and we’re very lucky to have four really capable guys on our Executive who are driving our Rugby program Senior Vice President Stephen Rooney, he might get out the shorts for his presidency, Enda Bohan, our Chairman of Rugby, John Sparks, Junior Rugby, Brian Moran, Mini rugby. This guys represent us really well and do a mountain of voluntary work, we’re lucky to have them.

The other members of the Executive Committee are , Conor Shaw, Junior Vice President, Kieran Walsh, Hon Sec., Karl Cleere, Hon Tres., great workers who do untold work behind the scenes.

Here’s a list of the guys involved with the various teams.

Mark McMahon Director of U20 Rugby

As you can see, putting all this together is a major logistical exercise, so well done to all. There will be a wine and cheese/get together for the mini rugby parents some time at the end of Sept. TBC.

We have formed four new sub Committees reporting directly to the Executive, we feel these committees will be of great assistance to Elayne and it also gets more volunteers involved in the running of the club.

The Chairmen are free to co-opt anyone they think fit for purpose and who’ll make a difference. Any member who would like to sponsor something John Quinn is your man.

I would also like to show my appreciation to Alan Cuffe, Gates on AIL days, Michael O’Brien, photography, Cathal Boyle, social media, John Delaney our club PRO and Ricky Geraghty, Fixture Secretary and Noel Boyle, Registrations Officer, who looks after all the senior club registrations ,  as they say “ these things don’t just happen”.

Michael Ryan undertook the role as Chair, to keep an eye on all of us, the following people came on Board to help out

This committee has been meeting for well over a year and great work has been achieved.

I hope to see as many of you as possible at some of our upcoming events , particularly the matches Senior and Junior.

Two things to note from the Executive.