Saying Goodbye To Colm O’Shea, A True Gentleman and A Friend To So Many

Lansdowne FC > All News > Club > Saying Goodbye To Colm O’Shea, A True Gentleman and A Friend To So Many 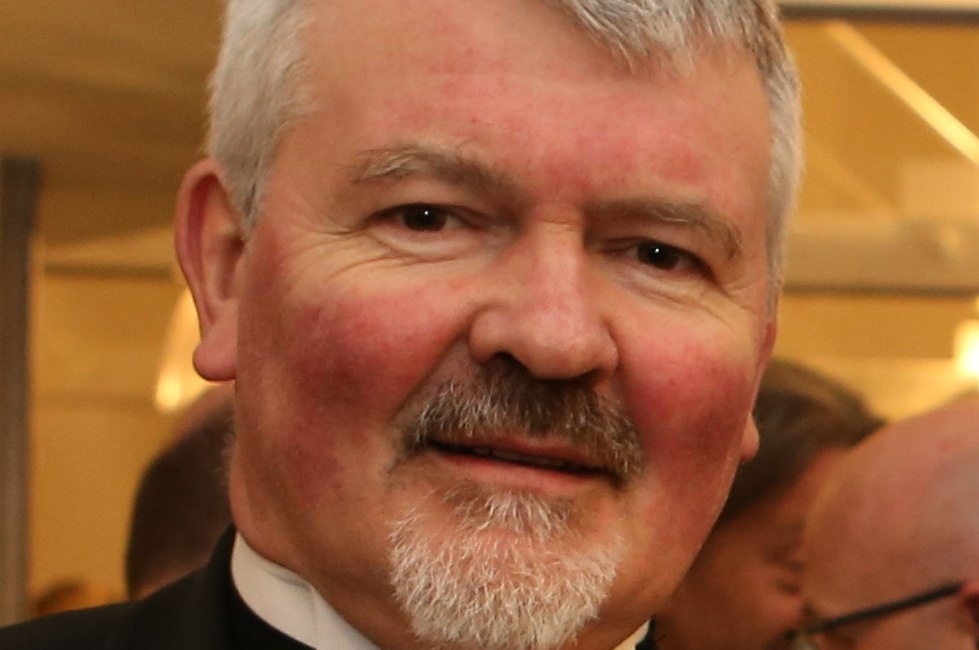 It is with great sadness and a heavy heart that we announce the passing of one of our own, Colm O’Shea.

Colm, a former player, has been our Fixtures Secretary for many years doing great work behind the scenes for both Lansdowne & Leinster. Colm took a great interest in all things Lansdowne and will be sorely missed by us all. A true gentleman who only very recently was re-elected as Chairman of the Leinster Competitions Committee where he was very highly regarded and well known for his fairness and integrity to all clubs no matter what their status.

Colm was also heavily involved in the Lansdowne Tag team for many years and just last week was presented with a photographic montage which was accepted by his son Mark and daughter Ellen. His tag teammate Paul Clinch wrote a few words about Colm’s time with the Lansdowne Legends which you can read below.

On behalf of the Executive, Trustees & all club members we wish his wife Deirdre and his children Paul, Mark and Ellen, our sincere & heartfelt condolences.

May Colm Rest in Peace #gonebutnotforgotten

You can view funeral details HERE

“In 2002, Pete Purcell asked me if I’d be interested in playing tag in St Marys in a vets’ league. I accepted thinking it would be a bit of fun and arrived up there where we were soundly thrashed by St Mary’s (which wasn’t fun at all!). Brian Corrigan had assembled a motley crew and we had some great fun that season and with a couple of judicious additions to the squad, we managed to win the league.

Over the subsequent 18 seasons, the Lansdowne Legends have played this league every summer and during the winter many have played tag all year round in Blackrock RFC. Of those present that day, only 2 have remained constant presences since – the indefatigable Basil Conroy, and Colm O’Shea.

Colm was a fantastic team-mate to have – a very solid player, always turned up, never injured (a very valuable quality in this group), totally reliable, always gave his very best and was a really solid sensible sounding board whenever there was any issue or difficulty. Friends who have spoken to me say that is was this last quality that made him such a fantastic chair of the competitions committee of the Leinster branch. When choosing a team mate, I would always value effort over individual talent, and Colm was the quintessential 100% guy and someone you could always depend on. Even when he first became ill 3 years ago, he kept in frequent contact and was always hoping to return to play, and would attend our Christmas drinks and end of season get together. Also, I would invariably see him at Lansdowne where his committee work and support of the club was unstinting over many years.

One particular anecdote from his time with Lansdowne Legends sticks out and we frequently revisited this over the years: In 2010, he turned 50 and became an even more valuable member of the Legends squad as he was now worth a 3 point try. In 2012, our great rivals Tag Stars (mostly Mary’s) unveiled their new star signing Dennis Hickie who turned out looking every inch the pro athlete and as the game drew to a conclusion with Mary’s 3 points ahead, Dennis cleared up a kick ahead, rounded the Lansdowne chasers, side stepped another and threw a magnificent 30 metre pass across the pitch to their winger who was completely free, apart from the fact that Colm stuck out a hand, caught it and trundled slowly 25 metres to the line for an equalising score. I was sent today, the apology that Hickie subsequently wrote to his team-mates: “…Admittedly it might have been more enjoyable (for all non Lansdownians) if I hadn’t thrown such a wayward pass that almost certainly cost us the match… but these are mere details. Next week I will endeavour to make sure all such passes end in the hands of OUR over 50s and not theirs”. Poor Hickie only lasted a few weeks at tag, his confidence never recovered from Colm’s intercept!

Colm’s children all inherited his love of sport. Paul, his eldest has a SCT medal and Mark and Ellen play plenty of tag rugby like their father. It was an honour to present a photomontage of the below pictures to them only last week, and in typical fashion, he berated me for not including any pictures of him sidestepping me! (I destroyed those!!) We’ll all miss him terribly. RIP Colm – a great team mate and friend!”  – Clincher