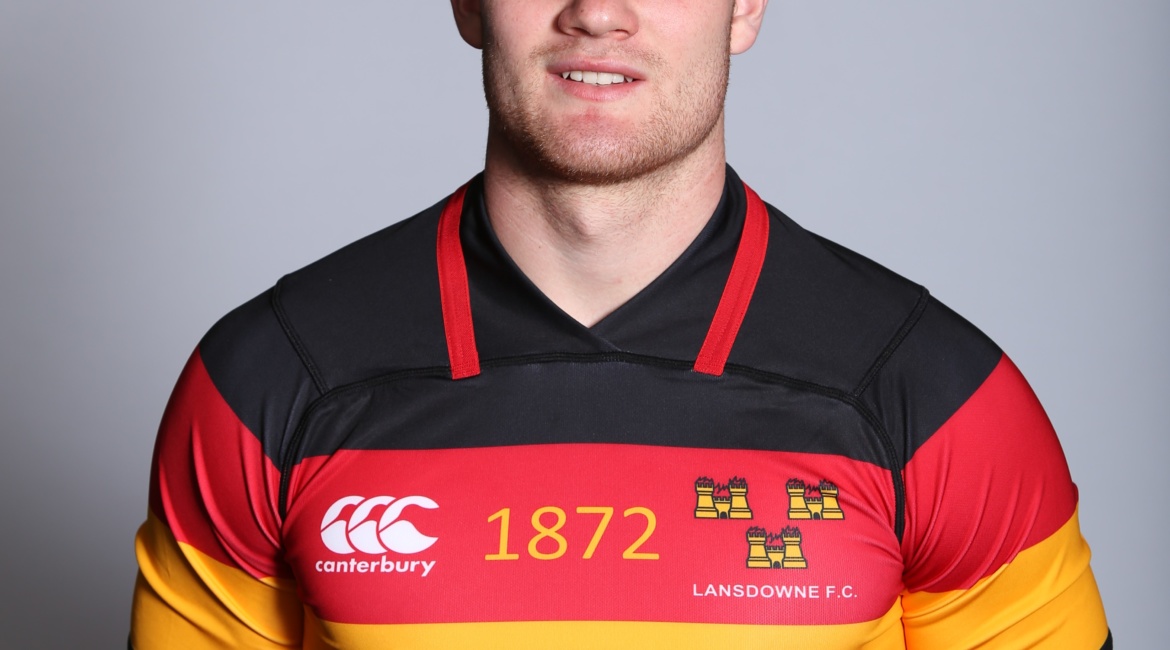 Lansdowne lost out in the “Winner Takes Home Advantage” stakes in the final round 18 of the All Ireland League on the Aviva Stadium back pitch last Saturday.

From what had been regarded before the kick off as a tight call the visitors, Clontarf, produced their best display of the season to run out worthy winners by 36 points to 8, outscoring their hosts by five tries to one in the process.

Clontarf were assisted in the first half by a cold, stiff breeze blowing from the pavilion end of the ground and pressed early. For Lansdowne, it was a case of trying to retain possession and work the narrow side against the wind.

The visitors struck early with a simple overlap down the right which saw full back Jack Power cross in the corner. Out half David Joyce, who kicked very well in the difficult conditions, added the extras with a beautifully-struck kick from the touchline for a 7-0 lead after only 6 minute’s play.

Lansdowne again attempted to play keep-ball and, when awarded a penalty on 13 minutes, opted for a scrum, such was the force of the gale. They forced another penalty from that scrum; indeed, the tight was the only area where the home forwards managed to gain ascendancy and there were simply too few scrums on a bone-dry day to affect the outcome.

Clontarf attacked again, gaining a 5 metre line out off a penalty and driving over the Lansdowne line beside the posts on 22 minutes to double their lead to 14-0. The Headquarters side were struggling to come to terms with the lively Clontarf 8, in which 2nd row Cormac Daly and back row Tom Ryan were outstanding.

Scrum half James Kenny, who played well in the difficult conditions, took a quick penalty in the 29th minute and Lansdowne won a further penalty in front of the posts for Scott Deasy to reduce the margin to 11 points, 14-3.

Again the visitors swarmed forward and, crucially, Lansdowne were turned over in a 5 metre scrum which had followed some stout defensive work. ‘Tarf went wide on the right for No. 8 and captain Noone to take a good line and breach the defence. Joyce again rubbed salt in the wound and converted his side’s third try for 21-3 after 34 minutes.

Lansdowne gave themselves a glimmer of hope with a try from scoring machine Peter Sullivan on the left wing following several pick-and-go attacks by the forwards. This was the powerful former Ireland Under 20 international’s 15th try of the campaign, which sets a new club record, having passed Matt Healy’s 14 try haul in the 2012-13 season.

21-8 to Clontarf at the interval, the feeling was that if Lansdowne could strike early in the second half, the visitors could be vulnerable in the face of the wind advantage. Lansdowne did have an early penalty opportunity, but Deasy was unable to capitalise.

Instead, it was the Clontarf pack that upped their game, and they slowly strangled Lansdowne of badly needed possession. A lively attack in the 57th minute saw right wing O’Brien cross under the posts for his second try of the afternoon and the try bonus point. Joyce again converted for a 28-points to 8 lead and the game was up for the hosts.

Joyce added a further penalty after 66 minutes and loose head prop Ivan Soroka looked sharp after good work in the build up by Daly in breaching a tiring home defence in the 71 st minute.

Prop Martin Mulhall, flanker Aaron Conneely and Will Fay battled hard for Lansdowne, but they were second best on the day. Coach Mike Ruddock and his team will be working overtime to rectify matters before the two sides meet again in Castle Avenue in the AIL semi- final on Saturday the 27th of April.

Please be there to support your team and your club.

Next up is the Leinster Senior Cup final v. Trinity on Thursday the 18th of April in

Donnybrook at 7:30pm – again, your support is required! 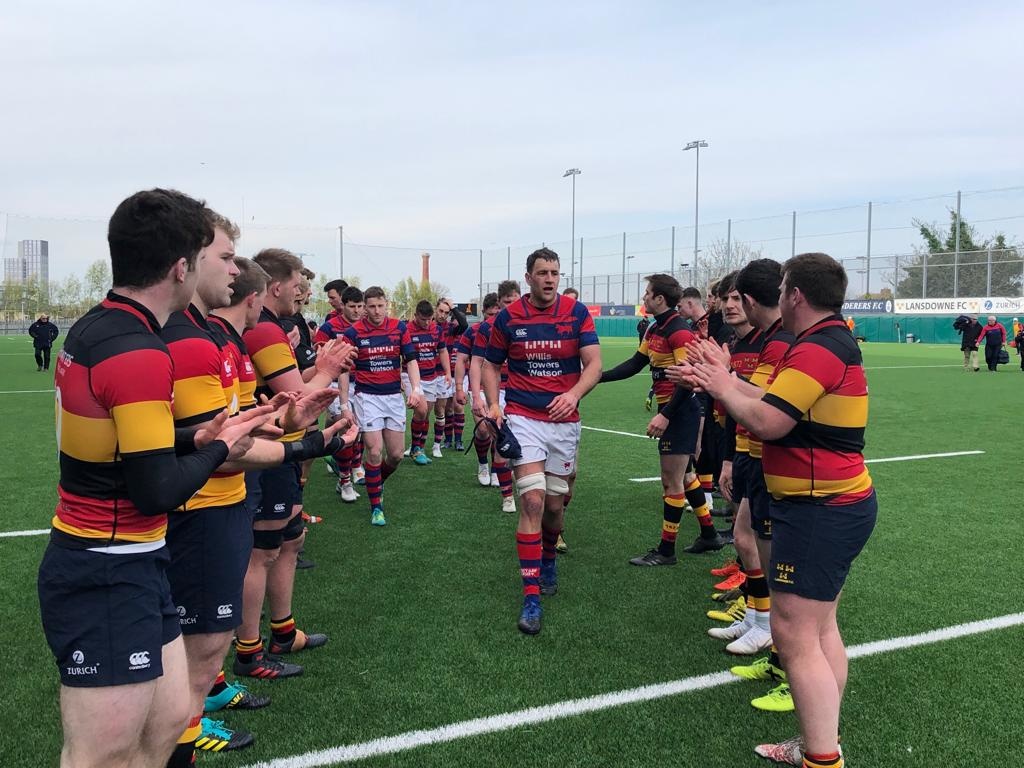