The Weather was the Winner in Blowy Ballycorus 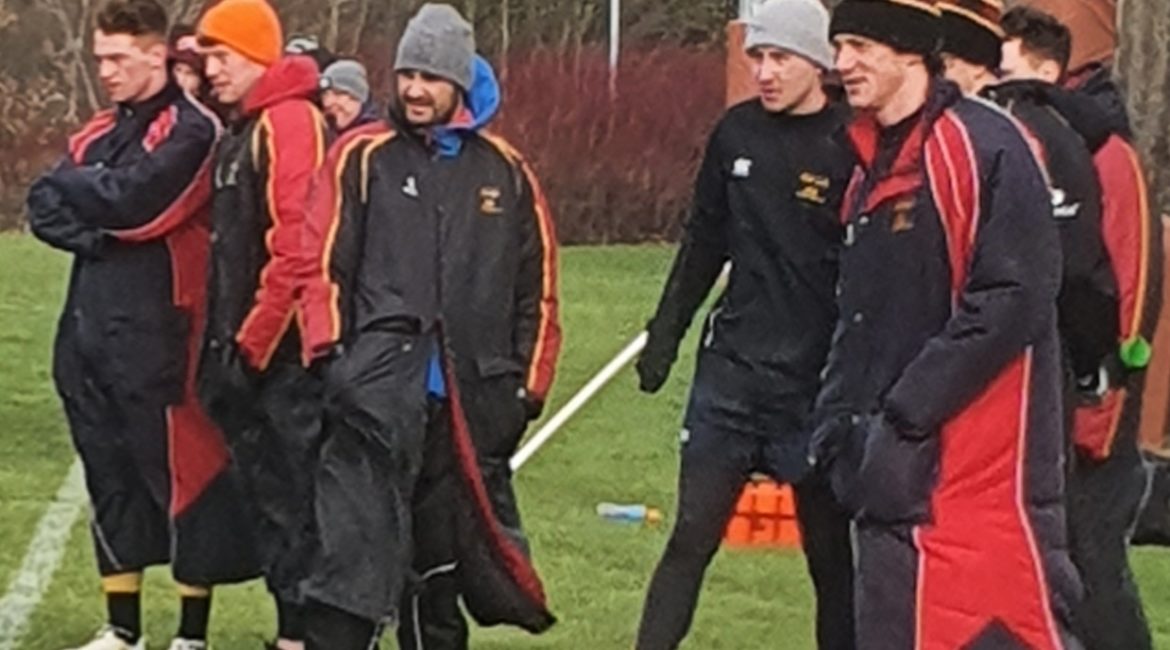 Actually, strictly speaking, Greystones were the winners, but contrasted with the excellent spectacle these two teams gave us in the away fixture in December, this contest was devoid of any open rugby with the visiting side edging the gritty contest through better use of the elements, aided by just three Lansdowne mistakes.

It’s hard to do justice to how disruptive the wind was in this encounter. But let’s try. In the whole match, there was not one lineout on the upwind side of the pitch; we lost six balls (retrieving three) with one spotted bouncing through Dun Laoghaire later that evening; and the most colorful moment of that entire hypothermic morning, was the site of a pink umbrella tumbling across the pitch at 50 kph!

But the match wasn’t without its notable features.  Despite the challenging conditions, the pack performed very well against far heavier opposition. As in the away fixture, our scrums were strong and once hooker Rory O’Donnell came to terms with the referee’s commendably generous interpretation of the crooked throw-in laws, the lineouts did well too. Our close rucking and mauling were excellent, with Aaron Daly fighting like a raging bull, as always, and gaining some very hard yards.

With the exception of a ten-minute spell in their 22, we spent most of the first half defending valiantly inside our own 10 meter line. Back rows Dave Kavanagh and Rob Hughes, as well as lock Conor Byrne put in some heroic tackles.

Unfortunately, the wicked unpredictability of the conditions confounded our players stationed in the no man’s land of the outfield.  Going several minutes with no ball and little opportunity to move, the cold must have affected the concentration as well as the outer extremities, and it was two simple lapses that gave Greystones the opportunities they needed, and we went into the break two tries down.

Even though the wind increased still further, we started the second half with commendable energy and determination, and it was a miracle or, to their credit, extraordinary defending by Greystones that prevented us from scoring. Prop Paddy Butler, back row Alex McEvoy and centre Ross Bailey Kearney coming within a hair’s breadth of the line on several occasions.

However, after 30 minutes of attack without reward, we found ourselves depleted and back in our own half and again. Greystones took advantage of an open field gap, a chip through and the now biblical wind to get over for their third try. The contest for points won by the visitors, the ref capped his excellent overall performance in torrid conditions, by blowing the final whistle a few glorious minutes early.

Back in the shelter of the dressing room, with some players and subs showing early signs of hypothermia, captain Rob Kelly quite rightly applauded his teammates for their grit and unrelenting effort despite the weather.   When they look back on the season, they’ll remember with pride the great away victory over this strong J1 side in December, of course, but there was nothing to be ashamed of in this performance either. 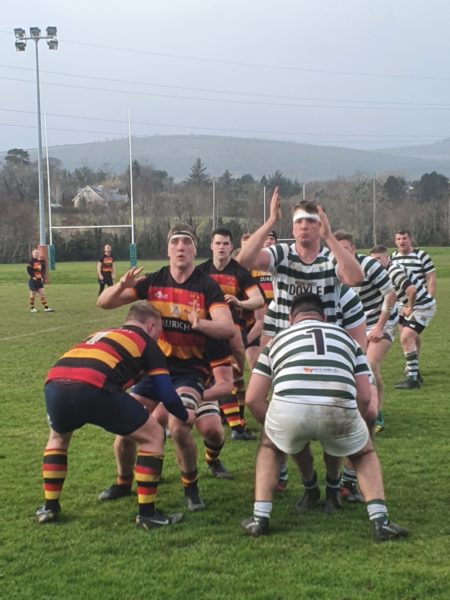 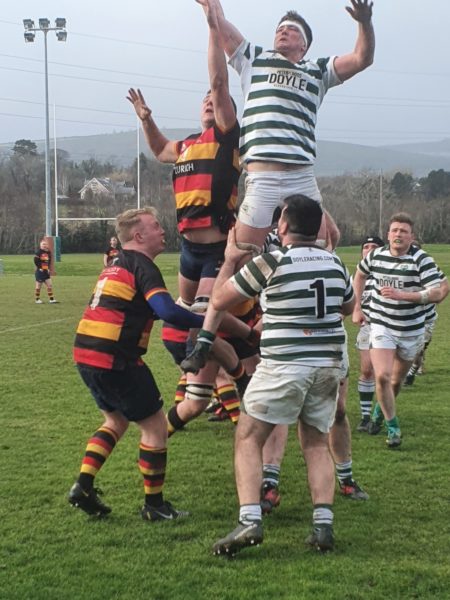