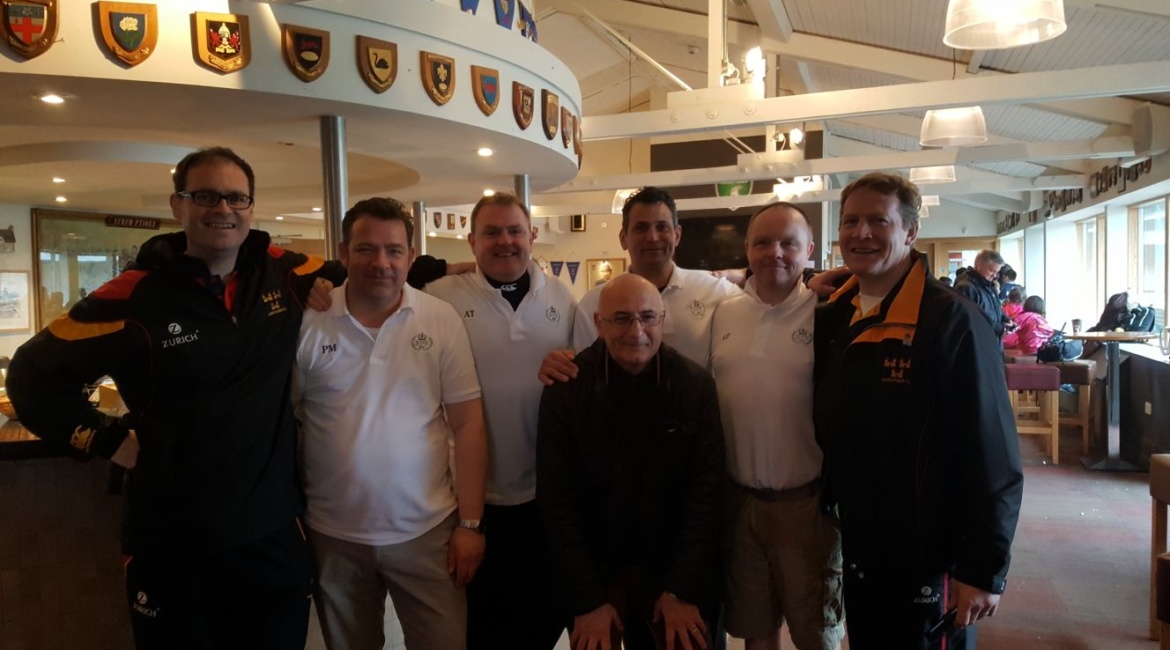 Lansdowne U11s togged out on a brutally cold and rainy Sunday morning to play a ‘round robin’ against tourists Regent’s Park RFC from London and a spirited Clondalkin side.  Regent’s Park were more used to 7s rugby, so it was essential that we marked them closely to curtail their speedy backs.

The game was prefaced by a Fortnite “Dance Off” with The Regents Park and Lansdowne players   dancing off in the lashing rain, however the main event was far more serious affair.

From the kick off, Lansdowne set their intent with a blistering counter attack and moved the ball quickly, Scrum half Alex Crawley sniping from the rucks and causing the visitors to re adjust their back line.

Despite the dreadful conditions, Lansdowne managed crisp passing along the back line, allowing centres Bobby Colbert and Fintan Lydon to punch through in attack, running riot, scoring 5 tries in total.The match against Caernarfon RFC last week stood to our boys, as we dominated the break down, ensuring that the Londoners could not get clean ball.  Solid rucking from JJ Hamilton, Senan Walsh and Evan Hayes limited the London attack.

A quick thinking Tadgh Noone identified a wide gap by the side of the ruck and a quick ‘pick and go’ resulted in a breakaway try.

Regent’s Park recovered quickly and used their speed and pace to claw back 2 well taken tries, again our weak tackling let us down ( the freezing conditions didn’t help)  but the gap in the score line proved too much and Lansdowne emerged victorious.

The second game against Regents Park followed a similar trend and  in honour of the occasion our own Stefi Saroli , former Regents Park player, donned 1 sock in Lansdowne colours and the other  sock in Regent’s Park RFC colours, Stefi also played a half  for each club getting  a good run out with all of his teammates.  (Not to mention some good banter at the end of the game!)

Lansdowne won the second match and despite the horrible weather, both teams enjoyed the day.

The Pizza Cup Final (our end of season inner squad series) was full on with both Lansdowne teams playing hard and fast, the game was contested well with both teams putting out big hits.  Darting runs from Jed Hickey and a bulldozing try from the 5m line from Jonny Treacy illustrated the desire for Domino’s Pizza; both teams played well   with the Timberwolves pulling ahead in the 1st half, the Bull Sharks rallied, but left it too late losing by 1 try.

After the final whistle Clondalkin, Lansdowne and Regent’s Park headed to the Club house for some well-deserved sandwiches and coffee/ Miwadi.

Special thanks to Alessandro Saroli  for his part in arranging the fixture and all the U11 parents for bringing sandwiches and food as well as supporting the event on and off the pitch!