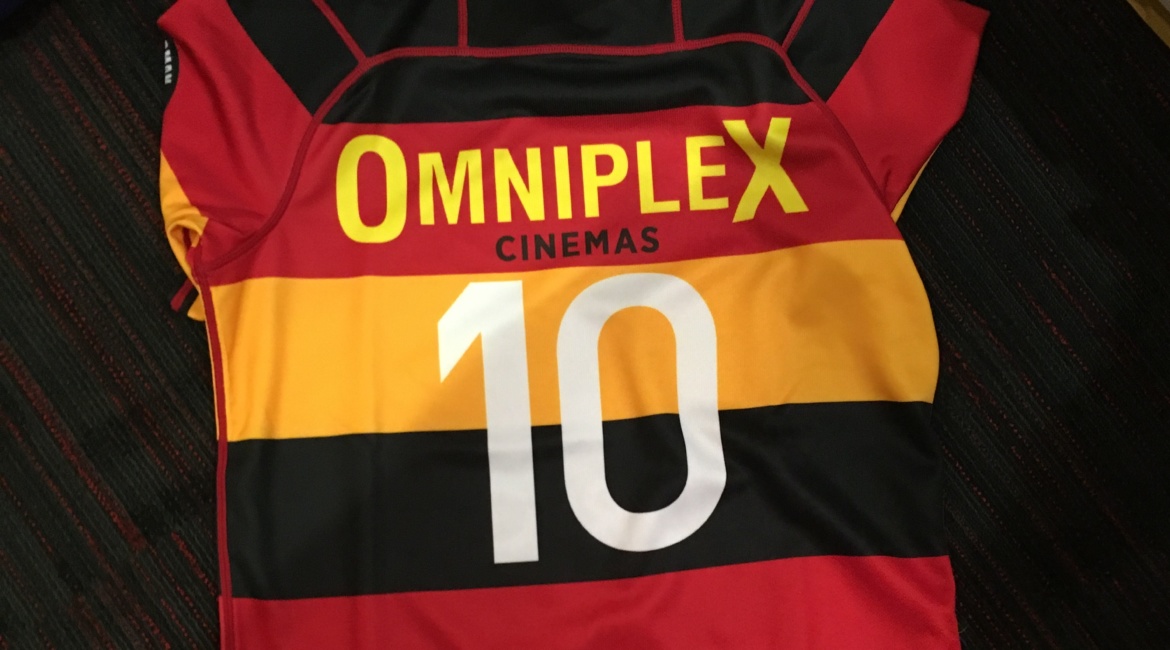 A lot of fun was had yesterday.  Thanks for coming along and thanks to the Club for providing the selection boxes with the alcohol-free mulled wine in the clubhouse.

As for the match…  Based on the tender area on my ribs there may have been a slight misunderstanding in so far as it being Tip Rugby as opposed to full contact, however, the Dads will survive and mark it down for the return game at the end of the season!

The plan was to have a combined game but the boys made it clear it was to be Father V Son….  We borrowed two of the lads to even up the numbers a little. The rules were Dads had to be double-handed tipped below the hips whereas the Dads could swat the lads anywhere, single-handed.  5 tackles and a turnover, 1/4 pitch.  Yes, a quarter pitch, we are not as young as we used to be!!

The pace (In my opinion!) was fairly brisk with the boy’s defensive line up very quickly thanks to Ntinga and Mick’s coaching. We found ourselves being pushed back tackle after tackle. However, in their eagerness to sack a Dad the boys left a few holes open on the wings. A couple of desperate hospital passes out to the wings found their mark and the Dads went up in the scores. We weathered the inevitable counter-attack but as expected, we conceded a few tries. Then came the purple patch! A couple of tries by the Dads out wide after gaining the yards in the centre due to two back to back offside calls and the Dads had their noses in front.

Thankfully after 20 mins we had to call it a halt as the U17’s needed the pitch for a game. None of the Dads complained when I blew it up! Dads, I tip my cap to you all, well done and fair play to you. It was wonderful to see the bullocking runs, the loopbacks, switch passes all being pulled out of the top drawer.

A special mention in dispatches goes to Jim Cassidy, AKA “The Thing on the Wing” who dusted off his kit and put his body on the line yesterday and who is probably suffering today due to his efforts. He gave us a magical moment when after storming his way up the touchline the Gods of rugby smote him down a yard short of glory! One for the Christmas dinner table. He did bag a brace though.

A special thanks to Brian Moran Chairman of the Minis and Youths who togged out for the Dads yesterday and helped to organise a great day in the Club for all the age groups. A big thanks also to the Bar team, Office team, Santa and the Club Officers and Committee.

Finally, to the boys themselves, not just those that arrived yesterday for the game but to the whole squad, a finer bunch of lads we (Ntinga, Mick, John and I) could not hope to be involved with. They exemplify the tradition of respect, team spirit and inclusiveness that Lansdowne FC espouse. We have had a series of tough grading fixtures due to injuries and school pullouts, but even when it was 12 against squads of 15 plus spare subs our lads turned up, fronted up and played their hearts out. Respect!