Weather the Real Winner as Lansdowne Loose up North 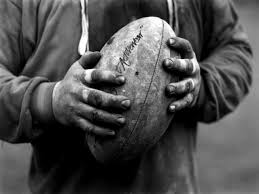 The floodlights were on by half time at a wet and windswept Ballymacarn Park and, boy, were they needed! Driving rain swept down the pitch throughout, spurred on by gusting winds, and passing and handling the bar of soap that posed as a rugby ball was a challenge that few were able to rise to.

Lansdowne, shorn of seven players from the previous week’s starting XV, and with two players from last season’s final, lost the toss, and the home side elected to play into the elements. From the outset, it was evident that the conditions would dictate matters, and Ballynahinch immediately adopted a pick-and-go style based on retaining possession and running down the clock.

The visitors were slow out of the blocks, and didn’t touch the ball for the first five minutes, during which they conceded 3 penalties. Penalties were of little use to either side into the elements, as line-out possession – if you could reach the touchline without putting the ball behind you – was a lottery and could not be relied upon. ‘Hinch tapped their penalties, and inched their way slowly up the pitch, boldly seeking to go nowhere.

The penalty count in the first half was 10-4 in favour of the home side, and they were punished twice in the first fifteen minutes, with one miss, by out-half Scott Deasy as Lansdowne sought to force errors in the Ballynahinch rolling maul and rucking approach.

That they were singularly unable to do so was a testament to the ‘Hinch forwards, who stuck grimly to their task and began to exert a stranglehold on the game. Prop Craig Trenier was always prominent for the home side, and was ably supported by second row Peter Browne and blind side Conor Joyce, who made particular inroads as ball carriers.

Lansdowne were largely out-powered as the half progressed, and the Ballynahinch forwards fought their way up-field in a war of attrition, mounting a barrage of attacks on the Lansdowne line. Young second row James Ryan took one for the team and spent minutes 24-34 in the sin bin. Reduced in numbers, the visitors defended with equally grim determination, conceding several penalties which the home side opted to scrum, but their line was finally broken after 38 minutes when tight head Trenier was driven over for an unconverted try.

Leading by only a single point at half time, 6-5, Lansdowne faced an uphill struggle during the second half. To their credit, they stuck manfully to their task, mauling the tight side and seeking to replicate the Ballynahinch tactics of the first period. The trouble was, they were not as consistent as the home side had been, and the bigger and stronger home forwards were better equipped to disrupt their possession.

Once lost, it was a simple task for the ‘Hinch half backs to put the ball fifty yards downfield, and the punishing attempts to make ground against the elements had to start again. Lansdowne were penalised for holding on in the 45th minute of the second half, and winger Chris Quinn kicked a great goal from 30 metres to put his side ahead for the first time.

Lansdowne raised their game, and their best passage of play followed. They began to make some inroads up front, and brought play into the Ballynahinch ’22. Again,

however, several minutes driving play finally broke down, and the siege was lifted by a booming kick downfield. Winger Cian Kelleher made some useful counter-attacking runs, but it wasn’t a day for the backs, and passing was a risky option at the best of times.

After 60 minutes, a Ballynahinch penalty saw play into the Lansdowne ’22. The defence failed to deal with a probing kick from out half James McBriar, and tight head Jonny Simpson was on hand to capitalise and score what was a soft try. Quinn struck an excellent conversion across the wind from wide out.

Lansdowne continued to press, and mounted considerable pressure on the home defence. The penalty count was 15-4 in favour of Lansdowne during the second half as the home side were quite happy to concede penalty after penalty until even the indulgent Mr. Colgan eventually ran out of patience and reduced them to 13 men. Even so, ‘Hinch were able to relieve the siege with one kick, and a further top class penalty by Quinn saw them extend their lead to 18-6 after 72 minutes.

This should have settled matters for the home side, but Lansdowne refused to yield, and were finally rewarded three minutes into injury time with a try under the posts by young back rower Max Deegan, converted by Deasy, to bring Lansdowne within 5 points at 18-13 and gain what appeared to be a valuable bonus point.

A long kick into the Lansdowne ’22 deep in injury time saw the visitors fluff their line-out lines, however, and ‘Hinch’s Ulster scrum half Paul Rowley seized on the loose ball to deprive the visitors of even that consolation. Winger Quinn again was the master of the winds, and floated a magnificent conversion from the touchline to rub salt in the Lansdowne wounds.

So, a first win for Ballynahinch in the league this season and, unfortunately, at our expense. There can only be one thing on the players’ minds for our next Ulster Bank AIL match on the 2nd of January against… Ballynahinch. At home. May revenge, like the turkey long after Christmas, be a dish best eaten cold……