Welcome Return To Cup Rugby With Win Over Greystones 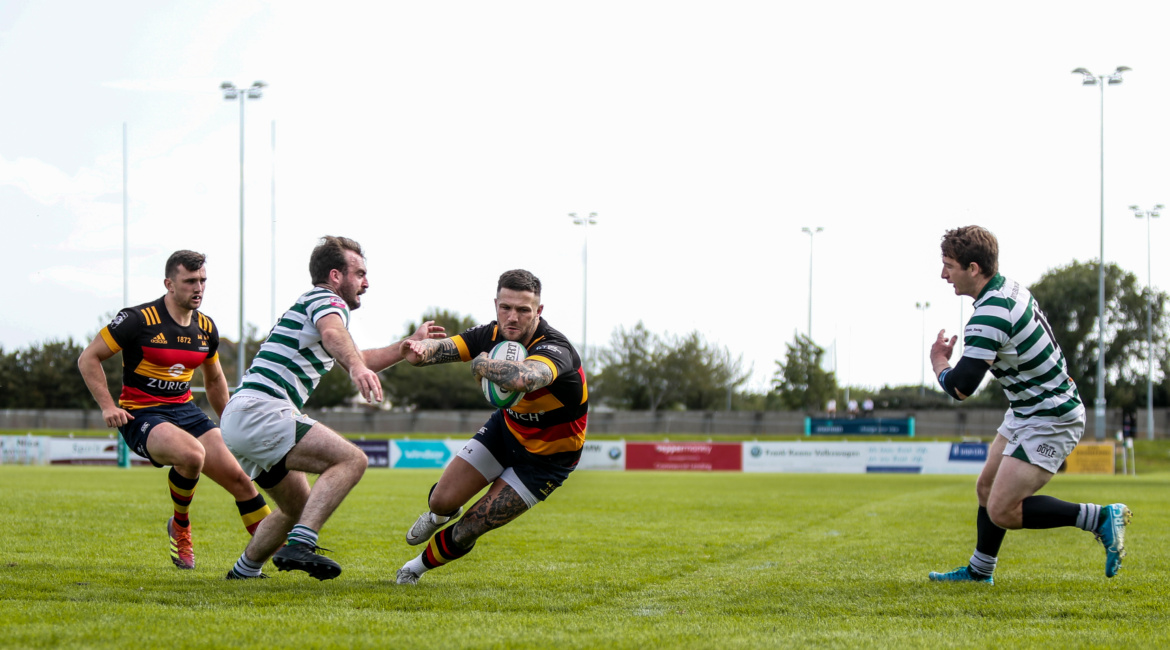 God be with the days when a Leinster Senior Cup second round fixture would have the talk of the club for weeks beforehand.

A sizeable crowd would have turned up to support their respective sides as they battled for a trophy that dates back to 1876 and of which Lansdowne have been the proud holders on no less than 27 occasions – the all-time record for wins in this once prestigious trophy.

Instead, our Cup campaign started behind closed doors due to Covid restrictions that saw team manager Paddy Gore have to talk his way into the ground along with the team jerseys as his name wasn’t on the Lansdowne permit list!

No problem to Paddy, in fairness.

Notwithstanding the confusion, Lansdowne lined out with a strong side and look well set for the season ahead. The front row had a familiar look about it, with Marty Mulhall and Greg McGrath the starting props, with the return after injury of Ntinga Mpiko and the highly promising Under 20 loose head prop from Gorey, Temi Lasisi, providing powerful back-up.

A familiar figure lined out in the No. 2 jersey, Tadgh McElroy returning after a spell abroad and a season in Clontarf.

The experienced Mark Flanagan packed down with two-time Club Captain Jack Dwan in the Row, while the back row showed a strong blend of youth (Mark Boyle) and experience (Danny Kenny) at 6 and the returning hero of former days, Clive Ross, at No. 8.

Kenny is a big lad who hails from Wicklow, and has had spells with London Irish, Ealing Trailfinders and, most recently, in Italy. Clive’s experience gained over the past several seasons with Ulster will prove invaluable over the coming season while Mark Boyle has filled out following his positive debut season last year and is a lively 7.

The interesting blend of youth and experience is repeated in the backs – a powerful looking James Kenny lined out at 9 and had a good match, his try in the 64th minute a key one and the result of running good support lines and no little pace.

Youth gets its fling at out half, and Stephen Madigan, stepping up from the Under 20’s last season can be proud of his senior debut. It was his break that began the fine move for Kenny’s try, and he appeared twice in the move as the visitors ran the home defence ragged down the right and then back for the try on the left side of the pitch.

The wingers, too, mix youth and an older, experienced hand – Ed O’Keeffe on the left began his rugby club life as a Cookie, before spells with Munster, Sale and Galwegians saw him arrive in Lansdowne this season. On the right wing, another former Under 20 who made his senior debut last season, Cillian Redmond, is a powerful runner and looks like another Peter Sullivan in the making.

Paul Kiernan, son of the great Michael, joined the club last season, but his impact was restricted due to injury. He paired up in the centre with another experienced player, Kyle Dixon, who spent last season with Navan having joined Lansdowne the previous year from Trinity. I know, I’m still trying to work that one out myself…

Sean Galvin lined out at full back, having returned after an Erasmus year away. Prior to that, he had a highly successful season with the Under 20’s. He has pace to burn and will challenge for inclusion in the back three as the season progresses.

So, a brand-new Lansdowne line-up, with Peter Hastie and the promoted Finbarr Crowley and Eoghan Buggy making up the bench, along with Liam O’Sullivan from last season’s successful J1 side, while Kerryman Paddy Nixon, ex-Trinity, provided the back-up at hooker.

Lansdowne were slow to start, and indeed it was Greystones who made the early running against the breeze, only a foot in touch preventing an early try. A penalty on 8 minutes saw the home side, whose backs looked lively enough but whose forwards were at a distinct disadvantage against the powerful Lansdowne 8 – draw first blood.

The first scrum was ominous, and Lansdowne quickly asserted a dominance which was to last throughout. The penalty count ensured the visitors played a lot of the game in the Greystones’ ’22 as young Madigan consistently pinned them back.

Scrum dominance led to Lansdowne’s first penalty try after 13 minutes. A line-out maul soon saw Lansdowne cross again, this time through the industrious McElroy. A further penalty to the corner saw Ed O’Keefe seize his chance to add Lansdowne’s third try to which Madigan added the extras for a 19-3 lead at the break.

Lansdowne’s set piece dominance and the home side’s propensity to infringe ensured there was never going to be a wind-assisted comeback by the Seasiders. James Kenny finished off a powerful, sweeping move in the 54th minute for 24-3 and the backs showed their potential for greatness with some powerful and pacey running in the lead up to Sean Galvin’s debut try and a 29-3 lead.

A further try was lost to an intercept as Greystones were rewarded for their gutsy performance and their full back ran 75 metres for a consolation try. Lansdowne book-ended the scoring with a further penalty try in injury time as the referee brought what was an entertaining match to an end.

There will be tougher tests ahead for the Headquarters side, but this was an excellent workout and an opportunity to come to terms with the new rucking laws in a competitive forum. There were too many penalties on both sides, but this will be ironed out over the coming weeks.

Certainly, with the likes of Eamonn Mills, Jack O’Sullivan, Mark O’Keeffe, Daniel McEvoy and Australian flanker James Hasson to be added to the mix and the possibility of some of our Sevens players becoming available, Head Coach Mark McHugh may have an embarrassment of talent at his disposal as we move into this most challenging of seasons. 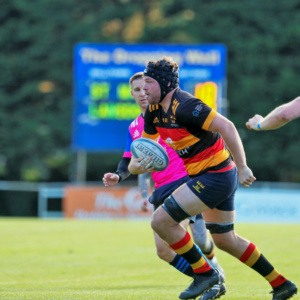