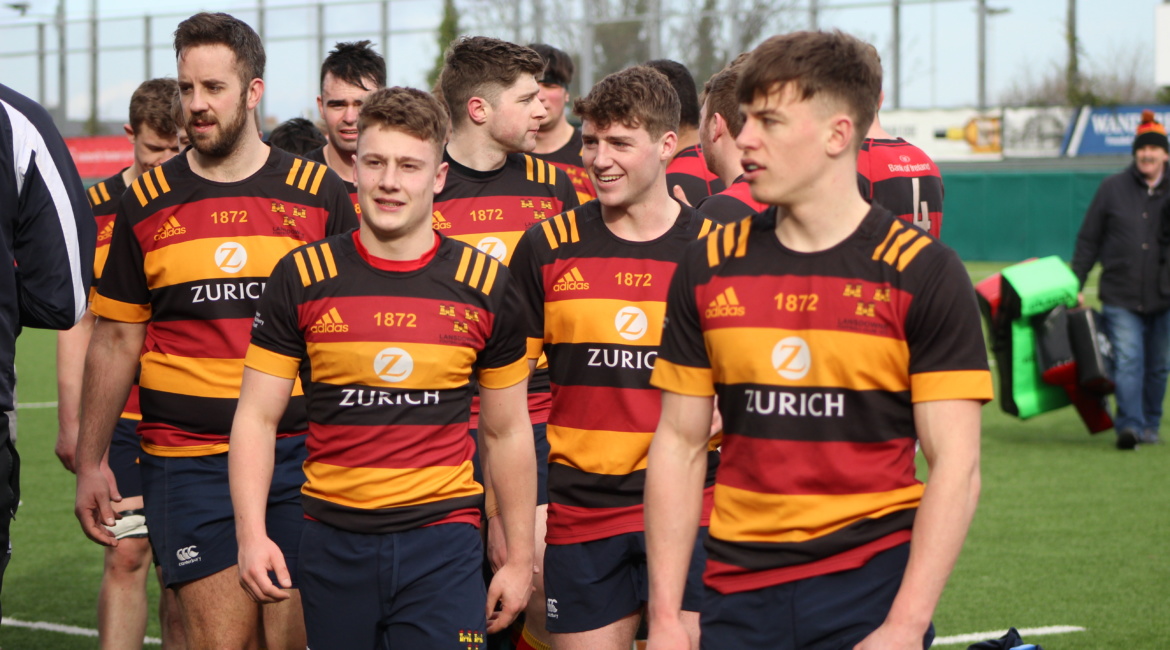 This was a big win for the J1s as they are involved in a three way fight with Old Wesley and UCD to finish top of the division in Metro One.

As a result of the win, we now lie second in the division on 50 points, one point behind UCD on 51 and one point ahead of Old Wesley on 49 points. All teams have one regular league game to play. Old Wesley play UCD in a winner takes all fixture in the last game of the season. We play Blackrock College and a win for us puts in the league final against one of the above. The venue for the final will be decided by the outcome of the above fixtures.

Turning to the game itself, this was a comprehensive and ruthless display from the start against a Dublin University team who competed but were overpowered by a strong and determined Lansdowne XV who did not let up from start to finish. In total, Lansdowne scored 12 tries to include 3 from Man of the Match Peter Hastie. Other try scorers included Liam O’Sullivan (2), Connall O’Brien, Ross Bailey Kearney, Matthew Healy, Adam Curry, Tony Doyle, Tom Monaghan and a penalty try. Dublin University crossed for two tries in return but had no answer in general to the power and execution of this season-long good team who flexed their muscles in what was a must win encounter following to back to back close losses.