Two Friday Festivals – One on the Pitch, the other on the Balcony

Lansdowne FC > All News > Club > Two Friday Festivals – One on the Pitch, the other on the Balcony 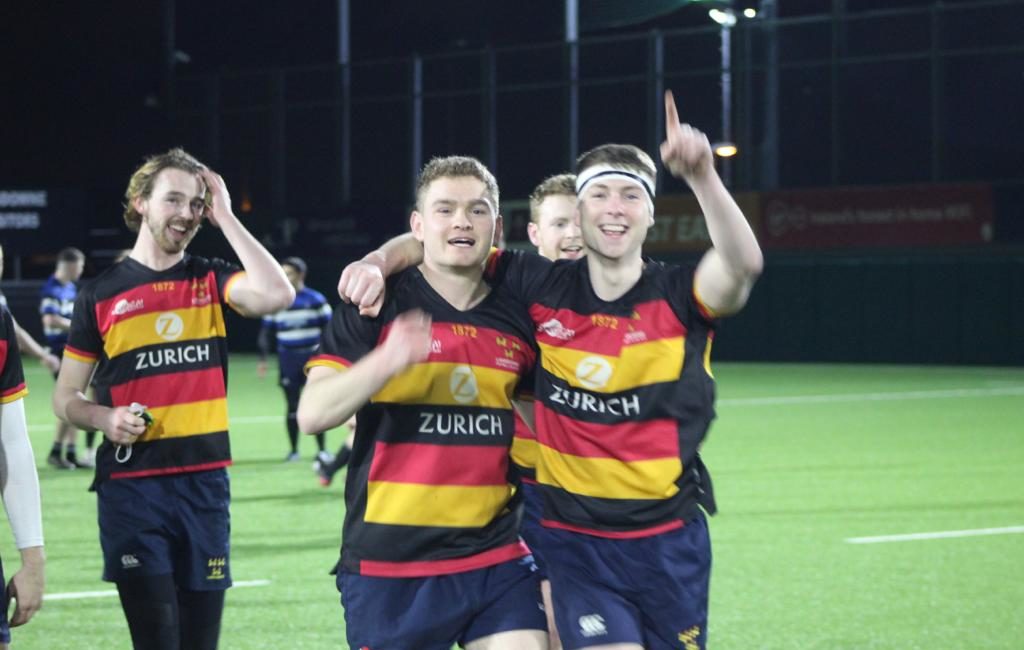 This is what Friday night rugby is all about!  30 athletes, heaving, sweating and grunting all jostling for position and dominance and all in the name of sport … and that was just on the balcony!

Below on the pitch, the final act of a drama that started in Merrion Road on that cold and wet Sunday 31 November was playing out.  Wanderers beat us soundly that day and the Lansdowne boys were eager to restore order to the world. And didn’t they just.

To be fair to Wanderers, they lost a couple of key players the day before the game and even on the day they lost another, causing them to head into this encounter a sub down.  But you can’t take away from the hunger of the Lansdowne squad that took to the pitch. They were at their best and straining at the leash to even the score for the November fixture.

Most match reports try to capture the ebb and flow of a game; the subtle shift of advantage from one side to the other. In this game, there was no ebb, just flow.  Lansdowne dominated from start to finish, playing with a degree of panache, elan and joie de vivre (why are there no English words for this kind of play?) that we haven’t seen in months, years, or maybe ever.

Try scorers (in alphabetical order) were, Aaron Daly, who was obviously even more excited than normal to be on the score sheet , Peter Fitzgerald was responsible for a lot of the “panache” in his general play (probably the name of his hair conditioner too!) and not only scored his own try but marshalled the play expertly throughout the night from ten.  Alternative out half, but tonight on the wing, Danny Hogan’s exotic all-around performance (and appearance) was rewarded with just one try, but apparently, he could have scored more, but for what he himself described as “excellent but over-generous” passing.  The strength and depth of the squad was illustrated when Rob Hughes scored his barnstorming try off the bench. Also from the bench a promising senior club career was launched when Ronan Shaw took to the pitch – the dynasty that just keeps on giving to the club!

Of course, no game these days would be complete without mention of teak-tough (and super cool, according to Tunney) number 8 Donal Liddy who of course scored a try before limping off with a badly bruised thigh. (“Bloody physio dragged me off,” he claimed later).

And the last word must go to the last man in the team sheet and probably the last man to join the squad too, full back Daragh Dennehy. And what an addition!  Daragh was the final hand on not one, not two, but three tries on the night.  Bien Joue, Daragh … to continue the gallic note.

Peter Fitz and Danny Hogues shared the kicking duties to bring up the half century, but even the try scorers named would agree that everyone shared in the glory of that night. Starters, substitutes, coaches and especially the mob on the balcony!