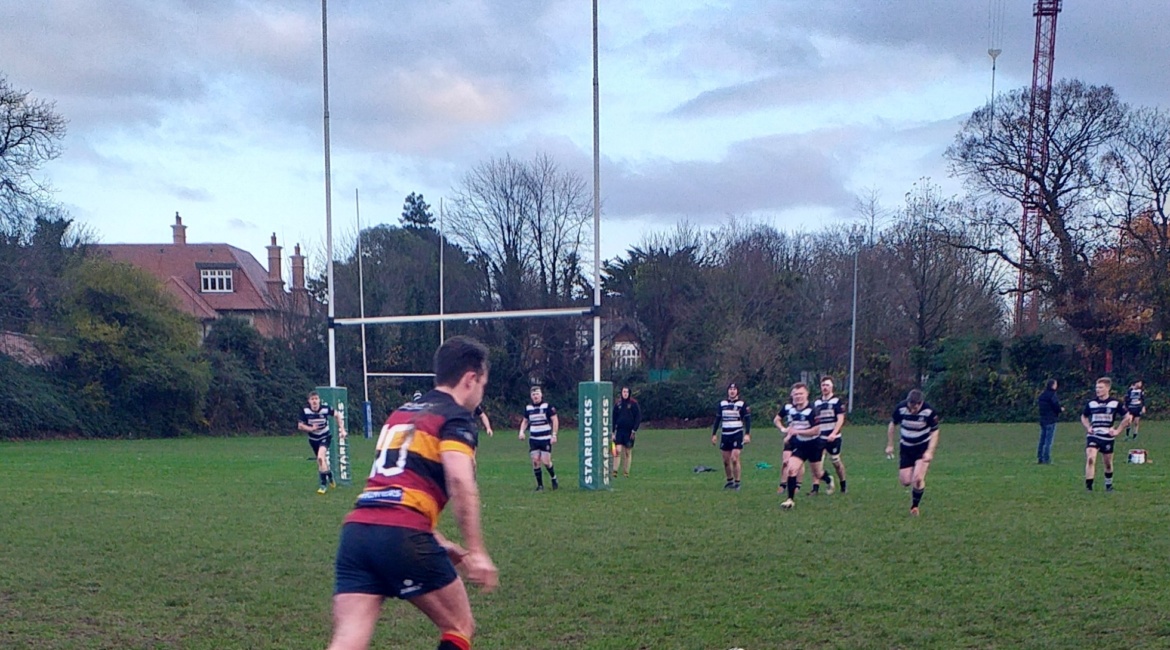 Another disciplined and dependable team performance and a few outstanding individual displays led to our second win in as many weeks on the sticky back pitch of newly named “Ollie Campbell Park”.

A quiet confidence was on display before and during this match as this group’s “player-led” recovery gathers pace.  The game’s opening 15 minutes saw Lansdowne just edging the encounter on possession and territory and only the strength and accuracy of Belvo’s kicking from the hand kept them out of more trouble.  Our break came when, after a series of phases with scrum-half and acting captain Gareth Malloy (Slugger) stretching their defence by using the full width of the back line, hooker Alex McEvoy broke through the middle of a ruck and made a charge for the line. He offloaded to his front row partner, Gavin Murray, leaving him a 15m sprint to the line for our first try, the last five with three defenders on his back!

Belvo’s reply was swift with a well taken penalty two minute later and so it remained 3 – 5 until half time.

The hosts opened the second half with an excellent try in the far corner from their powerful running outside centre and wing.  8 – 5 and we had a proper game on our hands.

The sides were well matched for the third quarter with Belvo camped inside our 22 m for most of it. They attacked through the centre, but our forwards held firm; and they tried out wide, but our backs having been caught once on the wing, shut that door firmly.  Our defence was resolute and, most significantly, under severe pressure we didn’t concede any penalties.  Arguably the turning point of the game wasn’t a dashing break or a score, but a turnover ruck where outhalf Will McEvoy latched on to a tackled player and held his footing long enough to win the penalty on our 10 meter line. It was as good a score.  Will cleared our lines himself and we spent the remaining 25 minutes in their half.

The killer blow came when Slugger broke through the middle and took us within 12 metres of the line. A rapid clean out of the defence led to lightening quick recycle and the ball came out to Will. He kept the pace and strength of the attack up, powering under the posts for a try, which he then converted. 8 – 12.

Not to suggest it was just the Gareth and Gav Show, with a special appearance by the McEvoy brothers, every man on the pitch and the bench played a big part in this victory. Our set pieces were excellent with Brennie O’Malley and Gavin out playing their much bigger opposite numbers in the scrum; Henry Lynch was ultra-dependable in the line outs and the backs attacked when they could and stood their ground bravely in defence, with Shane Donnelly and sub Conor Curley taking big hits for the cause. Replacement scrum half Rob Kelly also kept Belvedere honest with crisp passing and huge and accurate clearance kicks when needed.

Having put Belvo to the sword, Will twisted the blade with a further two penalties in the last five minutes.  8 – 18 it ended.  Bien Joue, as our Gallic brethren keep saying!