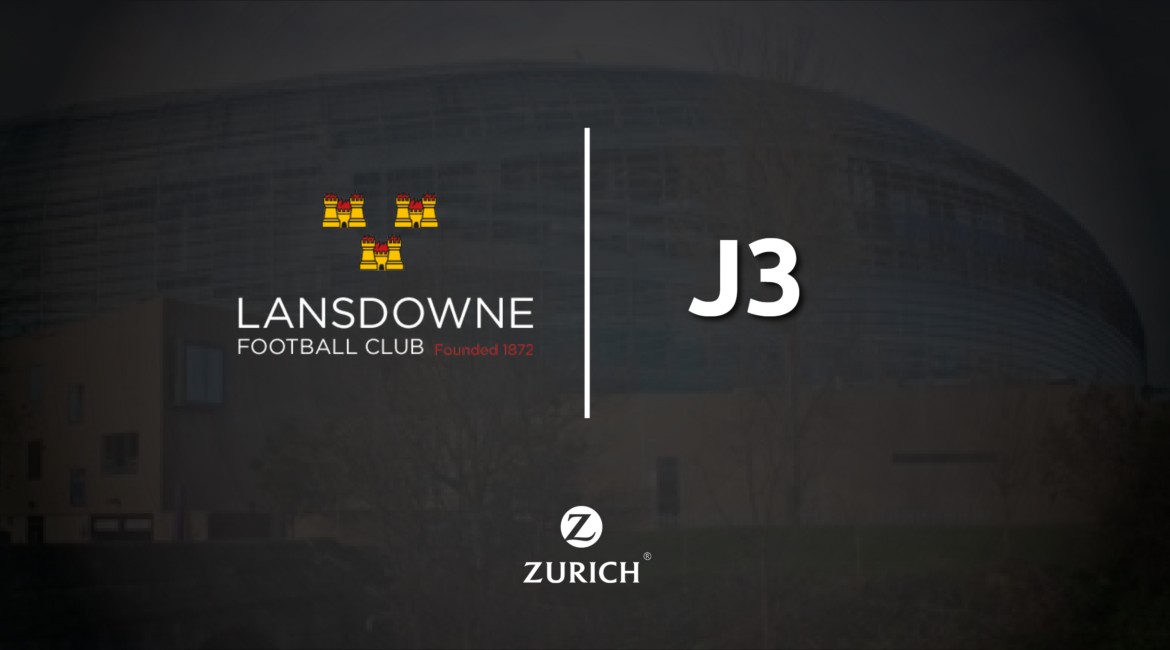 A sparking example of junior rugby at its best with creative footwork and handling going hand in hand with dogged hard work to give the supporters at HQ on Friday evening a real treat. The biggest problem was picking man of the match.

The sides looked well matched in the early stages as we exchanged penalties and scores to be 10 points each after 15 minutes.  John Delaney opened his overall tally of a try, three conversions and two penalties for the night with a penalty and conversion of the first of Thomas Costello’s two excellent tries. This one finished off a great run from newly appointed centre Andy “I’ll play anywhere” O’Reilly.  Thomas’ “Tossy’s” second try started with a break from Ross Farrell 50 metres up the middle of the pitch “like a runaway train” (according to the Wizard of WhatsApp, Sean O’Driscoll), going through snipping breaks from Aaron Grogan before Tossy ran a hard line to go over the line near the posts. JD converted with consummate ease again and by now Lansdowne were really showing their class. The game and the bonus point were sealed when Lansdowne fought their way back up the pitch after a long 22 drop out and according to himself, “the vastly underrated” Andy O’Reilly finished off with a great run with a try in the corner that he did in fairness richly deserve.  As a Christmas courtesy to the sporting visitors, we let them wander over the line in the closing minutes to give the scoreboard a more respectable look for a 32 – 20 finish.

Candidates for man of the match obviously include Thomas Costello for his brace of tries and tenacious tackling all night; and of course Andy O’Reilly showing his true club man colours slotting into a new position in the backs and scoring and assisting tries; special mention too for great performances from Ross Farrell, James Mulligan, Pierre Poulard and especially on his first outing in a Lansdowne jersey, the pocket rocket Julien Lapassas, who had a great debut at hooker.

But whatever about man of the match, contender for try of the season has to go to John Delaney for the ridiculously cheeky chip over the head of his opposite number, gathering the ball at the other side and sauntering under the post to make his own subsequent conversion just a little easier. Pure class JD!

Man of the match?  You choose!

Reply on TwitterRetweet on Twitter210Like on Twitter3247
Load More...