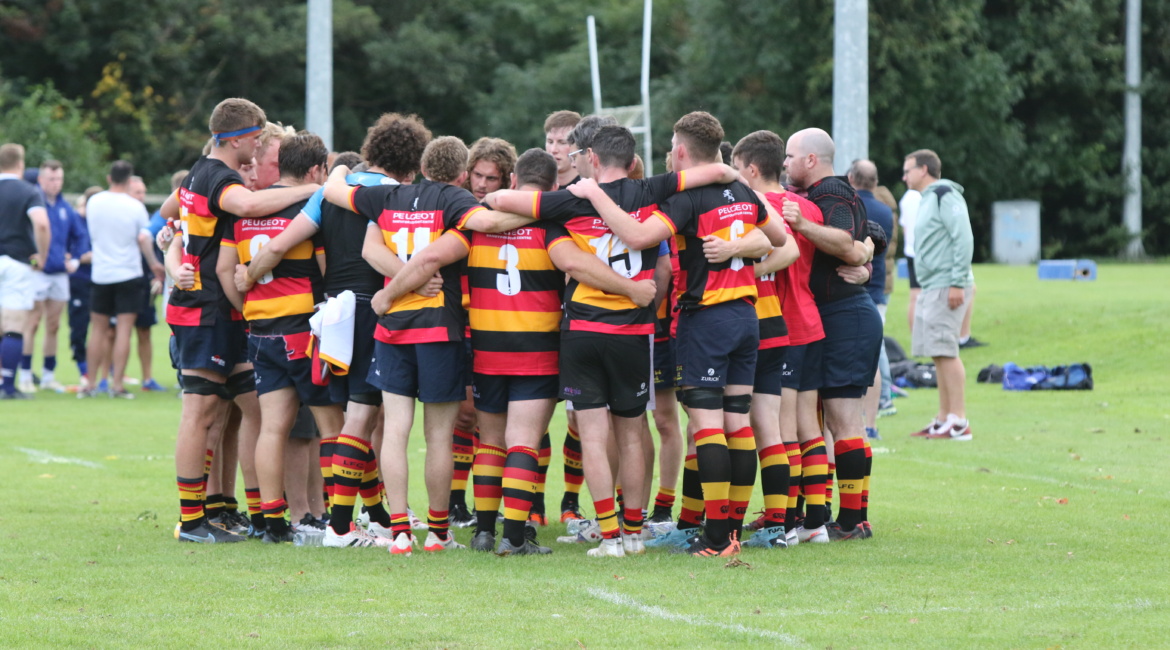 Lansdowne J2s progress to the finals of the O’Connell Cup, delivering an emphatic win after a tense encounter.

Bookended by an explosive start and a powerhouse finish from Lansdowne, the bulk of this match was a typical cup tie: fiercely competitive but sometimes containing more passion than accuracy.

After Mary’s missed a penalty chance, we regained territorial advantage from the kick out and won the ensuing line out.  The move that followed was straight out of coach Michael “QDog” Quinn’s playbook: the lineout maul set Mary’s on the back foot and when the ball came out from scrum half and captain, Rob Kelly it went short to hard running and seasoned number 8 Michael Fitzgerald, who burst through the gain line and made some hard yards, before off-loading to equally hard running U20 freshman, Oscar O’Brien. Oscar opened what was to be a match-long barnstorming performance with the perfect start, scoring confidently under the post.  7 – 0.

Mary’s came back with gusto, placing the ball deep in our territory and working the phases well from the ensuing line out and after an excellent final off-load, scoring in the corner. 7 – 5. Half time.

The third quarter was an extended period of tit for tat, plenty of endeavor and energy, overshadowed by early-season errors on both sides. Penalty kicks were exchanged and with less than 10 minutes left on the clock, Mary’s had the edge on 10 – 11. One notable achievement of this period was that the Lansdowne penalty count was refreshingly low.

But as the game approached the final stages, it was clear that the unseasonably warm afternoon, or maybe the altitude in Ballycorus was taking its toll on the visitors and the Lansdowne pack asserted their dominance. We now started to take the upper hand in the scrum and the lineouts.  Already good under the accomplished throwing of Luis Castro, the lineouts became even more dominant with recent recruit from Holland, Rik Van Dijk finding French jumper Jacques Chapeau at greater and greater heights, lifted by prop Aiden Leahy and other stalwarts.

And the forwards’ supremacy finally paid dividends, with a series of Rambo moves punching holes through the middle of the Marys’ wilting defenses and with three minutes lift on the clock, Evan “Fuzz” Fenton went over for a vital try under the posts, converted by Oran James.  17 – 11 with just two minutes to hold out.

But just “holding out” wasn’t on the menu … if the backs had been having a relatively quiet day so far, they stepped up and put the final nail in St Marys’ coffin now.  Sub winger, Ger O’Connor broke the first line of defence, but a magnificent 50m break from centre/full back, Bill MacNamara ripped a gap in the Mary’s midfield and he off loaded to Ross Bailey Kearney who finished off in the corner.

Thanks to Brian Whelan for the Match Report and Michael O’Brien for the Photos.

Reply on TwitterRetweet on TwitterLike on Twitter13Twitter
Load More...