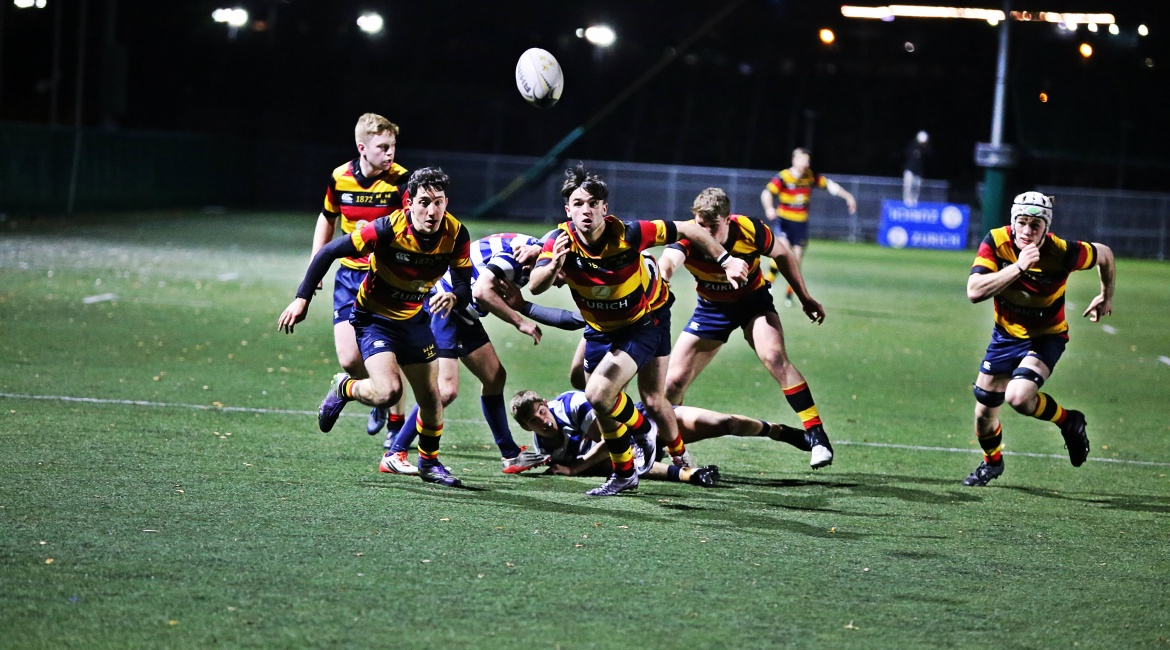 Lansdowne U20s continued there impressive JP Fanagan Premier 1 Leagueform with a convincing 52-7 win against Blackrock under the lights at Headquarters on a cold but dry Sunday afternoon.

Lansdowne opened the scoring when Tim Murphy broke on the blind within his 22 before Daragh Murphy carried well into the Blackrock half. From the breakdown, Peter Hastie kicked wide for Sean Galvin to collect and score under the posts. A wonderful start.

Lansdowne increased their lead when David Lynch showed good footwork to go over unopposed. Then Robert Duffy off-loaded for Robert Wynne to score and the bonus point came on the half hour when Ross Victory grounded after the pack mauled over.

Shortly after the break, Michael Heaney shimmied his way over after some excellent handling. Peter Hastie converted all of these 5 opening tries.

Lansdowne were rampant now, and Michael Roche galloped over after Lansdowne ran from their 22. Rock , who were running everything themselves, scored after several phases were defended.

But Lansdowne finished the game in attack with further tries from wingers Peter Fitzgerald and Peter O’Sullivan. One converted by Tom Monaghan.

Next up is a Top of the Table clash against UCD in Lansdowne Rd this Sunday. All support welcome.