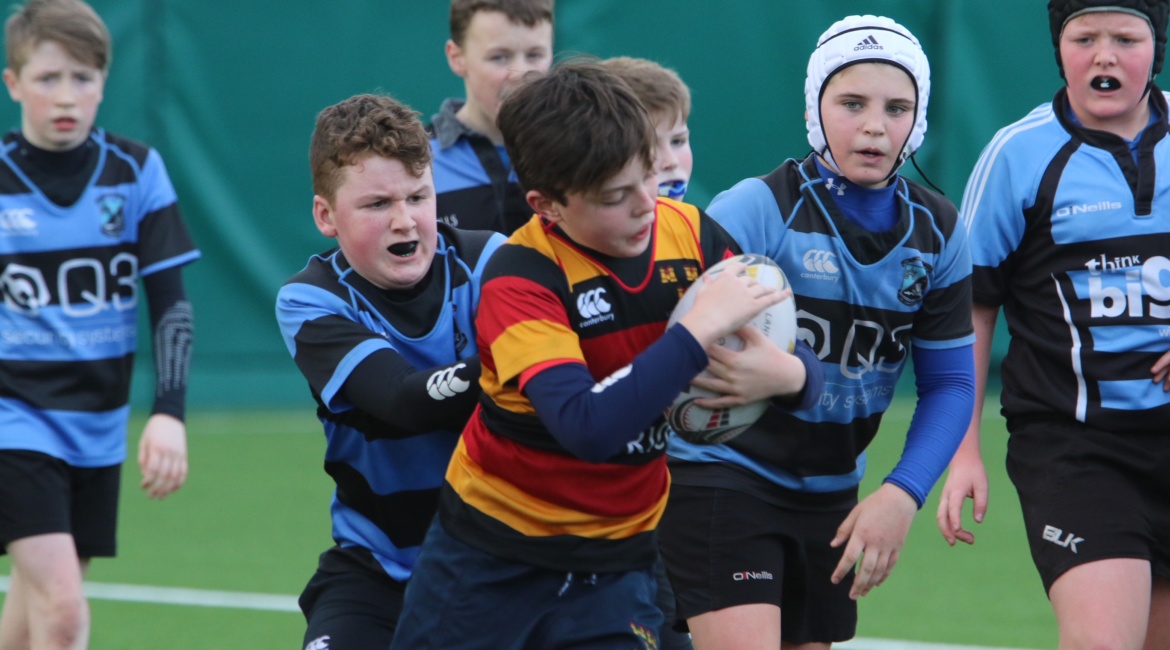 Lansdowne U12s hosted Shannon on a sunny Saturday in HQ  as a pre –showpiece before the  1st XV  Lansdowne vs Shannon  AIL match.

We had a bare bones team due to the Mid-term break and  GAA Grading Matches throughout Dublin, and  had to call up  U11s  stalwarts Sean Rooney & Mathis  Padioleau, a huge step up for the boys to play  U12s, especially  against  a solid  Shannon outfit who fielded two teams.

From the kick off, Lansdowne showed their intent  with a well collected ball by Myles Berman who made 20 metres through the  Shannon defence, our forwards drove over and protected the ruck ball, allowing  Cathal Troy quick ball. The intensity of both  packs was noted by many of the spectators and the pace was frantic. The larger Shannon pack  provided a stiff test at scrums but  the Lansdowne Front row of Senean Walsh, Etienne Doreau and  Evan Hayes held firm as each scrum was hotly contested , with each pack  binding hard and driving to get the ball.

Pin point  cross field kicks by Teddy Corrigan  to the wings,  and sharp  passing to strike runner Fintan Lydon  kept  Lansdowne on the front foot and proved  hard for Shannon to handle, Lansdowne continued to get quick ball out to the backs and  speedy winger Zachy Bouchery made constant breaks up the wing, pushing the Shannon defence to  the limit.

Both Teams counter rucked hard and every ball was fought over tooth and nail. Tempers flared off the ball and one Lansdowne player and a Shannon player were sent to the sin bin to cool down after a punch up , a minor blip in a well -played, disciplined game.

Ferocious tackling by Andrew McGauran  who was relentless, shut down any meaningful Shannon counter attack, while JJ Hamilton  and Josh Byrne roamed the fringes of the breakdown  grabbing loose ball and making constant  gains by ‘pick and go’.   Our U11s (Sean Rooney &  Mathis Padioleau) got stuck in to the rucks , tackled hard and ran great support lines, growing in confidence and stature as the  morning progressed.

Shannon were no push overs, and had darting runners and powerful forwards, and scored off a nice counter ruck catching Lansdowne on the fringe;  the match continued back and forth and  the handling and passing on  both sides was first rate, Lansdowne dug deep and managed to pip  Shannon  for the well fought win. 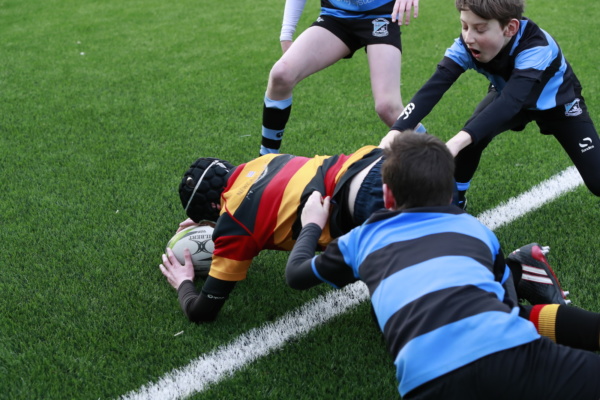 The  2nd Game continued with the same intensity,  both teams going hammer and tongs, Lansdowne forwards  breaking the gain line and protective the ball, Brian Hughes   and Tadgh  Noone   were notable in their  ruck defence and again  our backs   Myles Berman and Fintan Lydon  ran riot through the Shannon defence and Andrew McGauran supporting  and as always hunting down any Shannon player that attempted  to break our lines.

Excellent  control under pressure  from Scrum half Cathal Troy and Teddy Corrigan marshalled the boys into  a sold attack,  as  Lansdowne kept the pressure and focus, going through  six phases of possession to score a lovely team try.

Lansdowne’s fitness prevailed  and  constant hard hits and fast running allowed Lansdowne to “turn the screw” and the boys turned up the intensity to  run away in the last half, scoring 3 unanswered Tries, sealing  a memorable double  win over a seriously  strong Shannon side. 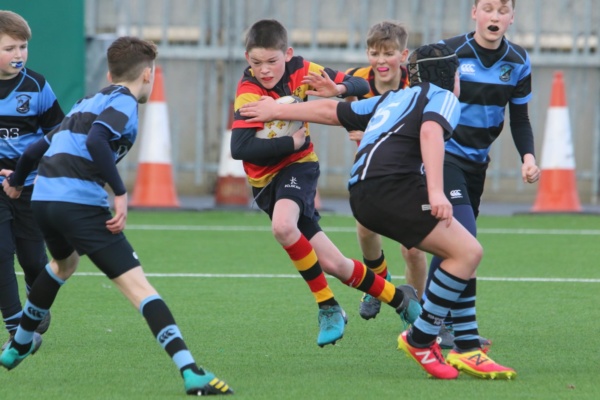 Afterwards  all the boys, Coaches and parents  ( including Coolmine RFC) retired to the Clubhouse where the boys had sandwiches  & Miwadi ( Thanks Elayne & David !) and chatted about all things rugby & Fortnite!  There was great banter and buzz in the club house and the U12s definitely set the marker and tone for our Senior 1st XV who  secured a  hard fought bonus point win   to seal the treble over Shannon by Lansdowne 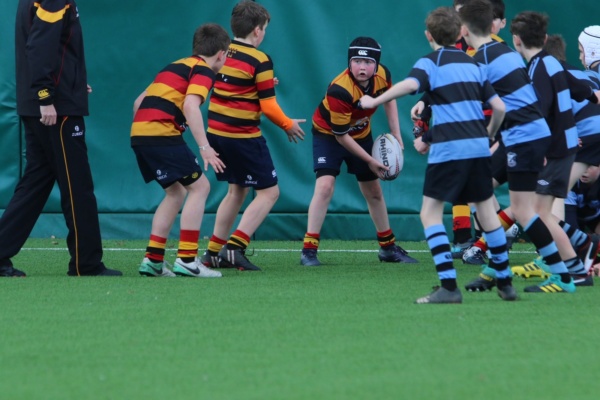