Passion and Pain not enough to Hold on to Albert O’Connell Cup.

Lansdowne FC > All News > Club > Passion and Pain not enough to Hold on to Albert O’Connell Cup. 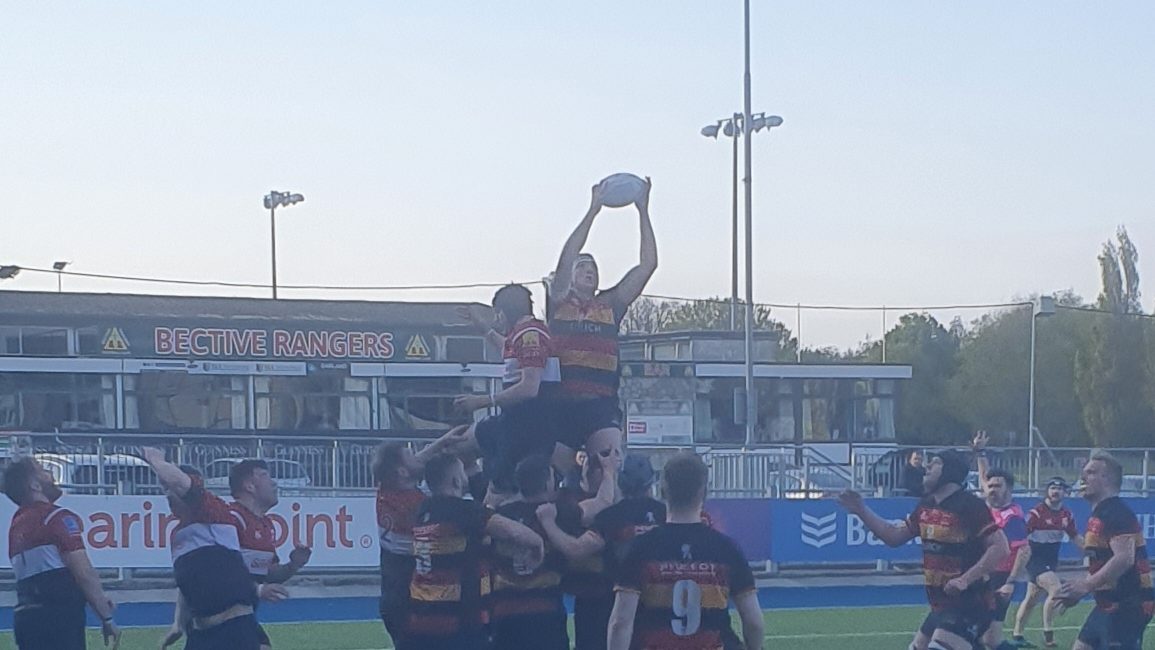 Old Wesley ended up well-deserving winners of the Albert O’Connell cup, but you’d be forgiven for wondering what might have been if our passion had been tempered by discipline and we had been allowed to play the open attacking rugby that characterized this group’s entire season. But that’s spilled milk so let’s reflect on the brave performances of this game and the season that led to it.

From the kick-off, it very soon became clear that discipline would be a problem, with two penalties awarded against us in the first five minutes, one missing and the other going over the bar for a 3 – 0 advantage to Old Wesley.

We seemed to have settled in after the first few shaky minutes and we were working through our phases well on their 22 when an Old Wesley back intercepted a pass and ran the length of the pitch, being stopped just inside our 10-meter line. The Wesley support was quickly there in force and within two more phases they were over the line.  8 – 0 and only ten minutes played.

But we seem to have become accustomed to bad starts, almost happier when there’s a hill to climb, and so there was a calm resolve in the following 20 minutes as we lived in their half pressing and probing. The first glimpse of light came when winger Danny Hogan converted a long penalty 8 – 3 and following another period of pressure, our ever enterprising blind side wing-forward Alex McEvoy was rewarded with a try, which Danny also converted. The score now 8 – 10 and five minutes to go before the half time break, we seemed to have established some control over the game.

But Old Wesley aren’t league champions and beaten finalists for Albert last October for nothing and they came out fighting from the restart running the ball wide for another try. The conversion was missed, but the penalty that soon followed wasn’t and we went into half time down 16 – 10.

The full extent to which penalties against us would dominate the evening couldn’t have been foreseen at the beginning of the game, but there was a clue at half time.  We were behind on the score board but way ahead on penalties with seven against us and just two against them.  And in the second half things would get even worse. From the restart, and in spite of the coaches’ entreaties at half time, we conceded penalty after penalty, then one yellow card after another. With just 13 men on the pitch, and some of those out on their feet, we conceded three more penalties in painful succession. At this stage, no real rugby was being played and all the Old Wesley seemed to have to do was to do nothing and watch us implode. 25 – 10

However, in the last quarter and 15 points ahead, Old Wesley did have to defend like demons, as we returned to 15 men and were able to use our bench fully. The hill we had made for ourselves was probably too difficult to climb, but this wonderful group of players weren’t going to leave anything on the pitch. As exhausted or injured starters came off one by one, like Aaron Daly, his shoulder having given up long before he did, and Conor Byrne, as close to complete exhaustion as it’s safe to be, the fresh legs of the likes of Shane Kennedy and Rory Cunningham inspired those men still on the pitch. In defence, we crushed them with tackles, Oscar O’Cleirigh cleaving his opposite number on two occasions, while in attack we were relentless, spreading the ball with the style and panache that had got us this far in the competition. One too-often-unsung hero all year Paddy Butler put in another bravura performance, switching from tight to loose-head prop in the last phase of the game but continuing his Herculean effort. Openside wing forward Rob Hughes was another warrior that pushed himself to the very edge as we tried to get back in contention.

And special mention also for captain and scrum half, Rob Kelly. Rob had shipped a horrible sprain to his ankle at the semis in Monkstown and had spent the intervening two weeks working hard in rehab to bring it back to life. Another two weeks might have seen him right, but on the day, the pain and immobility clearly impaired his normally lethal attacking breaks and clearance kicks in defence. However, his passing was somehow as crisp as ever and in particular his leadership by simply staying on the pitch for the whole 80+ minutes was an inspiration to his teammates.

Another two men who have been praised often in these reports deserved as much again and more here today: Donal Liddy and Ross Bailey Kearney were spectacular all day, but particularly in these last agonizing moments of the game. Liddy tackled and mauled like a man possessed, as usual, and also made one of the breaks through the middle of the ruck that brought us down the pitch into the danger zone and released the ball to the backs outside their 10 meter line.  Well into injury time now, the ball came to RBK on the left side and, as he has done so often before this season, he set his eyes on the line and dropped his head, burrowing over the last few meters for a try.  He then took the ball and ran back 20 meters and drop kicked it between (or nearly) the posts!

The officials were taken a little off guard by the speed of the “conversion” and in one of the few decisions to go our way all night, the points were added. The scoreboard read Old Wesley 25 – 17 Lansdowne.

A lot to talk about and build on from the game, but it was a really great season full of improvement and especially fun. And on a  personal note, it’s been an honor to work with and report on these Lansdowne men of Junior rugby – players, coaches and future coaches alike. I can’t wait to see what we can do next season in the club’s 150th year.

Assuming we survive the tour, that is!