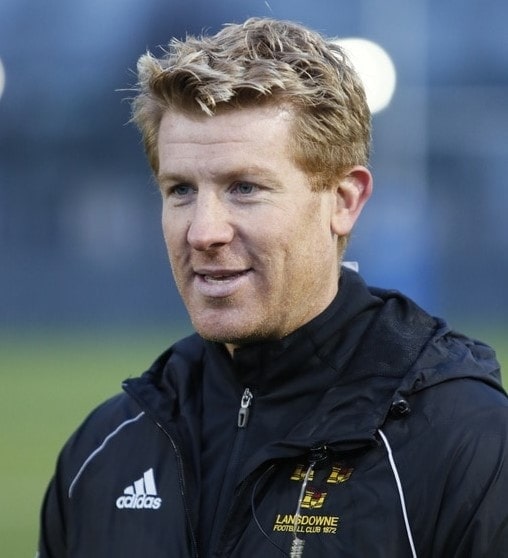 As our newly appointed Head Coach, we thought the members might like to get know Mark McHugh a little better so we threw some questions at him and he kindly indulged us.

Can you tell us a little about your playing career?

Started playing at 6years old in Drogheda RFC (now Boyne RFC). Played minis and youths rugby at scrum half but subsequently represented Leinster Youths and Ireland Youths for two seasons in 1995 – 1997 at out half, captaining the Irish Youths team in my second season (a team which also included Lansdowne FC player, Shane Horgan).

Was a member of the IRFU national Academy and moved to DUFC (Trinity) for season 1997-1998 and enjoyed two years there, the second of which was Tony Smeeth’s first year as DoR.

Played for Ireland U21s in RWC in Argentina summer 1999 and then switched clubs to St Mary’s College RFC. At the same time Mike Ruddock was Head Coach of Leinster and I was included in their European Cup squad in 1999. My first Heineken Cup start for Leinster was against Leicester Tigers in Donnybrook in a match we won 27-20. That same season I won the AIL as a player with St Mary’s College, beating Lansdowne in the final (I don’t think Stephen Rooney has ever forgiven me).

In 2001, I moved to Connacht and enjoyed 6 years in Galway, playing over 100 times for the province. One of my highlights was kicking a winning drop goal against Leinster in Donnybrook in Sept 2002 (ironically the last time Connacht beat Leinster in Dublin!).

In 2002, I travelled with Ireland to Russia for a RWC qualifier and in 2003 I was a part of the Ireland squad that toured Australia and the Pacific Islands, winning my first (and so far only) cap against Tonga, scoring a try in a game we won 40-19.

In 2007 I moved to the south of France and the beautiful city of Montpelier. I played for two seasons in the Top14 and it was certainly a very different experience, both rugby and lifestyle than Galway had to offer.

What is your coaching background?

On moving home to Ireland in late 2012, I took up a small role with DUFC as Assistant Backs coach, helping Tony Smeeth.

In the summer 2014, Mike Ruddock asked me to come to Lansdowne to coach the backs, a request I could never refuse.

Also had the privilege to be appointed as Ireland Club International team Assistant Coach in 2016, beating France in Paris before losing to Scotland in Cork.

I live in Malahide with my wife Orlaith and we have three beautiful children – Lucas, 10, Jacques, 8 and Elodie 3. I work for Paddy Power Betfair in their Compliance function, heading up the Regulatory Licensing department. Great company to work for, only downside is the commute from Malahide to Clonskeagh ☹

When I’m not working, coaching or parenting, I enjoy playing a bit of tennis. Scheduled to play ex Lansdowne President, Mr Kieran Mulligan but he’s running scared and has so far refused to play 😊

Try to get to the gym three or four times a week in an effort to stay both mentally and physically healthy which I think is so important.

What are your plans for the future?

Immediate plans, put together a strategy to beat Terenure RFC in our next AIL match.

Beyond that, try to enjoy the privilege of coaching such a fantastic bunch of players and hopefully facilitate them and the club to enjoy some success on the pitch. AIL and Bateman Cup this year would be nice (no pressure!!). I haven’t really thought much further than that!

Who are the best players you’ve played with and against?

Played against: Christian Cullen (he’s still my favourite player of all time and although he wasn’t at his peak when he played for Munster, he was still quite handy!)

Afraid I’ve no idea what you’re talking about. Are these restaurants? Don’t think I’ve ever eaten in either. Give me a sushi restaurant over either of them any day!

Thanks Mark and best of luck for the rest of the season! 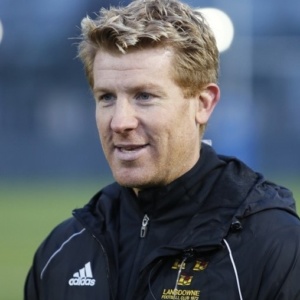 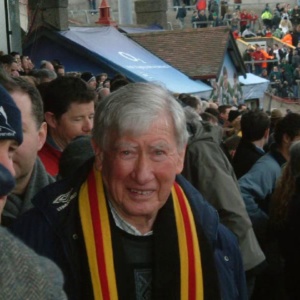 Under 20s retain the John Craig Cup after completing the double this season against @UCDRugby with a 29-14 away win today. Well done to all👊🇧🇪

We will face @Saracens at home in the quarter-finals of the #HeinekenChampionsCup on the weekend on 3/4/5 April.

Further fixture details and ticket information will be confirmed in the coming days.

This week's news and events from Lansdowne https://t.co/w9ekPhEYeu

Fixtures for this weekend | The 1st XV have a break, be sure to get down to support the Junior teams & U20s!
⠀⠀
#Since1872 #EnergiaAIL

Under 20s retain the John Craig Cup after completing the double this season against @UCDRugby with a 29-14 away win today. Well done to all👊🇧🇪

We will face @Saracens at home in the quarter-finals of the #HeinekenChampionsCup on the weekend on 3/4/5 April.

Further fixture details and ticket information will be confirmed in the coming days.

This week's news and events from Lansdowne https://t.co/w9ekPhEYeu

Fixtures for this weekend | The 1st XV have a break, be sure to get down to support the Junior teams & U20s!
⠀⠀
#Since1872 #EnergiaAIL